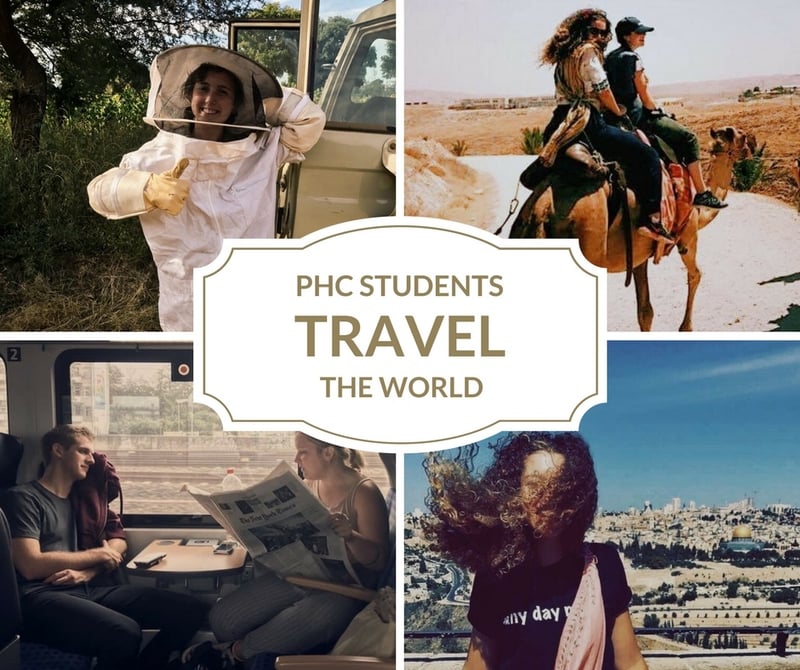 Whether backpacking through Europe or rafting down the Jordan River, Patrick Henry College students take opportunities to learn through travel, each destination leaving a long-lasting impact.

Freshman Abby Rose spent four weeks visiting her sister in the African country of Tanzania. She did everything from hiked the mountains around the Sumbawanga valley to harvest honey. 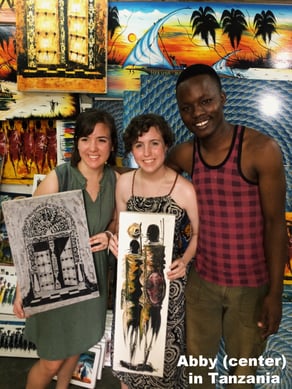 “It was so important that we didn’t touch our faces through the protective net while we were with the bees," Abby said. "If we did, the bees would be able to sting us, and when one bee stings, the entire colony attacks you."

She also learned about Tanzanian culture.

“When you address others in the language of the village, you call everyone ‘brother’ or ‘sister’," Rose said. “The lives of those in the village are so simple, and because of this there is such peace and happiness in their lives.”

Junior Nikki Cordaro spent most of her summer backpacking through Europe. She lived out of one backpack containing 12 items of clothing for almost four weeks.

Nikki traveled through Belgium, France, Germany, Italy, the Czech Republic, Austria, Hungary, Denmark, and Iceland, taking a train or bus from one country to the next. She spent her days touring major cities and spent her nights couch-surfing with other backpackers or in hostels. 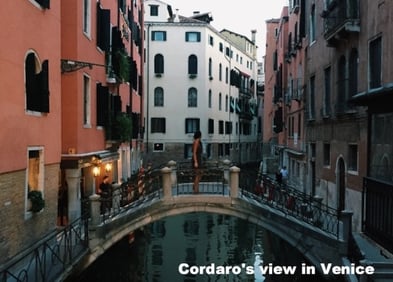 “The best part about traveling is meeting people. Not necessarily people from the country you’re in, but also from all around the world," Cordaro said. “There is something extraordinary about meeting people that are all so different from you except for the one thing everyone has in common: interest in travel."

Trips to different states led to a European adventure for senior Josh Webb and Class of 2017 grad Andrew Kelly. In Purcellville, Josh and Andrew wrote each of the 50 states on slips of paper, which they placed in a fishbowl and drew at random—then they selected a place in the state and got on the road!

Upon arriving in the state, Josh and Andrew trusted God for a place to stay, a job to earn money, and a meal. They traveled this way for a month, hitting Iowa, Kentucky, New Jersey, Virginia, and Florida. 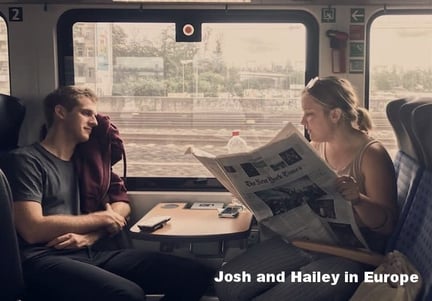 Webb and Kelly spent the last month of the summer in Europe visiting former PHC student Hailey Kilgo, who’s now a missionary in Greece (read her story here). Josh and Andrew volunteered at a nonprofit organization with Hailey in Athens that exists to support refugees.

“Traveling is a form of education. You learn so much that you don’t have the opportunity to learn when staying in one place," Josh said. “This summer forced me to rely on God more, and made me realize how much I had taken the little things in life for granted.”

Freshman Kate Forde spent the first half of her summer in Israel where she rafted down the Jordan River, swam in the Dead Sea, rode camels through the desert, and roamed the old city of Jerusalem. 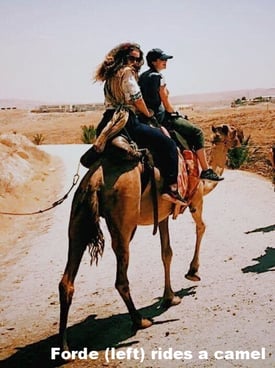 Forde did all of this with a group of young individuals like herself through a program called Behold Israel.

“It is so amazing to stand in the place where Jesus gave his sermon on the mount, or on the beach where Jesus forgave Peter for denying him three times,” Forde said. “All those stories I grew up learning about finally came to life.”

For the last half of her summer, Forde flew to Johannesburg, South Africa. This trip was filled with safaris, riding an ostrich, enjoying a company of penguins on Robben Island, and much more.

Article courtesy of The Herald.

We hope this post was interesting to you! Comment below with a country you've always dreamed of visiting.