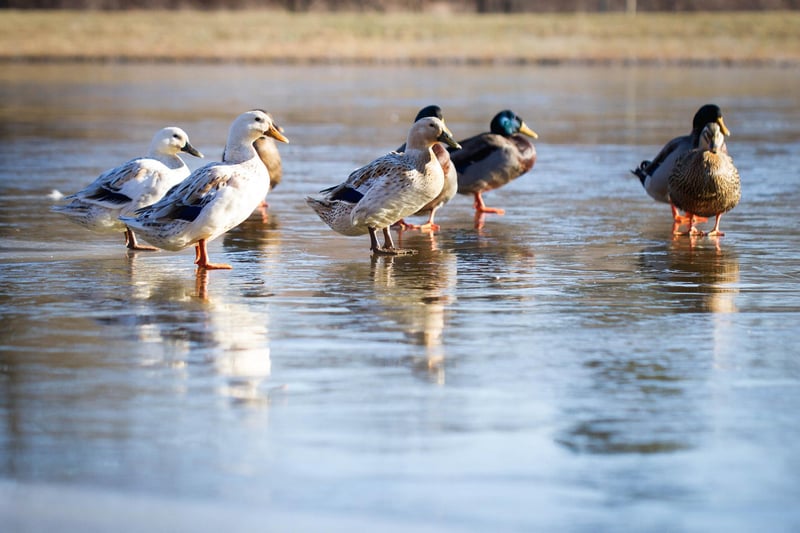 Freshmen Orientation for the Class of 2020 included a creative writing competition centered on PHC's beloved Lake Bob. Stories could include anything about Lake Bob and the winning story did not disappoint! Congrats to Jae Jared for winning the competition!

How Matt B. and Some of the Founding Fathers Helped Make Lake Bob
By Jae Jared

Throughout the history of time, many questions have been asked. Why is the sky blue? Does coffee prevent cancer? What formed Lake Bob? Well, the first two can easily be explained. The third one, however, cannot. A great deal of imagination is required for one to understand how Lake Bob came to be. The full story is very long and complicated, so in order to save time, page space, and trees, here is one of the condensed versions of this intriguing tale.

Long ago, a boy named Matthew B. was kidnapped by geese at the young age of three. It was a slightly traumatic incident, but Matt quickly forgave the geese and learned how to speak (or rather, honk) in geese. Matt came to love his fowl family, and enjoyed the annual migrations from Virginia to Ontario. After several years, however, something rather unfortunate occurred - puberty. As Matt entered this infamous period in a male’s life, he grew older and taller. It wasn’t long before he was too heavy for his poor gander father to carry across the country. As a result, the gaggle dropped him off in Purcellville during a migration and flew off into the sunset. Literally. That is how Matt came to be in Purcellville.

Matt was very indignant about being kidnapped and then abandoned. To pass the time he began building a time machine. He was very lonely and decided to go back in history and bring back some random historical figures to help him figure out how to regain his fowl family. He chose to bring George Washington, Thomas Jefferson, James Monroe, Patrick Henry, and James Madison. As they all sat talking, they decided to build a lake for Matt’s fowl family to live in and bob for food. Once they accomplished that, Matt thanked them and took them back to their respective homes.

When the date of the annual migration finally came, Matt was so proud to show his fowl family the home that he had made for them. “Now,” he honked to his gander father, “you can live here with me. What do you think?” As the gander father rushed towards the water, he honked back, “Like lake. Bob for food.” Unfortunately, Matt had spent so much time away from his fowl family that he had forgotten some of the geese words. All he understood was “…lake….Bob…” And that is how Lake Bob came to be and how it was named!