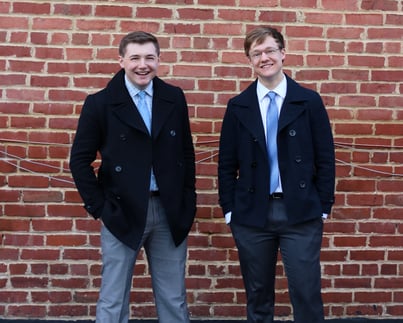 Daniel Thetford and Matthew Hoke won the PHC student body presidential election with 61.2% of the vote.

As of May 1 when they are sworn in, they will be able to assume the responsibilities of the president and vice president for the 2017-2018 school year.

Thetford and Hoke plan to assemble a group of peers to help them with their plans, like the mentorship program and the Christian study groups that are slated to begin in the fall.

“We want to get things going right away so that we can use the summer to talk with faculty," Thetford said. "It’s one of the most underused times to talk to faculty and to get things done. If we can use this summer, then things will already be done when we come back in the fall.”

Their first priority as newly elected representatives is a bill proposed to the senate that re-evaluates the Community Involvement Commission to make it more efficient and to make it an executive body that can accomplish what needs to be done. They also plan to get their professional development class underway, recruiting people to help with writing resumes and other life skills for the professional world. 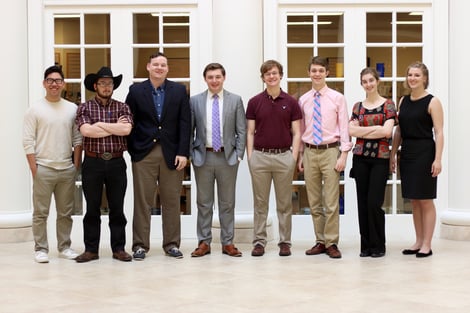 Thetford, Hoke, and members of their campaign team (Courtesy of Mary Katherine Collins)

“The most controversial thing on our platform was the Christian study groups,” Thetford said. “Some people really wanted them, and some people really didn’t, so we want to start reaching out to students and figuring out if it’s what they want or not. Then we can move forward and also work on that this summer.”

The Thetford/Hoke campaign had a tough start, almost dropping out of the race before the debate only to come back and win it all.

“It was a real blessing, a total God thing as to how it fell into place,” Hoke said. “All the random moving pieces fell into place, and it wasn’t all us obviously. We had a great team, like Mary Katherine Collins. From everything from Facebook to encouraging us to stay in the race, we had a lot of support.”

Since announcing their candidacy, Thetford and Hoke have changed in platform tactics but overall have stayed the same.

“We’ve talked to a lot of students at this point, and something everyone seems to be interested in is the mentorship program, both with student mentors and accessing the alumni that we have for that,” Thetford said. “We don’t want to do one to the exclusion of the other. Another thing that’s slightly changed is the development class. We’ve added more to that. In terms of implementing the mentorship program and how to make that happen, it’s all the same platform we started on.” 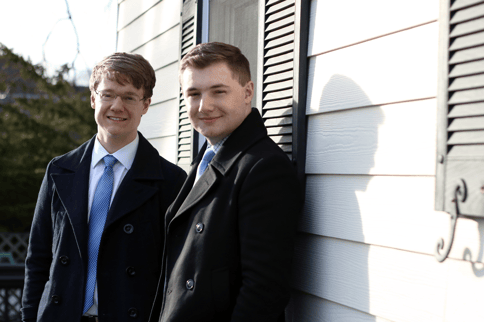 From the beginning of their race, the Thetford/Hoke ticket has tried to center their campaign around building a team of people that can figure out the student body’s ideas and find ways to make them happen.

Now that they are in the position to make those ideas happen, Thetford and Hoke hope that students will reach out to them with questions, concerns, or more ideas.