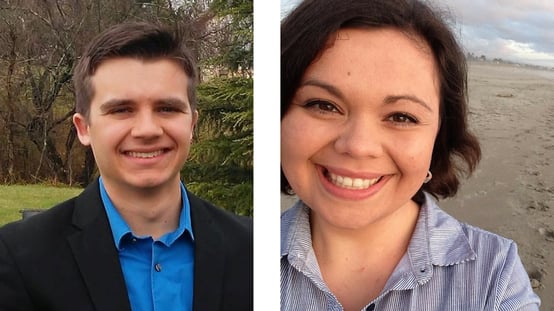 As the current school year wraps up, Patrick Henry College is preparing to say goodbye to the current Resident Directors, Andrew Lonon and Emily Carde, and hello to new RDs Julianne Owens and Stan Crocker. Lonon and Carde have been RDs since 2015.

Class of 2014 grad Carde enjoyed her time as RD. She loved getting to know the students, RAs, and Dean Sandra Corbitt better.

“I’ve learned a lot more about how people work,” Carde said. “I’ve definitely grown spiritually. There have been many situations that have brought me to prayer.”

Carde will marry fellow PHC grad Ethan Weitz in May, then work as the assistant camp director for PHC Teen Camps over the summer. She will continue working on The Cellary, a music blog that she and Weitz created together, and Humane Pursuits, an online journal where she is an editor. Carde plans on dabbling in teaching to learn if it is something that she is interested in. She will be teaching two online English and literature classes part-time. 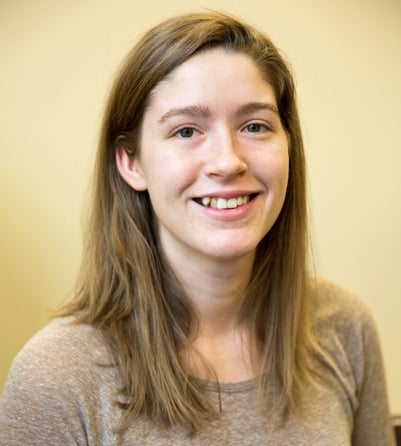 Carde would encourage the new RDs to pray about the situations they may find themselves in, especially when they are not sure how to handle or process those situations.

“It’s really good to seek advice from other people on what to do, be that the deans or in some cases a trustworthy friend,” Carde said.

Stephen Williams, a previous RD, encouraged Class of 2013 grad Lonon to take the position of RD. Lonon did not want to pass up the opportunity that this role would give him to develop as a person, so he applied.

When his time as RD is finished, Lonon will move to Roanoke, Virginia, and enter the Blue Ridge Fellows Program. The program helps fellows find internships, connect within the community, and further their relationships with God. 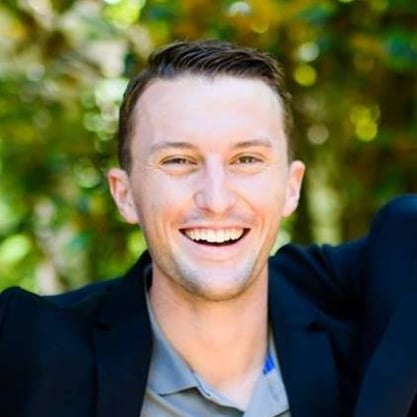 As the new RDs take over, Lonon hopes to see a culture develop on campus that is more relationship-focused.

Current senior Owens is the new female RD. Throughout the last few years, she has seen God shut several doors which would have led to her fulfilling her own plans that she had for her life. Instead, He opened doors for ministry.

“I just felt that the RD position was the very logical next step given where He’s brought me so far,” Owens said. “And I do love PHC and the student body and being able to serve here.”

Owens is excited to have the chance to spend time with people without having to balance schoolwork with relationships with the people on campus. She hopes that her room will be a place where the girls on campus feel comfortable and welcomed.

Going into her new position, Owens wants to have a humble mindset, and be aware of the opportunities that the Lord gives her.

“I would love to see the campus truly love the Lord, serve one another, love one another, and have those things cultivate a deeper and more widespread unity,” Owens said.

Current senior Crocker is the new male RD. He applied for the position because he saw it as a good ministry opportunity to serve the guys on campus, a time for the Lord to keep working in His life, and a chance to continue learning from the different people on campus.

Crocker is excited to spend time investing in and praying for the guys as much as possible without the stress of homework. He also looks forward to working with the new RA team. During his time as an RA, Crocker found himself to be very wing-focused, but now that he has taken on the role of RD, he has naturally started to think more campus-wide.

“I have been very blessed by the ministries of both former RDs, Stephen Williams and Andrew Lonon, and I am definitely honored to be following in their footsteps,” Crocker said. “I hope I do it well.”