“‘Our situation may be more desperate than you know.’ The captain’s words cut through the night air with a discouraged, almost disparaging tone,” opens Through Peril and Sword, the first novelette in the Soldiers of the General series written by Alex Petrin.

From a mouse scampering through Pharaoh’s palace to Civil War soldiers surrounded by enemies, Alex Petrin’s stories are nothing short of creative.

Petrin started writing his first novel when he was 13. Inspired by the desire to have a pet mouse, he wrote Mizraim: His Majesty’s Mouse, which portrays the little mammal’s view of the Plagues and the Exodus.

“When I was little, I used to make books out of construction paper and fill them with stories and illustrations,” Petrin said. “When I was 15, I put a lot of effort into creating and refining a more involved novelette, Through Peril and Sword. Self-publishing this book was one of the most exciting achievements in my high school years.”

He published Through Peril and Sword on June 21, 2013, then Mizraim: His Majesty’s Mouse on December 2, 2013. His other two novelettes, For Truth and Liberty and Amid Fire and Water, continue the Soldiers for the General trilogy, which is solely meant to be an incomplete allegory and not a political commentary on the right or wrong side of the Civil War. With each story, Petrin tries to weave in Christian elements that point to a loving, just God.

Petrin attended publishing workshops and learned about the different available options to self-publish. Petrin utilized Amazon Create Space, where he could format his story, design his cover, and incorporate his own drawings. He sells his books on Amazon. 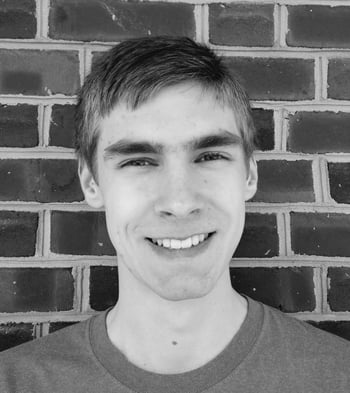 After he received his first print copy in the mail, Petrin started promoting his books at homeschool conventions and an ad in Homeschooling Richmond. Petrin was able to autograph his books and explain to others about his stories and writing process.

“I start writing when I have an exciting idea, and I want to develop it. I love the ability to dream about my story: not just imaginative dreaming, but the inventive, problem-solving type of dreaming,” he said.

“Some of the books I’ve tried to write based on the message of what I was learning at at the time.”

In his most recent book, Amid Fire and Water, Petrin focused on the message that Jesus is all we need, even when we feel like God doesn’t care about us.

With four younger brothers, Petrin wanted to write stories that he knew they would enjoy reading. His stories focus mainly on action instead of emotion. Through Peril and Sword was originally meant to be a movie made with friends. When the movie never happened, Petrin adapted the script over to a story, which he hoped would entertain readers of all ages.

“I want readers to feel the excitement of the story,” Petrin said. “I think it’s that I enjoyed the story so much that I wanted to be able to give that back to the readers.”

Those interested in reading any of Petrin’s works can check out the PHC Bookstore, which sells Mizraim: His Majesty’s Mouse and Through Peril and Sword.