Patrick Henry College not only prepares its students to know truth but to live out and staunchly advocate for truth for the rest of their lives. The college pursues high standards of academic excellence, but even more so, it provides opportunities for students to apply their knowledge and grow in wisdom.

Os Guinness, social critic and author of over two dozen books, emphasized the necessity of acquiring wisdom rather than merely increasing one’s knowledge when he visited PHC in 2013. He stated, “All of us need to think of what it means to grow in wisdom all our lives. Far too much American education is about credentials, not about wisdom and knowing how to live, and how to think, and how to discern. That matters far, far more than piling up degrees.”

During his interview on campus, Marvin Olasky, the Editor in Chief of World Magazine, asked Guinness to list a few names of individuals that he feels have had the greatest influence in shaping the Christian thinking of Americans. In response, Dr. Guinness shared the names of Francis Schaeffer, Chuck Colson, Nancy Pearcey, and Tim Keller and then went on to include the names of some Patrick Henry College faculty, including retired professors Dr. Ed Veith and Dr. David Aikman. 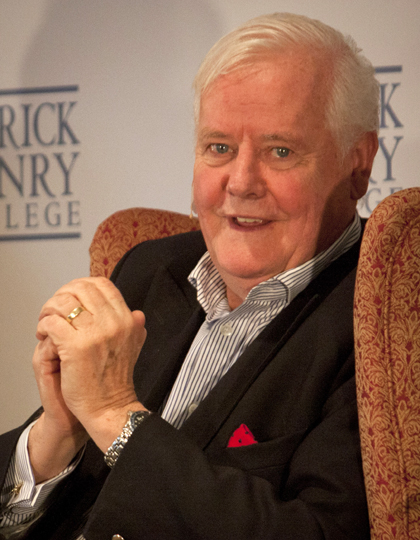 Pictured above: Os Guinness during an interview with Marvin Olasky, the Editor in Chief of
World Magazine.

At Patrick Henry College, students attend rigorous classes covering the nation’s history, the Christian faith, and the great works of literature. It is through discussions with faculty and fellow students that these formative ideas shape godly wisdom. Through discipleship moments, Bible studies, and dining hall conversations, students talk about what they are learning and share with others these ideas that turn knowledge into wisdom.

Robert P. George, Princeton professor and one of America’s leading conservatives, gave the 2019 Commencement Address. George was a graduate student at Harvard when Aleksandr Solzhenitsyn delivered his 1978 Harvard Commencement Address. Solzhenitsyn is a man, Dr. George explained, "who is known very well—and his speech at Harvard is known very well—by our graduates today."

And Mr. Chairman and Mr. President, continued Dr. George as he looks over to President Jack Haye sitting on the stage, "the fact that your graduates know that man and know that speech is a great testimony in itself to what you are doing at Patrick Henry College."

He charged them to use that training to lead by example.

“It’s your mission as graduates of this great Christian institution,” George said. “This is your mission: You must remember God to a world that has forgotten him. By the example of your lives, as well as by the words of your mouth, you must be salt and light that repairs what is broken and points the way to true freedom for those who have fallen into forms of slavery that are all the more abject for masquerading as liberation. May God bless you in that mission, my young friends.”

Pictured above: Robert George delivering a commencement address to the
Patrick Henry College graduating Class of 2019

Click below to read Today's Voices on Tomorrow's Leaders, Part 1 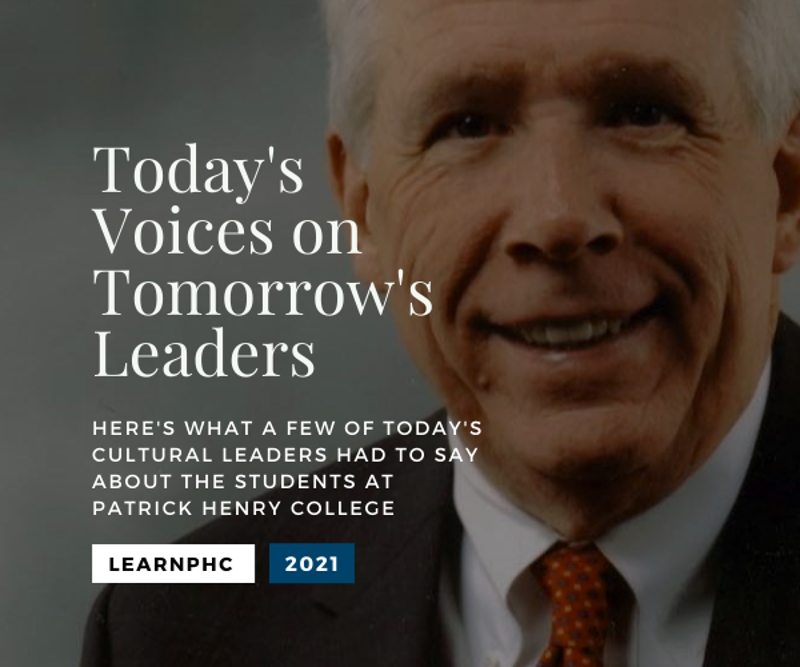