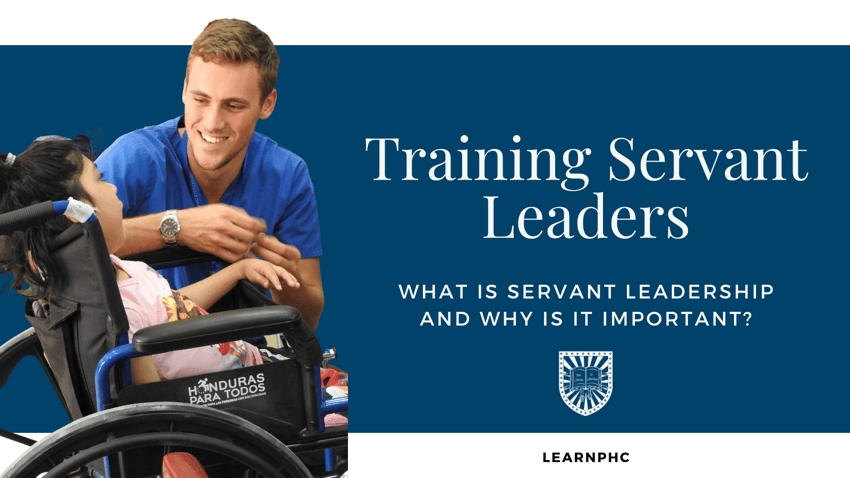 Patrick Henry College aims to create a new generation of Christian leaders by equipping its students with high levels of academic rigor, fidelity to the spirit of the American founding, and an unwavering biblical worldview.  Matthew 20:26 says, “Whoever wants to become great among you must be your servant.” So what does it mean to be a servant-leader at Patrick Henry?

Why is Servant Leadership Important?

With an affirmation of biblical truth, students are trained toward wisdom, a Spirit-informed understanding of all of life, and the ability to communicate that wisdom with humility and eloquence to others in order to significantly impact the culture for Christ.

Biblical understanding serves as the only solid foundation for truth, goodness, and beauty in all further studies in literature, theology, rhetoric, logic, and practical application in apprenticeships. These biblical values are reflected in the way students treat one another, respect their authorities, and become capable leaders in the workplace, with one eye on God and one eye on the truth. 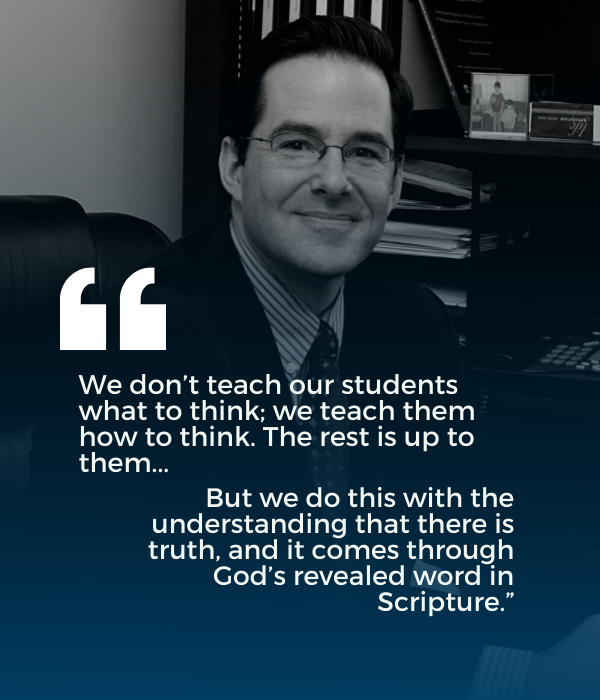 The students at Patrick Henry College have a commitment to follow Christ and seek His will. This is part of what makes PHC's community unique—students show themselves capable of handling high academic rigor while pursuing their own formation as servant-leaders in their relationships with peers. PHC serves as a launching pad where students find fuel for their God-given passions and the tools that they need to pursue those passions for the cause of Christ. These convictions, bolstered by skillful, honed oratory and writing in the liberal arts core, impact change in the world around them.

Tom Ziemnick, Vice President for Advancement, said of Patrick Henry College: “We don’t teach our students what to think; we teach them how to think. The rest is up to them. But we do this with the understanding that there is truth, and it comes through God’s revealed Word in Scripture.”

The Responsibility of Leading

PHC also fosters student responsibility, leadership, and initiative in virtually all areas of campus life. The College’s drama group, Eden Troupe, is entirely run by the students, who put on stellar performances that they themselves have planned, produced, and directed. Student clubs, such as the Alexis de Tocqueville Society, bring in their own speakers and also organize social events. Streaming Media is a group for student filmmakers. Resident Assistants (RAs) help lead the student body within dorms and set examples to other students. PHC students also get involved in groups such as the International Justice Mission, which battles human trafficking. Even academic-related activities, such as the award-winning debate, Mock Trial, and Moot Court teams, depend heavily on students to handle logistics and coaching.

What are The Outcomes of Strong But Humble Leaders?

It's a form of training that happens outside of the classroom. Post-graduation, students have taken those leadership abilities far beyond PHC.

The academic achievement and workplace success of Patrick Henry students proves that leadership and entrepreneurial roles have become a natural extension of their education. Alumni have attended top-tier law schools including Harvard University, Yale University, The College of William & Mary, Duke University, and the University of Virginia, as well as respected graduate programs in other fields at Georgetown University, Johns Hopkins University, and The Catholic University of America. Graduates have earned prestigious editorial and staff positions at several legal journals, such as Columbia Law Review, Harvard Law Review, Yale Law Journal, and Yale Policy & Review.

The Mission of Patrick Henry College is to prepare Christian men and women who will lead our nation and shape our culture with timeless biblical values and fidelity to the spirit of the American founding. Educating students according to a classical liberal arts curriculum and training them with apprenticeship methodology, the College provides academically excellent baccalaureate level higher education with a biblical worldview.

The dramatic academic success of the classical Christian model at PHC—as evident in test scores and graduate achievement—is highly significant, since an increasing number of Christian young people are now receiving a better education than their secularist peers, which, in turn, equips them for high-level Christian service and cultural influence.