Life in the Kart: A Junior's Racing Career 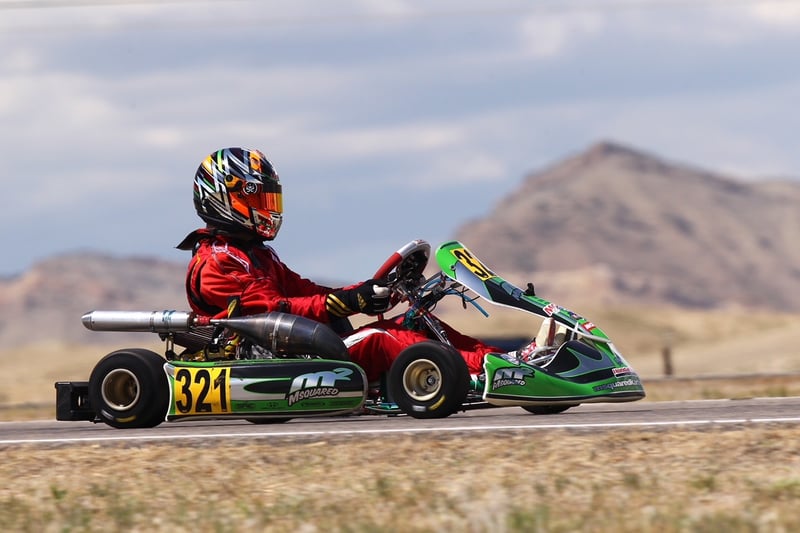 This story is courtesy of PHC's The Herald.

Lining up in the starting box, the sound of thousands of horsepower pounding into the track as 350 engines start up is nearly drowned out by the anxious driver’s pounding heartbeat. Sitting in the formula kart with the engine running, the fuel sloshing around, and the engine kart shaking, Luke Shanahan narrows his eyes as he peers through the window in his helmet at the heat rising off the track around his competitors, his gaze falling on Colby Yardley, his biggest rival of the weekend. 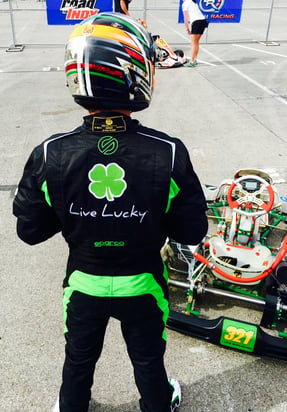 Opening his eyes, putting the kart into first gear, and holding the clutch in, Shanahan watches as the starting lights flash red, red, red, green.

In the anxious seconds he has left to wait for the final light to flash red, Shanahan says one final prayer, knowing that he has no control over what happens once he dumps the clutch. Ahead of him, the final starting light flashes from green to red, and releasing the clutch, Shanahan launches into the race. 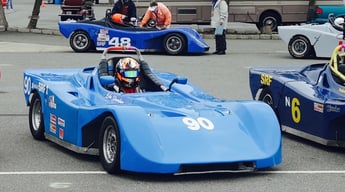 After a strong rivalry all weekend between Shanahan and Yardley, Shanahan finished first of 350 drivers in the US Open of Colorado in Grand Junction in 2016. From this competition, Shanahan went on to place third in the national championship in Las Vegas later that year, this being one of the final races before his decision put his racing life on hold to attend Patrick Henry College. 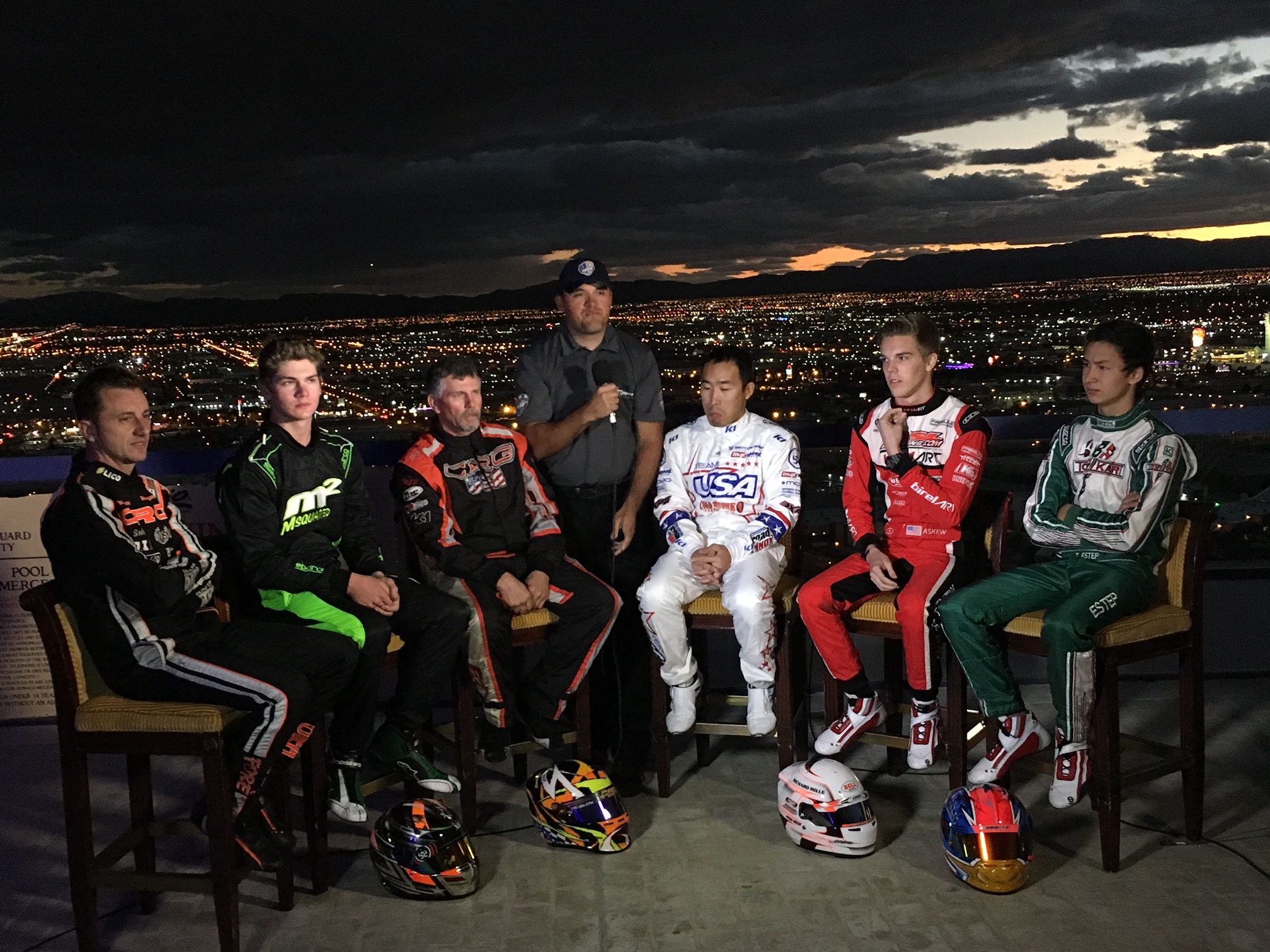 For the past four years, Shanahan has raced formula karts in most of the major cities in the west and central United States, competing with drivers from all around the world through Pro Tour and U.S. Open. Since first competing at age 15, Shanahan has won or placed top five in numerous races, such as the US Open national championship, the US Open of Colorado, and the Pro Tour World Finals in Las Vegas. Since first driving a kart at age 12, Shanahan has never lost his passion for racing, even while taking a break from the tracks while attending Patrick Henry College.

Shanahan’s racing career has been one of perseverance and endurance, with his failures only helping him improve.

“Luke has always been one to endure, no matter the task at hand,” said his father, David Shanahan. “Seeing him continue with his passion of racing even after a few discouraging races and unfortunate setbacks has been such a delight.”

In the racing world, emerging from four years of racing with only some sprained ankles and wrists is a rare thing, although an injury of any kind is considered a setback and is discouraging no matter what. Despite these injuries, Shanahan continued to train and compete. Although Shanahan left the track mostly unscathed each race, others have not been so lucky.

“The scariest thing about witnessing a crash directly ahead of you in a race is, first, maneuvering through the pileup of karts, and then the instinctive thought of ‘that could be me. I could be in the next kart piled up on the side of the track,’” Shanahan said. “But it is also one of the most accomplishing feelings, maneuvering through a pileup of karts ahead of you to take the lead.” 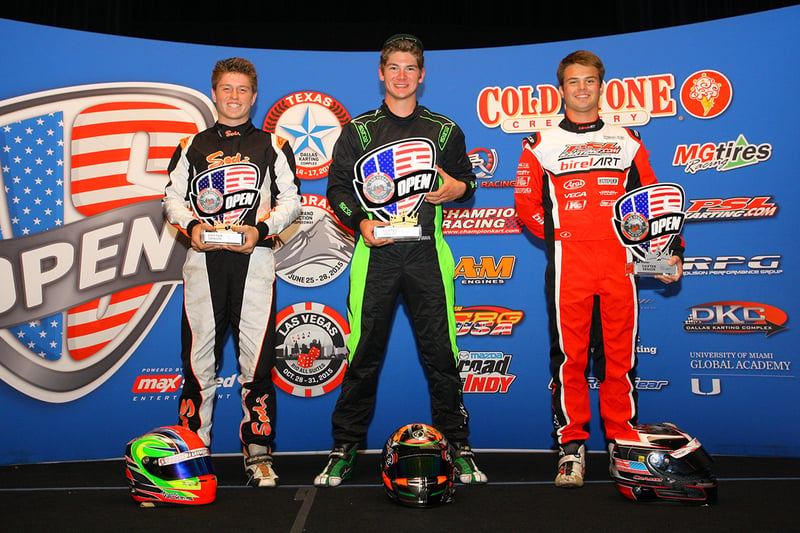 Shanahan has won many races by finding the gap between the wreckage and committing to it, safely taking the lead. “By far the worst wreckage to drive through is when [someone’s] engine blew up and the smoke is so thin it is impossible to see through it,” Shanahan said. “In that situation, I put my foot down and am entirely guessing at an opening while going 100 miles per hour. It’s insane.”

In one situation, Shanahan was the kart to avoid as he spun off the track.

At the US Open of Dallas, Shanahan started in the front row, a guaranteed safe start. But in the opening corner, the kart in third ran into the back of his kart, sending him spinning to the back of 35 racers. Although now in dead last, Shanahan didn’t give up. 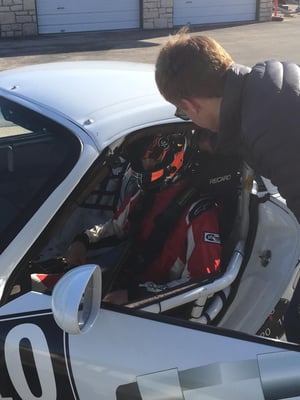 “As soon as the last kart passed me, I launched back into the race,” said Shanahan. “It was so satisfying to pass 30 out of the other 34 drivers and finish in fifth place, ahead of the kart that put me in last.”

The biggest setback Shanahan had to overcome as a beginner driver was to not let his thoughts of what was taking place all around him consume him as he raced, especially when in the lead. “When I would take the lead, I would become so obsessive about the drivers behind me that I would lose focus, and sometimes lose my position in first,” Shanahan said. “The goal once I take the lead is to block out any thoughts of what is going on behind me and only focus on going as fast as possible without overheating the kart, so I can keep my position.” 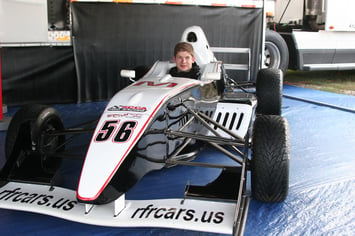 “Racing is both a mind game and an art form,” Shanahan said.

“It is a fine balance between control and pushing the limits, all the while acknowledging the only thing in your control is yourself and your kart.” It didn’t take long in Shanahan’s racing career for him to acknowledge he didn’t have control over all situations. For this reason, Shanahan has made the final seconds before the start of any race a time to talk with God. In the 30 seconds he has between pulling up to the starting box and shifting the kart into first gear, Shanahan hands over whatever is about to happen in the next 45 minutes to God. 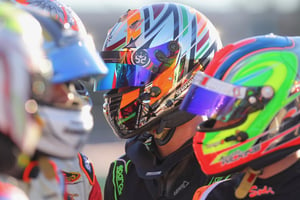 “I give the race up to God, because I have no control over what happens next,” Shanahan said. “I am going to do what I can to the best of my ability, but I cannot control the outside elements. Only God can do that.”

After six years of continuous training and racing, Shanahan put his life in the kart on hold to join the class of 2020 at Patrick Henry College, deciding it was time to aim higher than just racing.

“I miss racing, and everything that went along with it, but had to make the decision to come to school,” Shanahan said. “Racing isn’t a profession, but a professional skill.”

Still, Shanahan hasn’t forgotten about racing. “It’s obvious that racing is his passion,” said Blake Harp, a close friend of Shanahan’s. “He can talk about racing for hours, and is constantly going for drives to clear is mind.” 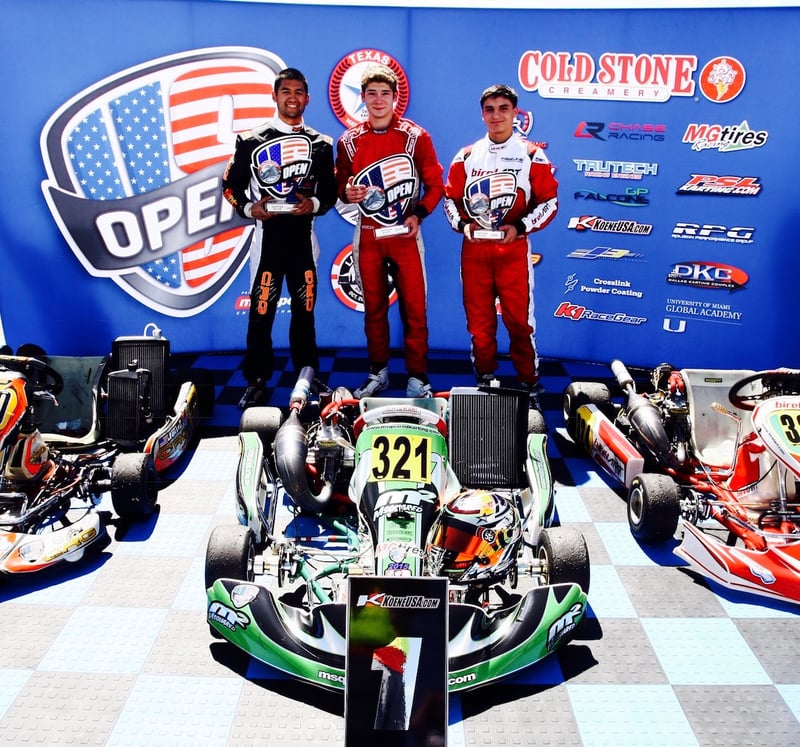 In coming to PHC, Shanahan aims to obtain a profession that will support his love of racing in the future. “I fully intend to continue racing when I’m not here at school,” Shanahan said. “Racing is my passion, and I can’t imagine my life without it.”