An Old Tradition, the McDitarod, Returns to PHC 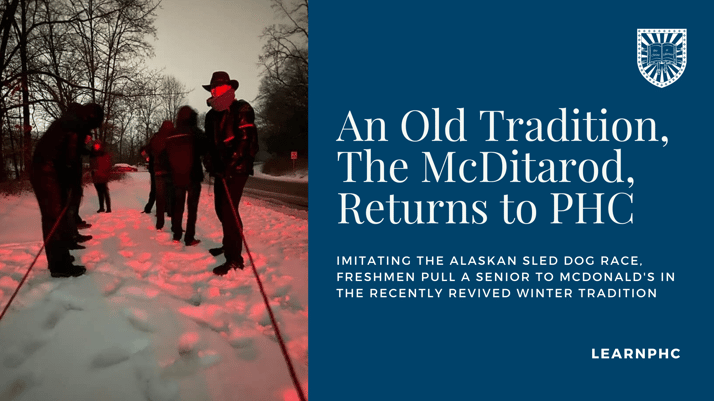 The McDonald’s employees were confused. A group of Patrick Henry College students had just pulled up to their front door with a sled made from a pallet of wood. It was raining and freezing, but the boys didn’t seem to mind. Those who have been around the campus long enough will recognize this as a continuation of a school tradition known as the McDitarod, where a senior is hauled to McDonald's by a team of freshmen.

It has been three years since the last one, so a lot of students are unfamiliar with the tradition. Because of that, it almost didn’t happen this year. “The McDitarod was brought up last minute,” said Adrik Fisher, one of the freshmen recruited to pull the sled.

The group of students left at 9:15 a.m. to make the trek to McDonald's. But they ran a little late, and the original senior could no longer take his place on the sled. They needed a fast replacement.

“I was the only senior guy available,” Seth Nowak said, “so it turned out that I was the one getting pulled on the sled.” Nowak said that the goal is to create enough weight to make the trip a challenge for the freshmen. “I’m relatively light, so we decided to put two people on the sled.” Senior Katie Sutton agreed to come along for the ride. 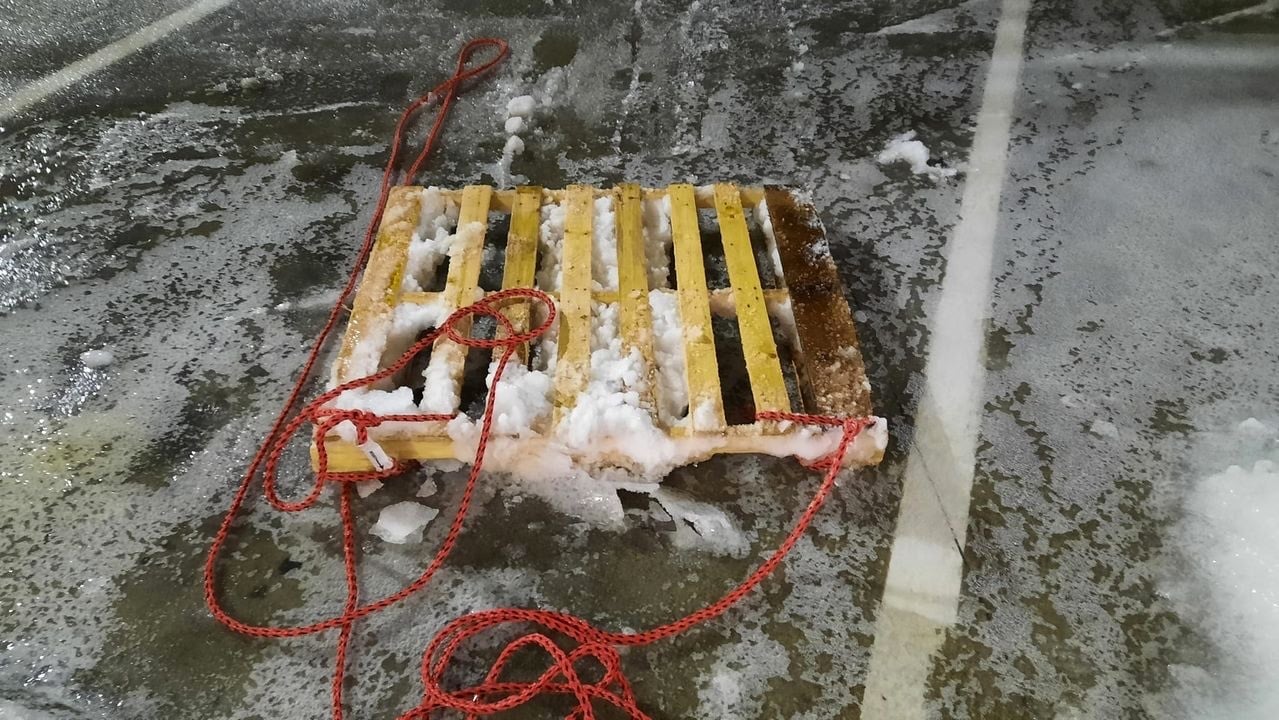 The wood pallet sled used to complete the 2022 McDitarod.

Although it was no longer snowing by the time they left, the weather still posed a challenge. The freezing rain drenched most of them. Freshman Levi Farnes said that he wished he had a better pair of boots for the weather.

“I was wearing business casual and a very not-waterproof coat,” Nowak said. “By the end I could barely move my fingers—my fault for not wearing gloves.”

The trek to them over an hour to complete. “We were able to keep morale up by singing,” Fisher said.

Fisher and Farnes both found that the sled was easier to carry than they thought it would be. Nowak said that the road conditions were decent. Their main problem was avoiding cars as they crossed streets.

Fisher and the other freshmen were all excited to keep the tradition alive. “If I could help, I would for sure do it again,” he said.

“I’ve so rarely seen people that thrilled to participate in anything,” Nowak said. When they arrived at McDonald's, it was clear that the freshmen were excited and proud of the journey they made. A handful of students even decided to walk back to PHC instead of riding in a car. “Everybody was having the time of their life,” he said.

On top of high academic rigor and unwavering biblical worldview, Patrick Henry College has a vibrant, tight-knit student community.  Click below to learn about the characteristics that make a PHC student.