"You have got to shape up!" 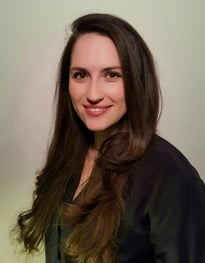 Abigail (Pilgrim) Rodriguez (Class of 06) was one of the first four-year Journalism graduates. She started full-time as a producer at National Geographic in the spring of her senior year and worked on a number of different reality shows over several years. Here's a great column she wrote after filming one episode of Animal Underworld called "Worshiping with Snakes." She now lives near Washington with her husband and kids, and works as a freelance documentary television broker.

Below is an email Abby wrote several years ago. Dr. Sillars had asked her for advice when she was managing interns at National Geographic. If you want to know how to get and keep an internship, keep reading.

I once saw a piece asking, “Are Interns That Self-Centered?” After being an intern myself and then hiring our National Geographic interns (and coordinating some of the intern events), I'll have to say that a shocking number of interns are. Obviously all aren't, but I've been aghast at hiring interns with great resumes, even from Ivy League schools, who show up in ratty jeans and t-shirts, call in "sick" because they're hung-over, or don't follow-through on easy assignments. I've even had one intern get mad and yell at me (and others) when he was asked to do work. I've already had to fire one intern, play peacemaker and facilitate angry meetings between one self-absorbed intern and an angry producer, and have actually had to give a couple of "you have got to shape up!" pep talks.

For a lot of students, an internship is their first experience in a professional work environment where they are required to show up, meet deadlines, and get feedback on the quality of their performance. It's just sad (and a little scary) that it's taken that long for them to get to a place where they are not told constantly that they are brilliant and are always doing a great job.

In terms of how to land internships, here’s some advice I hope you find helpful. For competitive jobs, one wrong move can send you out the door forever.

1) Your resume: The most important thing about your resume is what it's not: long. The more brilliant you are, the shorter your resume. (Case in point: I processed the resume of a series producer the other day that was one page long ... and two thirds of the way down there was a bullet point that simply read, "1992 US Olympic Bronze Medalist, Freestyle Skiing." Wow.) Keep yours to one page with bullet points of your titles or positions, with a one-sentence description beneath that. I tailored my resume for each different internship I applied for to focus on different experiences that were relevant to that position.

2) How to get an interview: The secret for getting an interview is to resist the "nice" impulse. Sometimes, your resume alone may be enough to get you an interview; but—especially if you apply for big-shot jobs or internships—probably not. Don't worry. Persistence (a nice word for nagging) takes over at this point. Find a phone number and call every day. Literally. You may feel like you're driving the assistant at the other end of the line crazy, but in reality, you're just one totally forgettable speck in their otherwise madhouse day. Persistence is annoying - but it's also really impressive. Be fearless.

3) What to wear and when to be there: Be overdressed. My dad always says, dress like the president of the company you're interviewing at. I wore a suit to my interview, even though I was interviewed by three producers in jeans and t-shirts. Your dress shows you're taking your interview seriously, and that you can be professional. Flip-flops, jeans, tank tops, or t-shirts may help you feel relaxed, but they immediately communicate that you're a roll-out-of-bed and run-out-the-door kind of person.

4) What to say: I learned the secret to awesome interviews from Keith Bellows, the editor of Traveler Magazine. For me, it was to be prepared to answer these questions: 1) "Why National Geographic?" 2) "Why me?" and 3) "Why now?" If you can passionately and confidently answer them, you're practically hired. If you can demonstrate that you want this job because you love the company, what you'll be doing, and what it stands for (which shows you've done your homework) that's impressive. I had zero experience in television, but I had strong writing, research, editing, and story development skills, so I pitched those and got the position, even though plenty of more qualified "film" people applied. Finally, have at least three questions prepared, such as, "What's your favorite part about your job?" and "What is the most demanding/rewarding thing about this position?"

5) How to follow-up: It would be nice if after you finished your interview, then your job was done. It's not. Don't leave your interview until you find out exactly when and how you'll hear back. Will they call you? When? Should you call them? Email a thank-you note the next day, and then start the persistence (a/k/a nagging) all over again. And finally, the most important thing: pray hard, and get everyone you know to pray for you, too. Because, ultimately, God can persuade people to hire you who never would have otherwise.