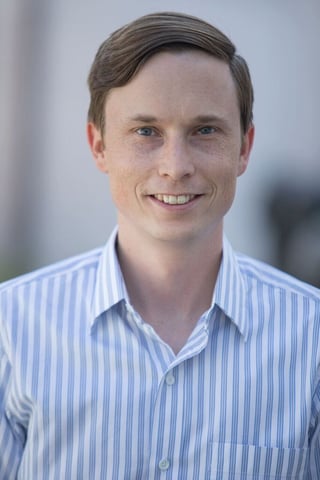 Journalism Alumni Robby Gray is settled down in El Paso, Texas, where he works as editor for a weekly business journal. But back when he was a teen sailing the Seven Seas--everywhere from New Zealand, Australia, Turkey, Greece, and the Caribbean--he did not know where his knack for writing would take him.

Gray grew up in Encinitas, Calif., but when he was 11, his parents sold everything: their house, cars, and small personal storage business. The family loaded up the rest of their possessions into a small U-Haul and bought a 56-foot sailboat.

“My parents are adventurous and wanted to escape the rat race...the typical American thing of buying better cars and bigger houses,” Gray said.

Gray remembers that before the decision they met as a family to see if everyone was on board. Initially, they decided commit for a year and turn back if the seafaring life wasn’t for them. They started by going around the Caribbean chain. Seven years later, they were still sailing; exploring the Panama canal, crossing the Pacific, island hopping, and visiting countries.

Gray’s seafaring life didn’t end until as a senior he applied and was accepted into Patrick Henry College. Since they were “boatschooled” they were members of HSLDA, and read about the school.

“I wondered, what are the jobs where I can write and make the best use of this global experience?” Gray said. “It just became obvious that I should give journalism a try.” 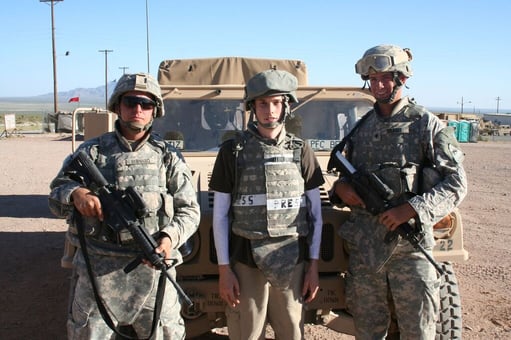 Gray graduated in 2008 with his journalism degree in tow. He married his college sweetheart, Katie, and they moved to Texas. Gray found a job at the weekly business journal, El Paso Inc., where they have been ever since.

During his time as a staff writer he was embedded with the 3rd Brigade Combat Team, 1st Armored Division for three days at Fort Bliss.

After an eight year stint as a staff writer, he was promoted briefly to assistant editor for six months, then to editor in April 2017.

From Gray’s desk, he can see the border fence of Juarez, Mexico. El Paso covers business and economic news, but also financial news that is of interest to the community. Their audience is largely business people and professionals.

“We write about all sorts of things: city council, businesses, city, start-ups, development,” Gray explained. “It’s really kind of a perfect time to work at a business journal in El Paso...Like a number of cities, we’re growing rapidly.”

“There’s never a lack of things to write about,” Gray said. Like most newspapers, they do a lot with a small staff. As they publish weekly, they try to dig deeper into stories. “We do a lot of enterprise and in-depth reporting, like covering stories that track trends or bigger picture stories-a lot of news you’re not going to find anywhere else.” 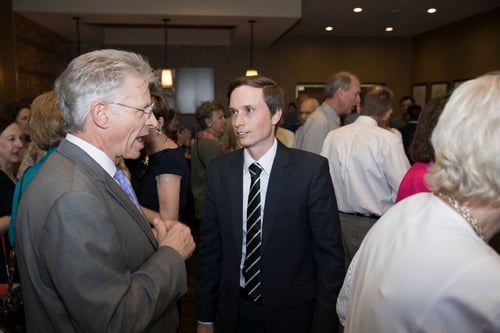 The thrill comes each week when they see their finished product, printed and ready for distribution.

Life is mostly work and family right now. But, as a husband and father of three, “Family is the bigger job.”

When looking at new hires, he looks for something more than a degree and a resume, and, of course, a collection of good clips. “Ultimately what we’re looking at is, can they write, can they report?”

The classes and focus on internships and at PHC developed those soft skills for Gray. “You’ve got to know how to write and there’s a lot you can learn on the job. What’s harder is making sure you have things to write about,” Gray explained. “The broader liberal arts and history provides context. It’s important to have that alongside the mechanics of learning to be a journalist.”

The importance of critical thinking skills, also taught by PHC courses like Logic, cannot be overrated.

“Reporters have to jump quickly into topics they might not understand and ask hard questions. They have to articulate things even their sources struggle to articulate,” Gray said.

He has noticed a shift in the journalism industry; reporters are increasingly required to do more and more. “First cameras were shoved in their hands and they had to be photographers. Then video, social media, even basic coding. Reporters aren’t just writing; they’re taking photos, videos, producing media, building web stories,” Gray commented. “But given all of that, you can’t skip the basics. At the core you still have to be able to write really well and be able to report a solid story. More is being demanded of them, with less and less resources.”

Gray has noticed increased pressure in today’s news environment, with increasingly more charges of bias among media and charges of fake news, and intense criticism when mistakes are made.

“But at the end of the day, despite the negative, I hope it’s not chasing away good journalists,” Gray said. “We should absolutely be hopeful. Journalism is in a state of transition--but more than ever we need good journalists and there is great work being done.”