Movies about journalism tend to say more about the culture that produced them than journalism itself. The nature of reporting lends itself to moviemaking: your main character always has an excuse to be out doing or seeing something exciting and important.

That’s probably why The Reporter has played an outsized role in the imaginations of American filmmakers, and why movies about journalism tend to romanticize the profession. After all, it’s the reporter’s job to solve mysteries and fight for the little guy.

Still, some journalism movies go beyond the clichés. They not only teach us about what it means to be human, they say something worthwhile about a profession that, at its best, is a profoundly noble calling: to see the world clearly and help others see it clearly too.

Here are 10 movies about journalists that are worth your time. These are in chronological order because they all appeal to me in different ways. I’ve shown these to my journalism students at movie nights in my home, and they seemed to like them a lot.

It’s billed as a comedy starring Cary Grant, but it alternates between screwball antics (with actors occasionally breaking the fourth wall) and searing satire of the news business back when reporters kept flasks in desk drawers and weren’t above fabricating the occasional quote. What’s notable, however, is that by showing ethical and moral failures as failures, the filmmakers were pointing toward higher standards.

Orson Welles’s masterpiece won several Academy Awards and consistently shows up among the finalists on lists of the best films ever made. With an innovative plot and cinematography, it tells the story—based very, very loosely on William Randolph Hearst—of a newspaper giant in the era of Yellow Journalism whose reach extended into radio and then television. It’s a tragedy with a lesson on pride and good intentions that everybody, not just journalists, should heed.

Gary Cooper is not the reporter in this movie, he’s the stooge—until he’s not. This Frank Capra classic tells the story of a newspaper reporter whose stunt column leads, step by step, to an evil industrial magnate’s plot to take over the country, democratically of course. This clear articulation of the Social Gospel has just so many journalism themes that have strikingly similar counterparts today.

Film noir for journalism, with Kirk Douglas as a disgraced New York reporter stuck in a small New Mexico town who resorts to the lowest of the low tactics in a brazen attempt to make it back to the big time. If ambition doesn’t kill you, it kills somebody else.

This might be the most revered story in American journalism. The film (and the book it’s based on) shows how Washington Post reporters Woodward and Bernstein helped uncover Watergate and bring down a sitting president. It came at a critical cultural moment, when the early salvos were fired in the culture wars that still shape American society today. I like it because it’s a realistic picture of the shoe-leather reporting that great investigative journalism requires. This story inspired a generation of young people to start holding powerful people accountable (today it depends on which powerful people we’re talking about, of course) in ways they had not before, and that’s a mostly good thing.

I show a clip of this film, starring Robert Redford and Sally Field, in my media law class that perfectly embodies the failure of libel law in this country. This film and Spotlight (see below) are probably not suitable for younger audiences given their themes and gritty portrayals of human sinfulness, but it’s worth viewing for its cynical and searing critique of a journalism culture that puts getting the story above getting it right. 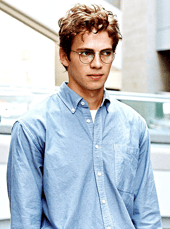 In the mid-1990s Stephen Glass was a rising star in American journalism. I recall reading one of his hilarious articles about his stint as a phone psychic and thinking, wow, I didn’t know you could do that in journalism. It turns out you can’t. Glass was exposed in the late 1990s as a serial fabricator who made up whole stories for a variety of publications during his stint as a staff writer for the New Republic. Very entertaining tale of how toppling into ethical freefall begins by just peeking over the edge of the abyss, and the biggest journalistic scandal in American history until the New York Times/Jayson Blair debacle a few years later.

Historical drama of the showdown between the unethical anti-Communist Joe McCarthy and revered CBS newsman Edward R. Murrow in the 1960s. You can guess who won, but it’s a good look at how journalists want to see themselves.

This 2015 film won an Academy Award for Best Picture; despite that, it’s a great movie. It follows the courageous Boston Globe investigative team that, essentially, broke the story of the Catholic sexual abuse scandal in a very Catholic town. Journalists tend to overblow the importance of their own investigations, but the Spotlight team’s dogged work in uncovering an incredibly important scandal is one of those rare cases where the praise is fully deserved.

This political thriller tells the story of Washington Post publisher Katharine Graham and her newsroom staff who in 1971 bravely decide, in defiance of the Nixon administration, to publish the leaked “Pentagon Papers.” They were a secret dossier revealing that the U.S. government (both Democratic and Republican administrations going back to the mid-1960s) knew it was losing in Vietnam while telling the public it was going to win. The case wasn’t nearly as legally significant as journalists like to believe, but Graham took a huge risk to do the right thing, and she deserves credit for it. This film provides it.

Learn more about the journalism program at Patrick Henry College