Within the Government Major

For those who would apply philosophy and theory to politics, political theory provides an intermediary discipline. Students of political theory focus on human nature, examining the communities, families, and governmental structures in which humans seek to live good lives. The Political Theory track of the Government major equips Christian thinkers and leaders to engage in meaningful intellectual conversation with the greatest minds of the ages as well as to understand the more theoretical aspects of our current political and social institutions. 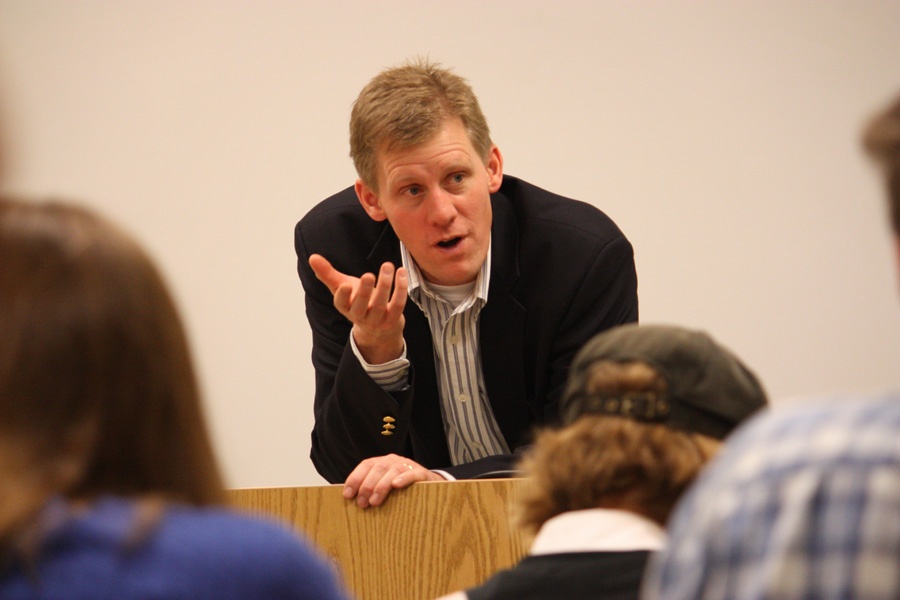 Under the mentorship of a faculty political theorist, students in the Political Theory track are encouraged to engage with the great philosophers (from Plato, Aristotle, and Cicero to Locke, Nietzsche, Hegel, and Heidegger), the timeless theologians (Augustine, Aquinas, Luther, and Calvin), the most challenging contemporary political philosophers (Arendt, Strauss, Voeglin, de Jouvenel, and Rorty), and leading conservative minds (Kirk, Nisbet, MacIntyre, and Ropke). In intimate class and small group settings, students are guided through the great texts of the ages and encouraged to connect theory with the concerns of modern families, churches, and governmental institutions. Students also learn how to research and construct written expositions of political theory, including an option for a senior thesis on a topic of their choice.

Like the other tracks of the Government major, Political Theory students have the option of fulfilling their apprenticeship credits with Capitol Hill internships. These students have interned in locations ranging from Congresswoman Bachmann’s office to the Heritage Foundation. In addition to internships on Capitol Hill, opportunities for students include various academic fellowships and honors programs, such as that offered by the Intercollegiate Studies Institute. Many students choose to focus on research and writing for their apprenticeship project in the form of a senior thesis.