The Crime Statistics chart is a detailed list of the total number of reportable crimes occurring on Patrick Henry College during the years indicated. These Statistics and Annual Security Report are compiled in voluntary conformance with the Jeanne Clery Disclosure of Campus Security Policy and Campus Crime Statistics Act (20 USC § 1092(f)). The data is a disclosure of incidents reported to campus safety authorities or local police agencies for the three calendar years preceding the year in which the report is disclosed. Below is a list of crime definitions that must be reported in the Annual Security Report. 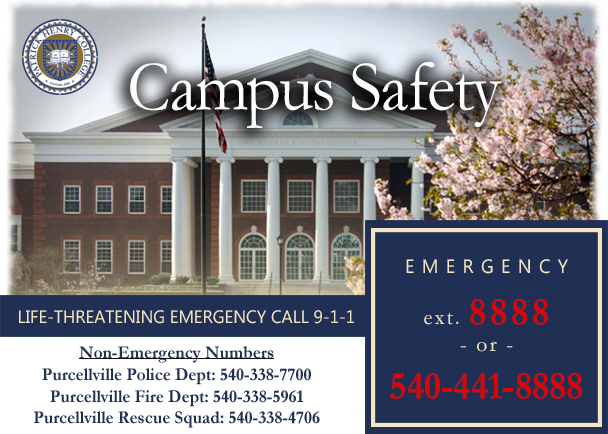 Arson
Any willful or malicious burning or attempt to burn, with or without intent to defraud, a dwelling, public building, motor vehicle or aircraft, personal property of another, etc.

Aggravated Assault
An unlawful attack by one person upon another for the purpose of inflicting severe or aggravated bodily injury. This type of assault usually is accompanied by the use of a weapon or by means likely to produce death or great bodily harm.

Motor Vehicle Theft
The theft or attempted theft of a motor vehicle. (Classify as motor vehicle theft all cases where automobiles are taken by persons not having lawful access even though the vehicles are later abandoned; includes joyriding.)

Robbery
The taking or attempting to take anything of value from the care, custody, or control of a person or persons by force or threat of force or violence and/or by putting the victim in fear.

Liquor Law Violations
The violation of laws or ordinances prohibiting: the manufacture, sale, transporting, furnishing, possessing of intoxicating liquor; maintaining unlawful drinking places; bootlegging; operating a still; furnishing liquor to a minor or intemperate person; using a vehicle for illegal transportation of liquor; drinking on a train or public conveyance; and all attempts to commit any of the aforementioned. (Drunkenness and driving under the influence are not included in this definition.)