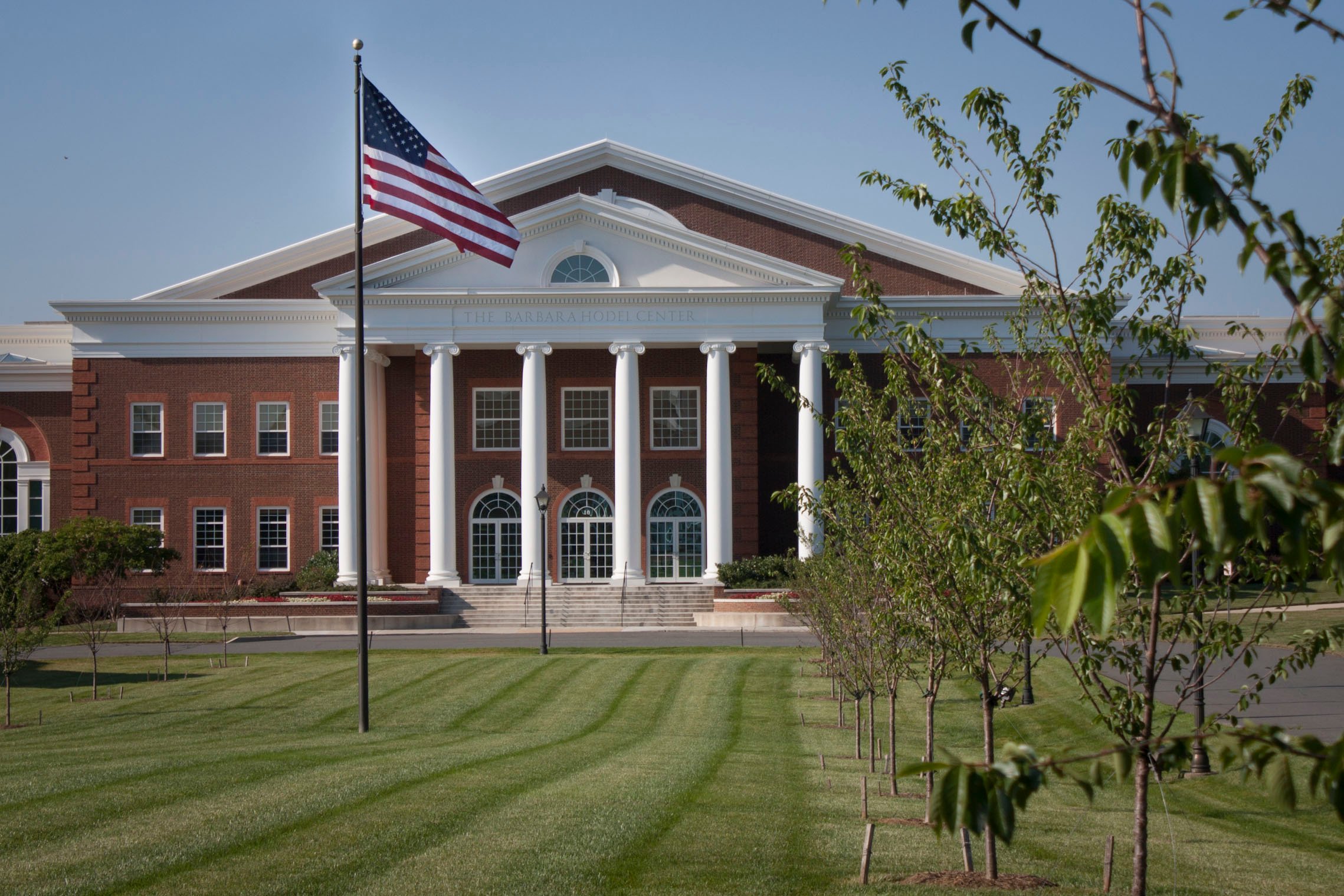 On October 10th 2009, the College dedicated its beautiful new Barbara Hodel Center. Dr. James Dobson was the featured speaker. Barbara Hodel has been a source of tremendous wisdom and experience as a long-term Patrick Henry College Board of Trustee Member. She and her husband, Don, past Secretary of Energy and Secretary of the Interior in President Reagan's administration, extend their sincere thanks to all who have contributed to the completion of this extraordinary building.

Inspired by the College’s mission in 1999, Barbara became an early supporter and voice of wisdom for PHC’s leadership. An original PHC Trustee, she lived a life of high achievement and had been involved with her husband, Don, in government and politics for most of her adult life. Her life demonstrates that a modern Christian woman can have a profound impact by actively teaming with her husband while fulfilling a woman’s unique roles of wife and mother. In August 2007 Barbara suffered an accident that left her a quadriplegic, yet she continued to exemplify a surpassing spirit of joy, devotion to family and submission to Christ that continues to inspire the PHC community. In October 2009, more than 1000 students, friends, alumni and guests joined Barbara and Don in this beautiful building to dedicate The Barbara Hodel Center in her honor.

Don married Barbara Beecher Stockman in 1956, during their senior years at Harvard and Wellesley Colleges, respectively, and the couple went on to serve as a husband-and-wife team through many seasons of public service and Christian ministry. Through the 1980s, Don served as the U.S. Secretary of Energy and as Secretary of the Interior under President Ronald Reagan. His legacy of leadership and service continued as he went on to serve as President of the Christian Coalition in the late 1990s and as President and CEO of Focus on the Family from 2003 until 2005. Don remains a deeply devoted husband and caregiver to his wife, Barbara. Together they continue as faithful friends and supporters of Patrick Henry College.