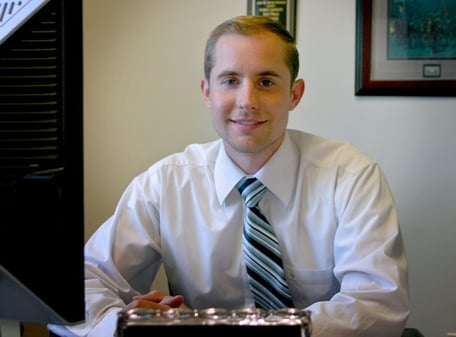 Last fall, new husband and 2008 PHC Government graduate Caleb Dalton directed over 1000 young volunteers around the country for Generation Joshua’s (GenJ’s) Student Action Teams. The teams supported over a dozen campaigns and were able to win some Congressional seats by less than 400 votes, a narrow margin that meant the work of the GenJ volunteers made a real difference. Now Dalton is planning for the fall and his impending move to Virginia Beach with his wife, Kirsten, and new daughter, Rachel Anne, in order to attend law school at Regent University.

“As soon as I realized that Kirsten and I were planning to get married after [PHC] graduation, I thought it best to wait a year for law school,” he explains.

While many young people come to college uncertain of their life plans, Dalton knew from his early teens that he was interested in Constitutional law -- especially the First Amendment. In his words, he “considered other options, but always came back to that.” He competed in moot court and debate at PHC.

Kirsten, a Classical Liberal Arts: Education major, partnered with him in both types of public speaking competition. The Daltons’ story unfolds as a beautiful tale of love. The couple met the first day of freshman orientation, when they were practicing piano separately for the freshman talent show. After four semesters of walking in the same friend circles and serving alongside each other in various ministries, they started officially courting when Kirsten was a senior and Caleb a junior. They starred opposite each other in an original musical adaptation of A Tale of Two Cities that Kirsten wrote for PHC’s Eden Troupe. The two married the day before Dalton’s graduation.

The two Daltons make an excellent team, with a shared vision for God and family. A talented writer, Kirsten has put personal ambitions on hold for a season in order to support that common vision. “When I’ve reached the end of my life and look back,” she says, “I don’t want to see that I have been living for myself. I want to rejoice because my children are walking in truth, because my husband has been able to fulfill the calling God has on his life, and because I have come to love God more than I did when I began.” 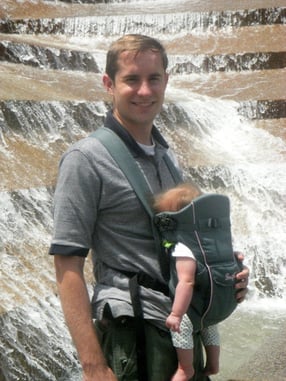 Typically, the Daltons chose Regent University for solid reasons: its Christian worldview, a location close to Kirsten’s family, and finances. Also, says Caleb, “the American Center for Law and Justice has an office in the [Regent law] building, and I would like to work for them one day.”

Meanwhile, in his job as Deputy Director for Education for GenJ, Caleb is also developing their distance learning program -- courses on the foundations of government, based on original source documents. In that, too, the couple works as a team. Kirsten is helping to write the civics curriculum from home. The two are seeking to follow God’s leading and flourishing where they stand.