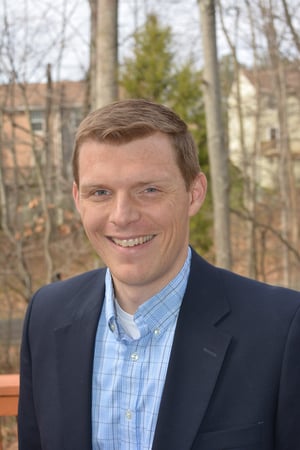 As home to nearly 60 percent of the world’s geysers, Yellowstone National Park attracts campers, hikers, and tourists from all over the world. What its three million annual visitors may not realize, however, is that amidst its bears, wolves, and natural wonders, this park also includes a contingent of lawyers. This summer, Patrick Henry College alumnus Will Glaser (’08) will be serving an externship with the U.S. Attorney in Yellowstone, while his wife, PHC Journalism alumna Natalie Glaser (’08), works in the park’s general store.

While serving in this excellent opportunity, Will Glaser represents the exemplary quality of PHC grads who have moved on to study at Pepperdine School of Law. All four former PHC students at Pepperdine received significant scholarships to attend and have begun to vindicate the use of scholarship funds with their extraordinary achievements. Both Glaser and Kelsey Stapler (’08) serve on thePepperdine Law Review, and have competed in moot court at a high level. Glaser, Stapler, and Robert Kelly (’10) attend the law school on full scholarship as Faculty Scholars, Pepperdine’s largest law scholarship, with full tuition and an additional stipend. Raija Churchill (’09) has dual enrolment at the School of Law and the School of Public Policy, with separate scholarships from each school.

“Go PHC students!” enthuses Natalie Glaser, who will take a short leave from her job as executive assistant for the Associate Vice President of Public Affairs at Pepperdine. The couple’s summer itinerary promises to be a surprise to them both. “We really have no idea what kind of crimes that Will may help prosecute [at Yellowstone], but we expect it will be along the lines of drug possession, carjacking, arson, poaching, and the like. At first, all I could imagine was him standing before a judge saying, ‘Your Honor, this man fed the bears!’ I hope it won’t come to that.” 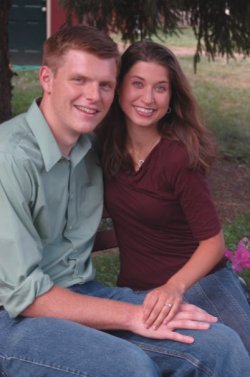 At PHC, Will Glaser served for a year as student body president, along with his responsibilities as sergeant for on-campus security and as a Resident Assistant. When he graduated as a History major, he received both the Tim LaHaye Leadership Award for men and the Trustees’ Academic Excellence Award for the highest GPA of his class—3.98. At Pepperdine, notes his proud wife, he has “maintained his class rank of #2 overall.” The Glasers would like to move to Oregon, Will Glaser’s home state, after graduation, with hopes for him to serve as a prosecutor.

“Although it may not be prestigious or lucrative, it will give Will a valuable opportunity to further justice and also to show mercy,” says Natalie Glaser. “Defence attorneys have to beg for mercy for their clients. As a prosecutor, Will is able to recommend sentences to the judge for the convicted. With this power, Will has greater influence for justice and for mercy.”

Having served effectively in several jobs since graduation herself, Natalie Glaser looks forward to one day serving her family as a homeschooling mother. Both she and her husband were homeschooled growing up, and Natalie saw that their mothers were some of the “most hard-working, undervalued, influential, and servant-hearted people I know.

“It’s possible that Will could serve in a greater capacity than a prosecutor, and I might do other things besides homeschool our kids, but we are planning to trust God, do what is set in front of us, and wait to see what opportunities arise,” she shares.

Their PHC education, she says, prepared them both to “think critically and to hone . . . skills as a writer and researcher.” Her current job at Pepperdine requires all those skills, as well as the side experience she gained from watching a new Christian college develop successfully.

“Pepperdine’s model [of educational structure] is a continual topic of debate,” notes Glaser. “I can contribute thoughtfully to that conversation because of my experience at PHC and my observations of its structure as a Christian institution of higher learning.”

When the Glasers return from Yellowstone in the fall, Natalie will find her job waiting. She and her office enjoyed each other so much that her boss agreed to save the position for her.

“I’m really grateful for Patrick Henry College,” Natalie says. “I’m grateful for the insight it has given me into Pepperdine and other educational institutions.”