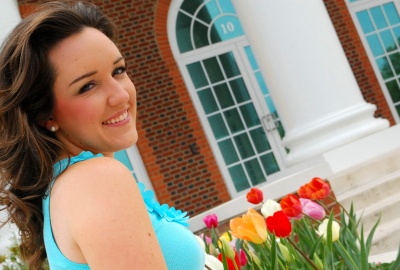 Katherine Kramer (CLA, ’10) wakes early to beat D.C. traffic in her 45-minute commute to Immanuel Lutheran School in Alexandria, VA, arriving before 7:00am. At this classical school, she spends the first hour of her day in preparation, and then joins the rest of the staff in prayer.

“From there, the time is packed with twelve clamoring children and a lot of non-stop activity,” she smiles. “After school, I usually have meetings or tutoring or something similar. I also spend a lot of time grading and lesson-planning.”

As a CLA major at Patrick Henry College, Kramer says that she learned “what quality, relationship-building teaching looks like.” The major’s two required Pedagogy classes, as well as PHC’s overall “broad base of cultural, political, and historical understanding,” prepared her well to be a “teacher of everything” to her dozen second-graders.

She found her current teaching job after conducting a careful job search most of her last semester. She finally saw an email from Associate Dean for Men Jeffrey Thornhill, advertising a job opening at Immanuel. She responded and almost immediately had an interview set up for the next week. 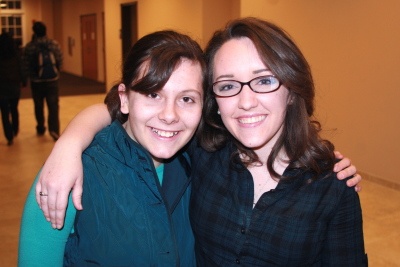 “It just goes to show that no matter how much we try, all it takes is a simple door swinging open from the Lord,” Kramer marvels. “Immanuel is a classical school, so they were really attracted to my classical education.”

Kramer says she learned from PHC professors Dr. Laura McCollum and Jacquelyn Veith the value of incarnating Jesus’ love to her students.

“I wanted to become a teacher so that my students would learn to think, to ponder, to seek out what’s beautiful and true, to hunger for the Lord,” she says. “This is what I found modeled in my education at PHC, and I am deeply grateful for that.”

She looks forward to attending graduate school and earning a Master’s degree in education in the future. Meanwhile, she enjoys what she calls the “enthusiasm and affectionate nature of [her] class.

“My office is plastered with giant posters, artwork, and maps,” she beams. “Who else can say that?”