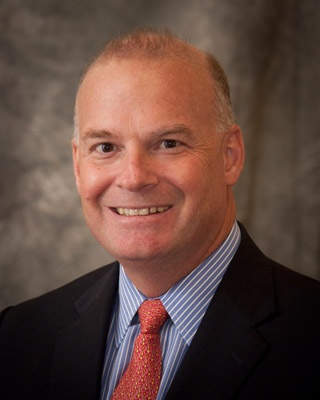 Chairman of the Board of Trustees

In the fall of 2015 Mike Wright became PHC’s second Chairman of the Board of Trustees. Over the past decade, Mike has brought a wealth of business experience and wisdom to PHC’s board. Before transitioning to the world of higher education, Mike spent 30 years with leading HR consulting and services firm Aon Hewitt, eventually running the company’s global sales organization. Mike and his wife Katy have been long time friends of the college and we recently sat down with Mike to talk about the college, business, and his philosophy on true success.

Founders Magazine: So how did Patrick Henry College first show up on your radar?

Mike Wright: It was back in 2004 or so. Katy and I were raising our four kids at the time and our oldest was in high school and we were starting to think about what’s next. We were a part of the Home School Legal Defense Association (HSLDA) and one day we got a letter from Mike Farris describing his vision for training up young people with rigorous academics, influencing the country for Jesus, and to try and do it from the top. It really was Katy that first got the vision that Mike laid down. It was her discernment that this was something worth investing in. And I thought, from the stand point of what I know in business about organizations and change and influence, it made a lot of sense. So I think we were curious about what he was up to and we thought it was a worthy goal, so we decided to get involved.

FM: Your oldest two kids eventually ended up attending PHC. What were some of the things that got you more involved in the college over time?

MW: Along the way there was Mike Farris, and I count Mike as a friend. I admire him a lot and we were able to build a relationship. But the second thing was just spending a little time getting to meet some of the students and hearing their stories and not seeing a lot of alternatives with a similar vision. It was filling a need. Even back then, the students were achieving excellence in their areas and that’s only grown since. So I saw how the college was training people for influence and putting people at the top and I found that to be very attractive. And I continue to think so.

FM: From your background in the business world, what are both needs and opportunities you see for students today?

And second, which is clearly an emerging concern in the business world, is that you have people with integrity. It’s not just to send out technically talented people. It’s to train up people who love Jesus and live lives of integrity.

FM: You’ve had a long and successful career. What would you would you say has been your philosophy over the years in regard to vocation and success?

MW: I’ve had the opportunity over my career to interact with really terrific people in a corporate business world who really wanted to be the best they could be. I always wanted to work for the best firm in the industry and that’s the firm that I was able to participate in for 30 years. So I would say my philosophy has been, be part of a team that strives for excellence to do work that matters wherever God’s put you.

MW: I think the need is just the same as it was when we started the college, which was to train up young, sharp people who are highly motivated that want to be excellent at what they do to influence the country for the cause of Christ. We’re attracting incredibly talented young people right now and I really think that’s a function of wanting excellence in both academics and spiritual life. There are plenty of other colleges around the country that pick excellence in one of the two. But it’s very rare to find a college that has excellence in both. I don’t think there’s ever been a better time in terms of what we created this college for than what we’re seeing right now.