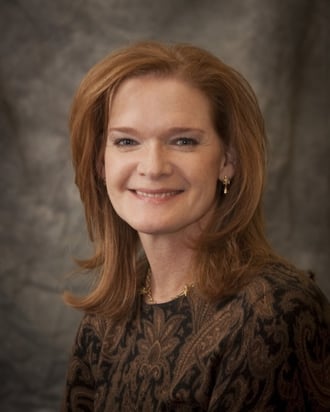 The Freeland Name is well known around PHC. With Marian Freeland on the college's Board of Trustees and all four Freeland children having attended the school over the past eight years, PHC is something of a family legacy. Recently, Founders, caught up with Marian for some life advice on business and parenting, and why she sees PHC as a place that's making history.

Founders: You’ve been in the Texas real estate business for many years now. How did you get into that line of work?

Marian Freeland: Well, I’m in the family business as well as operating independently. Our investments are usually ranch and commercial properties, and we operate across Texas, but especially in the San Antonio area. In many ways that line of work just unfolded for me, since it’s the business my father began. He was a really gifted negotiator and I always remember wanting to learnas much as I could from him.

Founders: PHC’s H. Kyle Seale Health & Fitness Center is actually named in honor of your father. He obviously left a legacy in his family and that’s extended to PHC.

Freeland: Yes, he was an incredible man who always put his family first. My father served in WWII in the Army as an officer. He was an only child, so I thought it was incredibly brave of him to have had six children—of which I’m the youngest. There were probably moments in there that were equivalent to the war! But he was very smart and very good at what he did. He was very honest and conservative financially; he always taught me to buy only what I could afford and not use credit for anything. When I think of my dad, I remember so many of those little lessons—like, “When you borrow something, leave it better than you found it.” I think if more people acted that way, the world would be a much better place.

Founders: After all these years in real estate—some of them obviously tough ones—what have you found that you love most about your work?

Freeland: I know that I’ve grown to really love the business and relational aspects. But something else is that I love how tangible it is. I look at other forms of investing that are so vague and situations like the Bernie Madoff Ponzi scheme where billions of dollars were lost. When you’re dealing with real estate, it’s all “real” and it’s right there. You can see it, walk through it. You have a tangible asset, and it has intrinsic value. If you’re savvy and patient, it can be an incredible asset for value and growth. In the real estate business, you just have to have the staying power to make it through those tough times.

Founders: Around here, it’s well known that the Freelands are real adventurers. How has that sense of adventure played a role in your life and your family’s?

Freeland: From the time I was nine years old, my father would always take us traveling, and I think you remember what you see. I grew up with that sense of excitement and love for new experiences, and so I guess I carried that into my own family. And I think that it’s especially important for young men to find good outlets for adventure, because otherwise, they’ll find it in other avenues of life. I was always very intentional as a mother in trying to provide opportunities for adventure. Back when the kids were young, I took them, along with my sister, on a voyage to Antarctica. This was back around 2006 and just three months earlier a passenger ship had sunk in those same waters. I debated whether it was crazy to take my children there, but after praying about it I figured that right after an accident was the safest time to go! It was truly an adventure down there and we will never forget it.

Founders: You’ve been on the PHC Board since 2010, but how did you first hear about the college?

Freeland: I think the first time I heard about the college was in a mailing I received from Home School Legal Defense (HSLDA), telling me about the creation of the school. At that time I was beginning to think about my kids and their future beyond high school, and I was just so discouraged by the state of most colleges and universities. There’s just so much indoctrination going on in universities. They’re not really trying to teach the students to think and reason, they just want a particular end result. I think that is extremely problematic and is going to have a huge impact on society.

Founders: What motivated you to actually get involved?

Freeland: Well, when I heard about Patrick Henry College, I thought, “This is what I’ve been waiting for!” I was so excited about the academic rigor at PHC along with the Christian foundation. There are many Christian colleges, but I don’t think any of them have what Patrick Henry College has. It’s a place where students are encouraged to think for themselves, reason well, and seek truth. I’ve seen that environment really stretch my kids. It challenges you, and I think that’s one of the best things about PHC. That environment attracts a high caliber of student and, for the community as a whole, it makes you want to reach and stretch yourself.

Founders: After all these years, what continues to encourage you about the college?

Freeland: No matter where the students go after PHC, they are so well-equipped and I think we see that they are going to have an impact on their local communities as well as their nation. PHC is truly preparing future political leaders, Supreme Court justices, maybe even a future U.S. president. But I think just as important, PHC is preparing local government leaders, community leaders, parents, professionals, entrepreneurs, and teachers. It’s an amazing place, an amazing movement, and it’s such an honor to be involved. I have been allowed to be a part of history in the making. It’s very humbling!