What is a Faith & Reason lecture?

The Faith & Reason lecture is a time-honored PHC tradition of gathering together as a campus community to consider the shape and contour of important topics as presented by faculty and guest lecturers.

The Faith & Reason lectures are presented to our campus community—one per semester—as springboards for conversations that move from the lecture hall to the dining commons, to the classroom and to the dorm rooms, becoming a part of our campus conversations.

The ability to think carefully through complex topics is an important component of civil discourse. We grow individually and as a community as we wrestle with and debate the merit of the ideas presented. We do all of this with a spirit of humility and charity and with the recognition that “iron sharpens iron.” 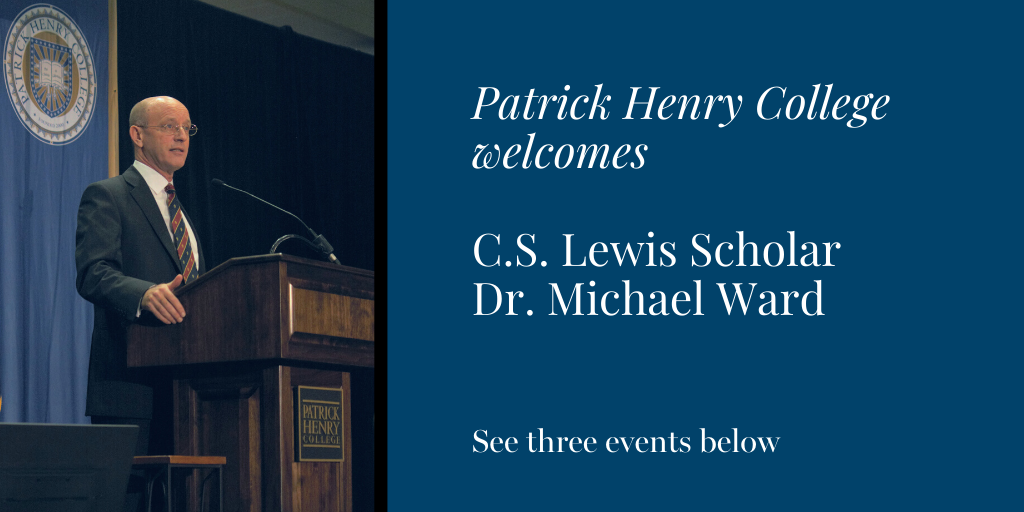 The Abolition of Man: Philosophy or Theology

The Abolition of Man:
Q&A

Dr. Ward studied English at Oxford, theology at Cambridge, and has a doctorate in Divinity from St. Andrews. A member of the faculty of Theology and Religion at Oxford, he is also professor of apologetics at Houston Baptist University. He is the author of the best-selling and award-winning "Planet Narnia: The Seven Heavens in the Imagination of C.S. Lewis" (Oxford University Press) and co-editor of "The Cambridge Companion to C.S. Lewis" (Cambridge University Press). On the 50th anniversary of Lewis’ death, Dr. Ward unveiled a permanent national memorial to him in Poets’ Corner, Westminster Abbey, London.

Dr. Ward works occasionally in film and television. He presented the BBC documentary "The Narnia Code," played the part of Vicar in the C.S. Lewis biopic "The Most Reluctant Convert," and handed a pair of x-ray spectacles to Agent 007 in the James Bond movie "The World Is Not Enough." These lectures were recorded on the campus of Patrick Henry College in Purcellville, VA.

In addition to the Faith & Reason event on Friday, Dr. Ward graciously delivered a lecture on his highly acclaimed book, Planet Narnia, which argues that the interpretive key to the Narnia books is the seven planets of medieval cosmology. Once you hear his argument, you will never read The Chronicles of Narnia the same way again.

The Abolition of Man: Philosophy or Theology?

In this Faith & Reason lecture, recorded on February 4, 2022, Dr. Michael Ward examines C.S. Lewis’ classic work, The Abolition of Man. Lewis described it as “almost my favourite among my books.” It is a purely philosophical argument, not a work of explicit Christian apologetics. Dr. Ward investigates why Lewis chose to write in this non-theological fashion and how The Abolition of Man is compatible with Christian faith.

The Abolition of Man: Discussion and Q&A

Character: The Necessary Foundation of Calling

Influencing The World Through Christ

Note: PHC does not necessarily endorse these lecturers nor the content of their lectures.

View other lectures hosted by PHC