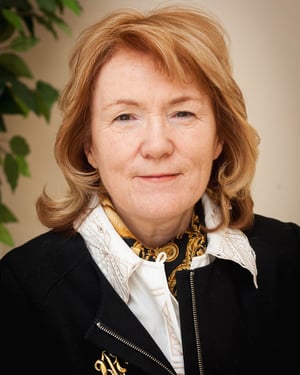 Dr. Roberta Bayer is an Associate Professor of Political Philosophy at Patrick Henry College, Purcellville, Virginia.  Her doctorate in Political Philosophy was earned at the University of Notre Dame, Indiana. Previous graduate degrees were completed at the Center for Medieval Studies, University of Toronto, and the London School of Economics, England.  Dr. Bayer teaches courses in the history of Western political thought, ancient and modern. Her essays have appeared in Studia Gilsoniana, Life and Learning (University Faculty for Life), book reviews in the International Philosophical Quarterly and Providence, and she has given invited lectures and numerous conference papers.  Dr. Bayer is a fellow of the Adler-Aquinas Institute. Dr. Bayer’s current areas of research include the Scottish Enlightenment and the American Founding, scholastic political thought, and modern Christian political thought, and her interest in the history of Anglican theology and the Book of Common Prayer led her to edit a festschrift entitled Reformed and Catholic: Essays in Honor of the Reverend Dr. Peter Toon, as well as Anglican Way Magazine. Dr. Bayer will be the Garwood Visiting Fellow in the James Madison Program at Princeton University during the 2018 - 2019 academic year where she will be writing on the American Constitutional Framer James Wilson.