These foundational commitments inspired the formation of PHC’s Christian Classical Liberal Arts Core Curriculum, which consists of 63-credits with intermediate proficiency in a foreign language. Every student—regardless of major—takes every Core Curriculum course:

The fusion of these three commitments with the Christian Classical Liberal Arts Core Curriculum sets PHC apart from every other college in America, as it prepares students to make an immediate and enduring impact for Christ and for Liberty.

Foundational to all of the classical liberal arts as studied at PHC is the Christian faith, which provides a framework and a unifying narrative for all of PHC’s classes. Theology at PHC, as at the original classical universities, is the Queen of the Sciences. — PHC Philosophy of Education

Our capacity to study nature, create works of art, form meaningful relationships, and establish order in community, emerged from the imago dei, our creation in the likeness of God. All that is true, beautiful, and good in the arts and sciences—from literature and philosophy to mathematics and music—were gifted to us to enjoy and to accomplish His purposes. The Core Curriculum guides students in exploring our essential nature and the creation through the lenses of Scripture, seeking unity in diversity to form a holistic view of the Creator and His unfolding narrative in history. 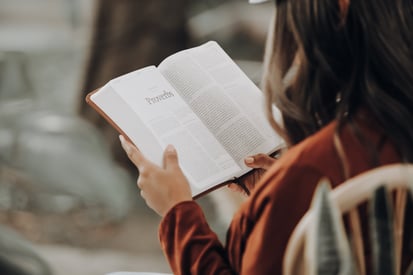 The Core Curriculum complements the believer’s relationship with Christ, promoting spiritual growth through the renewing of our mind (Romans 12:2). This includes the formation of rightly ordered loves and a moral imagination, which guide the believer to properly subordinate worldly passions to the divine ideals. As John Ruskin states,

A unique Christian community develops from sharing in the breadth and depth of PHC’s Core Curriculum. Students together inhabit the PHC paideia—a coherent system of education where they encounter beauty, pursue excellence in the life of the mind, are challenged to attain Godly virtue, and deepen their sense of personal calling (i.e., vocation)—all in the context of an unwavering Biblical worldview.

The liberal arts stress content, the imitation of excellence, the pursuit of knowledge that is valuable in itself, and the exercise of the whole range of talents that God has given. The liberal arts curriculum is broad in scope, but its parts are integrated with each other, as students explore the connectedness of all the disciplines." — PHC Philosophy of Education

In a national survey of general education requirements for 4-year, liberal arts colleges and universities, only a minority of institutions required students to study Literature (30.6%), Foreign Language (11.7%), U.S. Government or History (18.4%), or Economics (3.1%) (ACTA 2021). At most institutions, “gen. eds.” can be fulfilled—not with an academically rigorous program needed for leadership in a free society, but—from a menu of hyper-specialized courses that invariably leads to gaps in learning and contributes to the loss of a common culture. 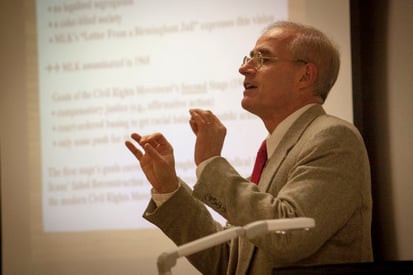 In contrast, the Core Curriculum is a coherent, comprehensive education, ensuring academic breadth and depth. PHC’s Christian Classical educational pedagogy involves a progression of increasing cognitive complexity and levels of knowledge, from grammar to logic to rhetoric (i.e., the trivium). That is, from learning the basic “language” of a subject (its foundational concepts, terminology, facts, and information), to learning the “logic” of a subject (thinking critically about it and understanding its depths and complexities), to learning the “rhetoric” of a subject (expressing original ideas and carrying them out in creative personal applications). This movement from knowledge to understanding to expression cultivates a thorough mastery of any subject.

The faculty at the nation’s oldest universities originally developed and defended an academically rigorous Classical pedagogy that challenged each student to fulfill their greatest potential. Consider this from the Yale [University] Report of 1828:

The two great points to be gained in intellectual culture, are the discipline and the furniture of the mind; expanding its powers, and storing it with knowledge. The former of these is, perhaps, the more important of the two.

A commanding object, therefore, in a collegiate course, should be, to call into daily and vigorous exercise the faculties of the student. Those branches of study should be prescribed, and those modes of instruction adopted, which are best calculated to teach the art of fixing the attention, directing the train of thought, analyzing a subject proposed for investigation; following, with accurate discrimination, the course of argument; balancing nicely the evidence presented to the judgment; awakening, elevating, and controlling the imagination; arranging, with skill, the treasures which memory gathers; rousing and guiding the powers of genius.

All this is not to be effected by a light and hasty course of study; by reading a few books, hearing a few lectures, and spending some months at a literary institution. The habits of thinking are to be formed, by long continued and close application. The mines of science must be penetrated far below the surface, before they will disclose their treasures.  — Yale Report of 1828

PHC recreates the original ideal for high academic rigor in Classical education—and the results are impressive: Graduates consistently score at the very top on nationally-normed assessments measuring reading, writing, critical thinking, and mathematics gained through general education courses (ETS Proficiency Profile). They are nationally recognized for their performance in moot court, mock trial, civic debate, and model united nations. Students rate the quality of education received in classes higher than their peers at other institutions (RNL-SSI). They consistently receive superior feedback from their internship supervisors and score among the highest institutions on the Law School Admissions Test (LSAT).

People who are to be free must be given an education that equips them for freedom. "Liberal" education, for the founders, was essential for "liberty." — PHC Philosophy of Education

Free citizens must see themselves as stewards. For Americans, principles of self-government, religious freedom, the rule of law, and the sanctity of life, property, and inalienable rights must be preserved for future generations. 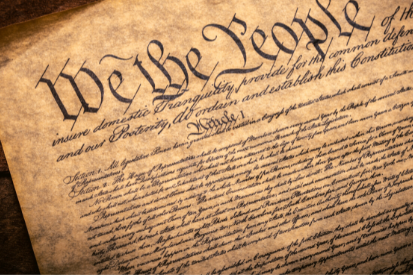 PHC’s Christian Classical Liberal Arts Core Curriculum equips students to become stewards of their inheritance. Throughout their studies, they explore the recurring political, economic, intellectual, diplomatic and social themes in western civilization and the United States; students study the Constitution, comparing current judicial interpretations with the Founder’s original plan for self-government; they learn the Hebrew, Greek, and Roman roots of liberty and the Christian influence on the founding era; and, they learn about political economy, how markets work, and how to make sense of the world.

Students study the western tradition, read the great books, and enter the great conversation. They learn how to evaluate all of history in light of Biblical principles without imposing contemporary agendas or modern ideologies on the past. Along the way, they discover how to think deeply, write persuasively, and communicate winsomely. By sharpening their God-given talents, they prepare for their responsibilities in perpetuating a free society so that future generations can benefit from the blessings of liberty.

The majors offered at PHC build on the Core Curriculum, enabling students to transition seamlessly into their upper-level program. In fact, because there is no electivity in the Core Curriculum, the faculty in major courses can assume a great deal about their students—the books they have read, the subjects they have studied, the skills they possess—allowing for advanced mastery that would not otherwise be possible. Building on their learning, every major requires students to complete apprenticeships—internships, directed research, and practicums—that serve as the practical application of classroom learning. These components of every degree program work together to prepare students for 21st century challenges.