How to Reach Us 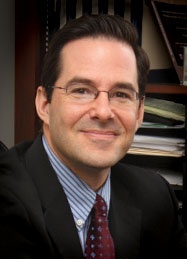 Tom has spent the last twenty-five years in professional sales, management, and development positions, including the last thirteen at Patrick Henry College. He became the Assistant Vice President for Advancement in 2008, and accepted the appointment as Vice President in 2013.

Tom has many passions in life, including his love of aviation. He is a graduate of Embry-Riddle Aeronautical University, earning a B.S. in Professional Aeronautics, and Emery Aviation College, obtaining an A.O.S. Certificate in Aviation Technology. He began his professional career as a flight instructor for Emery Aviation College in Colorado. Airplanes and aviation are still important to him, but those passions have been supplanted by an unabashed love of Christ, his family, the education of his children, and the mission and vision of Patrick Henry College.

Tom and his wife, Nancy, learned about PHC when they met Mike Farris in 2003, just after they decided to homeschool their children. Living in California, they became convinced that PHC was the right place at the right time for this country.

“We just knew, and firmly believed that God was at work at PHC. So we began to support it financially. That’s one reason it has always been easy for me to talk to donors. For the most part, they’re just like us. As I like to say, PHC is in our DNA.”

Tom grew up in Michigan’s Upper Peninsula, so he’s proud to be a Yooper. In his spare time, if he’s not on the basketball or tennis court with some of the PHC students, he’s out enjoying the traditions of hunting and firearms he grew up with back home. 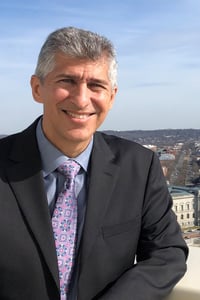 Scott Bedrosian joined the Patrick Henry College team in 2021 as the Senior Advancement Officer. In this capacity, he provides leadership in the area of major gift fundraising and event management.

Prior to this, Scott served our nation for over three decades having first retired as a lieutenant colonel from the US Air Force, then by caring for the homeless at one of our country’s most innovative ministries, and most recently on Capitol Hill. He has earned a B.S. in Computer Systems Engineering from Arizona State University and two master’s degrees in International Relations and Leadership & Strategy.

“I cast my first vote for Ronald Reagan who shaped my identity as an American—a blessed citizen of that shining city on a hill. He talked of faith, family, and freedom, of the need for charity, and of the existence of evil that demanded a response. But it was Jesus who defined for me what it meant to be a man—to mourn over sin, seek righteousness, extend mercy, and bring peace. I’ve been honored to receive the hugs of children after helping liberate their communities, to hear the real stories behind the brokenness of our country’s impoverished and affect real change for real families, and to fight for life and liberty in the halls of Congress where hope and justice are often casualties. Frederick Buechner once wrote, ‘The place God calls you to is the place where your deep gladness and the world’s deep hunger meet.’ It was this desire to be found by God at the center of His that motivated me to again raise my hand and say, “Here am I. Send me.” when the opportunity to serve the next generation at PHC arose.”

Scott is originally from Southern California and has been married to and ministering with his wife Lisa since 1990. Scott is an avid sports enthusiast and when he is not fixing something broken by one of his eight children, he enjoys running, biking, playing cards, and crossword puzzles. 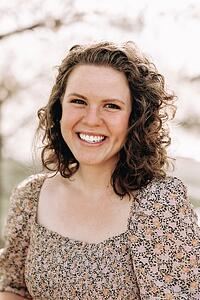 Adriana von Helms is Patrick Henry College’s Alumni Affairs Coordinator. When she is not catching up with one of our alumni, Adriana is tackling alumni newsletters, networking opportunities, event planning, and exploring new avenues through which PHC can serve our alumni.

Adriana graduated from PHC with a degree in journalism, an interest in marketing, and a love for this college’s alumni community. “During my four years at Patrick Henry College, multiple alumni took me under their wing with internship opportunities and career mentorship. They welcomed me into their home and encouraged me through prayer and fellowship,” Adriana said. “I have experienced first-hand how richly abundant and wonderful the PHC alumni community is. Just looking at all the ways they have shaped my own life in only a few years, goodness I am so inspired to serve and give back.

When Adriana is not in the office, you can find her water coloring custom home commissions for clients, hiking an outdoor trail, or enjoying a warm conversation over coffee! Adriana also has a passion for traveling — Italy, Scotland, Israel, France, and hopefully a few more adventures to come! 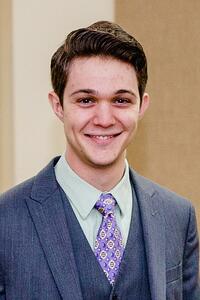 Elias Gannage is the Advancement Services Coordinator, managing the back-end of the donor database and whose responsibilities include much of the nitty-gritty that keeps the office running: handling checks, processing mailings, generating reports, etc.

A Patrick Henry College graduate, Elias desires to reinvest into the college that has taught him so much. He believes in the mission of PHC, to raise strong men and women who represent Christ well in this fallen world. Every day he sees first-hand the impact a PHC education has had on himself, current students, and his alumni friends through their ability to serve the Lord, love others, and humbly impact their communities through service and leadership.

Elias graduated with a History major alongside a Music minor. As a student, he was a member of the PHC Chorale, PHC Orchestra, men’s acapella group, and the Shall We Dance Society where he taught swing dancing as club President. He was also involved in PHC’s drama club, Eden Troupe, acting in and producing several plays as well as directing his pet project, The Importance of Being Earnest, in the spring of 2018.

Outside working at PHC, he is a member of classical theater troupe Jupiter Theater Company, run by fellow PHC alumni. He also enjoys playing games with friends, singing along to musicals, and reading classic literature. 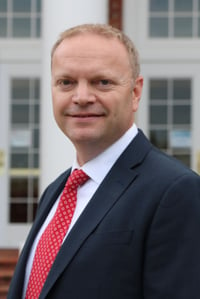 The Office of Communication serves as the frontline for increasing brand awareness, developing new markets, deepening existing markets, and connecting individuals across America who share the PHC value proposition. The Office is led by Stephen C. Allen.

As the Director of Communication, Mr. Allen provides strategic leadership for development and execution of comprehensive communication efforts that enhance and advance the mission of Patrick Henry College and supports fundraising and student enrollment. This includes managing the College's digital identity and presence, media relations, nurturing key partnerships, and a wide range of communication and marketing strategies for raising the College's ranking and public profile.

Mr. Allen and his wife, Lynn, have three children, Karis, Shiloh, and Jonah. Lynn is a teaching assistant at Providence Academy, a Christian school in Leesburg, Virginia. 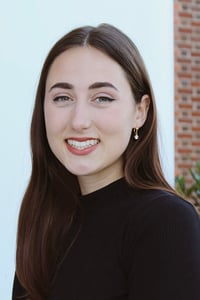 Elizabeth Sluka is the Communication Specialist, managing Patrick Henry College's website, digital identity, and social media networks, as well as the department's student interns. She is passionate about effective interpersonal communication, comprehensive cultural understanding, and helping others find their voice and convey their message well. She is grateful to give back to her alma mater by contributing to that goal in the communication department.

She graduated from Patrick Henry College with a degree in Government and a minor in History. As a student, she was involved with Model United Nations, chapel guild, women's soccer, orchestra, chorale, Eden Troupe, and multiple student publications relating to international affairs.

When she's not in the office, you'll find Elizabeth in the gym, singing with her friends and siblings, or in the corner of a coffee shop studying foreign language.