It seems like only yesterday that the class of 2022 joined the Patrick Henry College family. With them, they brought life, energy, determination, polish, and drive. Now, as it's time to close out this chapter of their journey, we want to invite you to join us in celebrating their accomplishments. 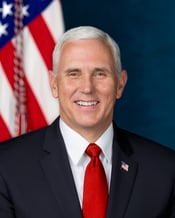 Patrick Henry College is pleased to have former Vice President Mike Pence deliver the commencement address and charge to its class of 2022.

Pence was born and raised in Columbus, Indiana, with five siblings in a family that understood the importance of “hard work, faith, and family.” He commonly refers to himself as “a Christian, a conservative, and a Republican—in that order” and believes “the foundation of America is freedom, and the foundation of freedom is faith.” On those two bedrocks, he built a long and distinguished record of guarding American ideals.

Pence earned a bachelor’s degree in history at Hanover College and renewed his Christian commitment while there. He continued his studies at Indiana School of Law, where he would meet his wife Karen at a church service. In those early years, his voice would be heard across the Hoosier state on The Mike Pence Show, a syndicated radio and TV program on public affairs.

At the age of 40, Pence won a seat in the United States House of Representatives. Over the next 12 years, he established himself on Capitol Hill “as a champion of limited government, fiscal responsibility, economic development, educational opportunity, and the U.S. Constitution.” He also values family and argues that “our nation’s strength begins at home because strong family makes a strong America.”

In 2013, Pence was elected as Indiana’s 50th governor, and helped to put more Hoosiers to work than at any point in the state’s 200-year history. In addition to seeing the state’s unemployment rate drop by half during his term, he expanded school choice and created the largest tax cuts in Indiana history. Donald Trump tapped him as his running mate in 2016 and together they entered the White House the following January.

In 2021, Pence joined the Heritage Foundation as a distinguished visiting fellow Young America’s Foundation as the Ronald Reagan Presidential Scholar. Pence also founded Advancing American Freedom, an issue advocacy organization that merges the traditional conservative movement with the successes of the Trump-Pence administration. Long before Pence became Vice President, Ronald Reagan's vision and leadership inspired his youth. Today, he remains grateful for "the grace of God, the love and support of his family, and the blessings of liberty that are every American’s birthright.” 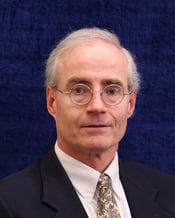 Dr. Robert Spinney will be delivering this year's Baccalaureate sermon. Dr. Spinney has served as Professor of History at Patrick Henry College since 2004. He teaches courses on American history, including History of the United States I and II, U.S. Intellectual History, History of Women in America, and History of U.S. Sports. He also teaches Historiography, a semester-long examination of what it means to do history from a Christian perspective. He earned his Ph.D. and M.A. in History at Vanderbilt University and his B.A. in Government and History from Harvard University.

In U.S. History I and II, hallmarks of PHC’s core curriculum, Dr. Spinney challenges students academically and ideologically. He is revered for his discussion-based teaching method, his penetrating questions that compel students to think deeply, and his demand for excellence in papers, exams, and class discussion. He also wrote the textbook used in the two courses.

Dr. Spinney’s reputation expands beyond academics. He is beloved for his kind and steadfast spirit, and his personal relationships with students. He has led weekly Bible studies since 2010 and is known for taking hours to invest into each of his students.

“[PHC] is the only college that permits me to teach the way the Lord Jesus Christ wants me to teach," says Dr. Spinney.  "I am free to integrate biblical truths with my teaching. I am not only permitted but encouraged to discuss ethics in class. I do not need to compromise my academic standards, but instead am able to set high the performance bar for my students. And I am motivated to invest a great deal of time in my teaching because I know that I am nurturing Christ's disciples and not merely teaching history.”

He has published two additional history books (a comprehensive history of Chicago and a history of Nashville, Tennessee from 1935-1950) and numerous ministry-related booklets with titles like Did God Create Sports Also? Thinking Christianly About Sports and Why Do Bad Things Happen to Good People? Thinking Biblically About the Problem of Sin in Our World.

In addition to serving as a pastor for six years, Dr. Spinney was formerly a member of the faculty at Trinity International University in Deerfield, IL.

For invited guests, we kindly ask that anyone who is sick or has a fever not attend. Live streaming will be provided for those who are not able to attend in person.

Plan accordingly and please arrive early as the gymnasium doors will close 10 minutes prior to the start of each service:

Baccalaureate: Seating will take place between 6:15 PM and 6:50 PM.

Guests are asked to enter the building from the south entrance, closest to the parking lot. The parking lot is behind the Barbara Hodel Center (BHC), with several handicap accessible parking spaces beside and directly behind the BHC.

If you have any additional questions, please contact Mary Haynes at 540-441-8031 or mshaynes@phc.edu.

We look forward to celebrating this joyous occasion with you!