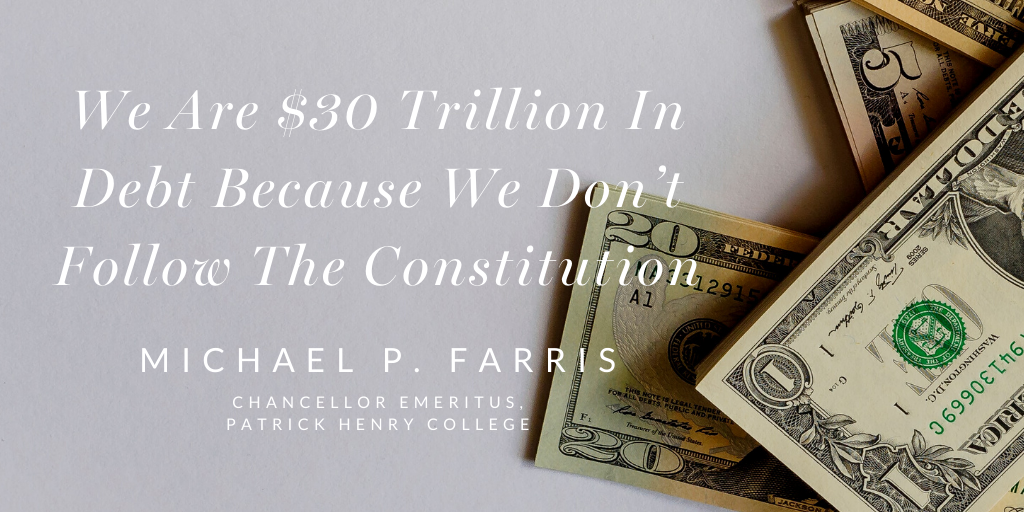 Our government could never have gone this deeply in debt if we would have just followed one provision in the Constitution according to its original meaning.

By far and away, most of the debt comes from abuse of the General Welfare Clause. (“The Congress shall have Power to lay and collect Taxes, Duties, Imposts and Excises, to pay the Debts and provide for the common Defence and general Welfare of the United States.")

The question is: what kinds of spending does this Clause authorize? Specifically, can Congress spend money only for the support of areas where it has jurisdiction from some other provision of the Constitution? Or can it spend money on anything it wants?

This question was answered by the Supreme Court in 1936 (United States v. Butler). The Court said that James Madison supported the view that Congress could only spend for things that were aligned with its enumerated powers. Alexander Hamilton said that Congress could spend it for other purposes as well.

And with almost no explanation, the Court said they were going to side with Hamilton. And the floodgates were opened and we are now $30 trillion in debt. A few years ago, I read all the briefs in United States v. Butler to see if I could unravel the reason the Court decided to choose the Hamilton version. What I found was that while Hamilton did differ from Madison, Hamilton’s actual view was far more limited than what the Supreme Court implied.

In short, Hamilton believed that Congress could spend money for purposes that were truly national in scope and which were outside the competence of the states. So all spending on education, medical care, social programs, welfare, the environment, and much more are unconstitutional under both the Hamilton and Madison view. Social Security would also be unconstitutional because it is a social welfare program—a subject that is within the authority of the states.

Madison’s view has, by far, the greater evidence of its correctness if you read the authoritative texts (especially the state ratification debates) but we would have virtually no debt if we followed Hamilton’s view instead.

Some might ask whether we wouldn’t be in essentially the same place only all the debt would be state debt instead of federal debt. The answer is no.

States can’t print money. States are obligated to have balanced budgets. And states have to compete with other states. Crazy states lose out eventually.

States always have to ask, "How are we going to pay for this program?" And they have to find an essentially contemporaneous answer. Unlike Congress, they aren’t allowed to say, “Oh, our grandchildren will pay for this.”

In our hearts, almost every American knows this is wrong. And the idea that Congress is spending this money because they care about people is nonsense. All such spending has one ultimate purpose. Congress is buying votes.

The people could stop this by voting against every candidate who promises some form of federal largesse. But we like our goodies. And as a consequence, our grandchildren will live in slavery saddled with taxes which they never voted on.

There is only one solution. It’s called the Convention of States. Check it out. I don’t want my grandchildren and beyond paying for the goodies that bought votes over the last fifty years.

This February 4, 2022 post by Dr. Farris is shared with permission. 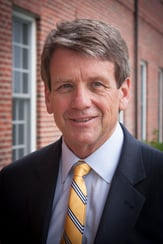