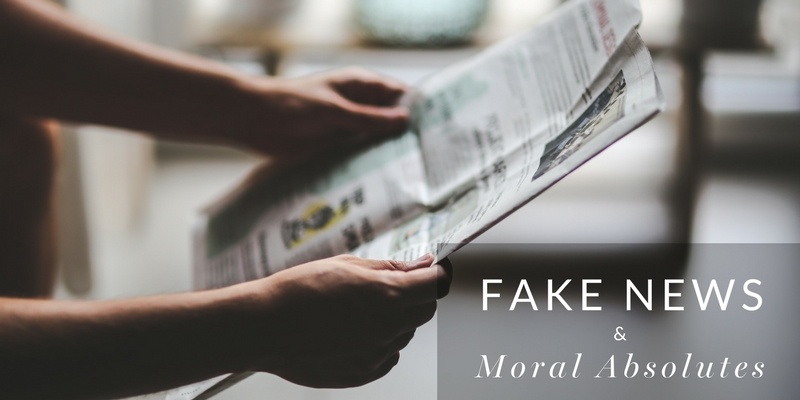 The Washington Post recently published an extremely interesting opinion piece which seeks to understand the widespread public loss of trust in major institutions of this country. For decades, people have generally held a trust for the media, political institutions, mainline churches, schools, and others occupying important and honored positions in our society. However, that trust has by and large eroded today.

Right now we are hearing quite a bit about “fake news.” The term first arose during the election when completely manufactured news stories from non-sources quickly turned viral in the election frenzy. The term was then adopted by President Trump to characterize liberal media sources like the New York Times and what he says is factually baseless reporting with a thinly veiled agenda.

However, the author of this Washington Post article, Bill Bishop, takes a deeper dive into the question. He acknowledges this crisis of trust on both sides and theorizes that it arises from the very nature of modern life. I agree to some extent, but he overlooks the most important factor in modernity that, I would submit, is chiefly responsible for this loss of trust.

For generations, Americans were taught by these institutions that there were certain things that were always right and other things that were always wrong. But around the time that I was in school in the 1960s, moral absolutes began to be replaced by moral relativism. When right and wrong become relative, truth cannot be judged. All things quickly fall into a murky world of relative perspective. A loss of truth inevitably leads to a loss of trust.

There are many areas where this is decay is deeply concerning, but I find its impact on the law to be among the most critical. Without fixed and knowable standards of right and wrong, a nation cannot operate a just legal system. The very definition of justice requires that the standards are steady and that the people can know them. Laws which cannot be understood by those required to obey them are deemed to be “unconstitutionally void for vagueness.”

And here we find the problem: the very institutions that have taught us there are no moral absolutes are now the institutions we no longer believe.

The legal landscape ahead is troubling. Opposition forces are not content to win their own right to marry whom they will or kill whom they will. They insist that others join with them on all these fronts – threatening to obliterate freedom of conscience in the process.

Last year, Ken Stormans, a pharmacy owner in Washington State, lost his appeal to stop the state from forcing him to sell abortion drugs (Ken and I used to be elders together at Westwood Baptist Church in Olympia, WA.) Similarly, bakers, florists, visual artists, and printers across the country are being coerced to create message-laden products or services in clear violation of traditional rules of freedom of speech.

Being able to sniff out these relative standards (or lack thereof) is critical. We know when journalists biasedly select certain stories and “facts” to include that achieve a desired end. They are not pursuing truth. Rather, they are telling us their version of a corner of the truth – one they wish us to know to advance an agenda. We should demand more.

Whatever the issue or the side, fake news and fake laws arise when moral relativism rules the day. The media may be campaigning for the importance of discovering truth, but it will always fall short as long as they lack a basis of ultimate Truth. Building confidence in our society’s biggest institutions has to start with knowable standards, and standards mean right and wrong. Those standards are found in the clear commands of Judeo-Christian teachings. There we find the stable bedrock upon which lasting trust can thrive. There simply is no workable alternative.