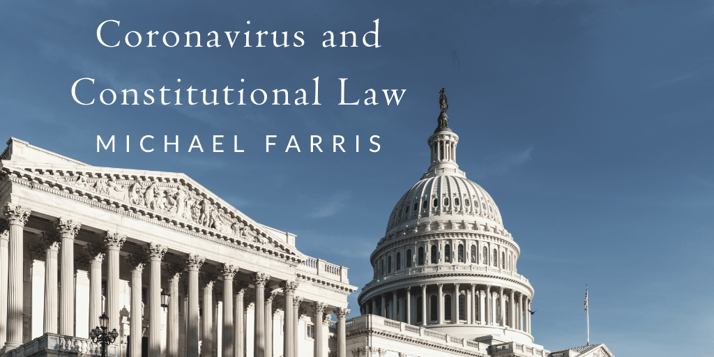 While there are significant difficulties with stopping the government from enforcing health quarantines and closures in the short run, that’s not the final word.

There well may be a serious constitutional claim that business owners can make against a government for closing their doors and the resulting economic losses.

The Fifth Amendment to the Constitution proclaims that private property cannot be taken for public purposes without just compensation. In two major zoning cases, the Supreme Court ruled that local government restrictions that take away the economic viability of property is a “taking” requiring just compensation.

That is exactly what has happened to many small businesses—especially restaurants.

A taking is always done for the public good. So saying it was necessary is not a sufficient answer to such a claim.

Claims of this scale have no history or precedent. But the Supreme Court has repeatedly said that the Constitution is intended to govern in good times and in bad.

Why should a few people bear the brunt of this crisis when the de facto seizure of their property was for the good of us all?

Moreover, workers have a legitimate property interest in their jobs. This would be a pretty novel extension of the principle but there is no textual reason that the seizure of their jobs should not also be compensated.

Both of these cases will require innovative lawyering, but justice will absolutely require the courts to look at these claims very seriously.