Are We Electing a Monarch? 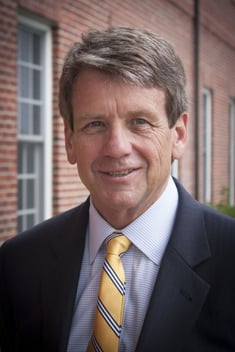 The presidential election is scary. The “fright factor” of 2016 (theme: The Other Candidate is Far Worse) does not arise merely from the two seriously flawed candidates that have somehow risen to the top. People are legitimately afraid that, no matter who becomes president, our nation’s future is in genuine jeopardy.

Why should a president have the capacity to destroy our nation? What kind of power goes with that office that would put freedom itself in jeopardy?

Recently, I was teaching on the subject of “Presidential Powers” in my Patrick Henry College course on Constitutional Law. Students are assigned to read Federalist No. 69 written by Alexander Hamilton (now apparently a famous Broadway actor—or something like that). In this essay, Hamilton defends the Constitution against the charge that it creates a President with the powers of a king. In point after point, Hamilton gave the public assurances concerning the important constitutional limitations on the power of the presidency.

However, if one reviews the differences between the role of the British king in 1789 and that of the president as it functions today, we find that the differences have been essentially obliterated.

Hamilton concluded that it was totally erroneous to claim that “unlike things resemble each other.” The powers of the King were different from the powers of the Presidency under the Constitution. He said that it was equally spurious to claim that “elective and periodical servants of the people” would become “an aristocracy, a monarchy, and a despotism.”

The office that the Founders created should not cause us anxiety. On the other hand, such a limited office might not attract those who hunger for power, prestige, and self-glory. The solution is not found in elections alone. We must reduce the power of the presidency back to its original contours. Only the Convention of States can do that.

If we want to stop being afraid of presidential elections, then we must stop giving that office all of the trappings of a monarchy.