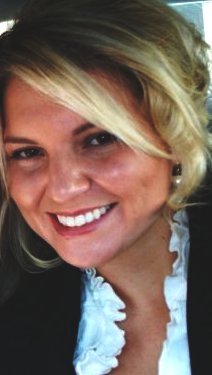 Spending nine hours a day, six days a week, making phone calls for a political campaign might not sound especially exciting to most people. But Stephanie Terek, a Public Policy ’05 graduate, thrives on paying attention to the smallest details and enjoying every opportunity that comes her way.

Recalling one of her more formative experiences at Patrick Henry College—working on a state campaign in Texas with eight other PHC students—Terek describes spending six weeks on the campaign, phone-banking for their candidate most of the day. As election day neared, Terek and her fellow students found they could recite the script “forwards and backwards and any other way possible.”

She discovered that those six weeks on the telephone were gratifying in ways she hadn’t expected. In addition to the practical knowledge of running a grassroots campaign, Terek says, “the thrill, excitement, and closeness you build with others under campaign conditions [was] so rewarding.”

Terek came to know well the thrill of the campaign trail. Through four years at PHC, she volunteered on 19 different campaigns, even serving as campaign manager in a Florida State Legislative race. “Last I heard, I still hold the record at the school,” she said.

Patrick Henry’s strong apprenticeship program is what first attracted Terek to the College. “Work experience and writing in your actual field is what prepares you to excel in your first job out of school,” she said.

Her opportunities for internships and hands-on work experience at PHC were both fascinating and diverse. In addition to her impressive campaign experience, she also interned with Washington, D.C.’s Heritage Foundation, and at the White House in the Office of Cabinet Liaison. “At the White House, I met every cabinet secretary except the Secretary of Defense,” she said.

After she graduated from PHC in 2005, Terek worked with the Bush Administration in the Office of the White House Liaison at one of the government agencies. There, Terek had oversight of vetting and interviewing presidential appointees at the agency.

As it happened, her White House duties came to extend far beyond the daily flurry of paperwork and interviews. Terek also helped lead a Bible study. Each week the group met over lunch break to study the Bible and pray together.

“It helped me to remember why I was there, commuting so far into work every day!” she said. “Even when it seems like you are doing endless paperwork, it’s important to remember that God has you in that specific little world [or] office for a reason, and that is to be a light to those he puts around you.”

When the 2008 election brought the Bush administration to a close, Terek switched jobs, and is currently employed at a private firm as a meeting coordinator, planning events for hundreds of people. But whether working for the White House or for a private company, some things never change. According to Terek, in the future “I hope to continue to be motivated and politically active for our Nation under God.”