Faithful to the Word of God 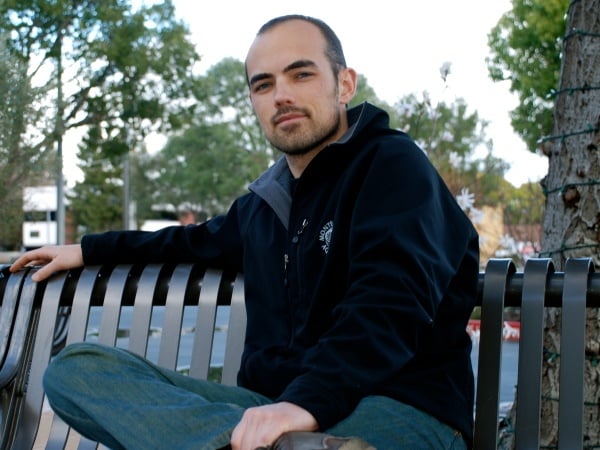 Judah Kiley left a job as Executive Assistant to President Graham Walker to preach at his father’s church in Campbell, California. Today, the 2006 PHC graduate says he’s happier than he’s ever been.

Not that his life is carefree.  He’s begun and ended many days with church members wiping tears from their eyes, struggling to heal their lives and relationships. Then there’s the challenge of a young pastor wrestling to unite older and younger generations of church members around Jesus’ mission for the church. At 25, Judah hopes to provoke new thinking while utilizing the wisdom and experience that has gone before.  As many of his classmates at PHC know, young pastor Kiley compensates for his youth by saturating himself with Scripture.

That, and his relationship with the Lord, sustains Kiley when the weight of the pulpit and his parishioners' needs bear down. Honest to a fault, he confesses that while he grapples with the desire for worldly recognition, he has given up wanting to be seen as an “impressive pastor.” He knows and is satisfied with his role: to point people to Christ.  When he recalls friendships, mentors, experiences, left behind in northern Virginia, he turns nostalgic.  In some ways, life in Virginia was easier, the ratio of encouragement given to encouragement received more balanced. Now he finds himself giving to others what had, in an earlier, simpler time, been given to him.

“I thank God for my time at Patrick Henry College,” Kiley says.  “It has trained me to think hard and to discern truth in situations like the ones I’m facing.”

Pastor Randy Wing, executive pastor at The Home Church, says the congregation doesn’t regard Kiley’s presence and influence lightly.  A multiracial, multigenerational church outside the melting pot of San Jose, the church has “a thousand members and a thousand opinions,” in Wing’s own words.  But the congregation as a whole is “slowly building respect [for Kiley] because of his seriousness, and because when he speaks it’s obvious that he’s not simply a novice or a newcomer.  He can articulate his thoughts and express his views clearly.”  Wing laughs, “I think he’s sharper than most of us.”

When speaking of himself, Kiley takes a typically modest approach, which old friends would recognize.  “I am learning each day what it means to die to myself,” Kiley says, with an optimism only explained by his high view of God.  He says that his time under PHC President Dr. Graham Walker was one of the highlights of his spiritual life.  It served as the launching pad for his mission in California.

“From Dr. Walker I learned what it meant to follow Jesus, not just Christianity and God’s Word," he recalls. "The way he walked, the way he served, the way he prayed, he was proclaiming that Jesus was flesh and bone, a person who should be known and is supremely worth following.”

Kiley says he will never forget his time serving as a sentry, sounding board, and executive assistant to PHC’s president.  “I knew from that point on that my calling was to be a servant, a man in a support role and not in the spotlight.  As I watched Dr. Walker, I observed what it means to be a leader, both in the day-to-day tasks of administration and the larger picture.” 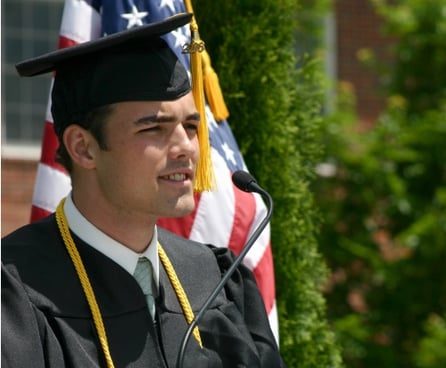 Dr. Walker says he originally chose Judah to be his assistant after hearing Kiley’s commencement speech to the graduating class of ’06.  The speech, more like a pastoral exhortation than keynote address, featured a line that deeply touched Dr. Walker: “Seek that place where you will find [God’s] glory thickest.  That is your vocation.” Dr. Walker called Kiley straightaway to offer him the job, and was pleased to discover that Kiley had already committed the matter to prayer.

While Kiley says he feels under-qualified for the task at hand, Dr. Walker asserts that it’s precisely what makes him qualified.  Kiley says he and his father, Mike Kiley, the senior pastor, live by the truth of Philippians 2:5-11, which says: “your attitude should be the same as Christ’s,” who “made himself nothing” and was “exalted to the highest place.”  Both Judah and his father likewise believe they are witnessing a fundamental shift in the way their team of seven pastors view themselves: not simply as leaders dispensing help, but also as sinners in need of grace.

Judah knows that when humility exists in the leadership of the church, it will trickle down.  As he helps the pastors behind the scenes, Kiley is publicly preaching through the book of Matthew, observing Christ’s commands and “trying to make sure that our mission is in line with His return.”  Kiley uses his off days to pour every last bit of care and affection into his words, hoping to touch the congregation he has come to love.

The responsibility has prompted him to postpone his pursuit of a Master’s degree in theology at Reformed Theological Seminary. Kiley wants to start his own family someday, as well, but now everything takes a back seat to preaching the Word.  “I know God could do without me here,” he says, “but I also know that I am very much a part of what He is doing here.”

Observes Pastor Wing: “I am very impressed by Judah’s character. He’s obviously well-informed, and I can see that he took his studies seriously.  But his humility and willingness to learn is what ultimately makes him valuable.”