Sharing the Love of Christ in Italy 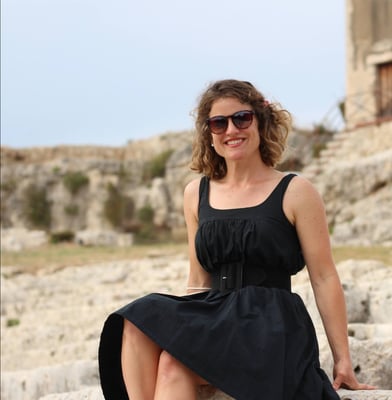 Hannah first went to Italy in 2007 to teach English as a short-term missionary, and ended up being there ever since. For the past seven years she has served with a church-planting team in Messina, Sicily, working to develop relationships and share the gospel through everyday experiences.

As a part of this, Hannah has played softball and helped coach a kids’ baseball team as well as teaching English classes to get to know people. Living out a relationship with God stands out in Italy, where religious belief doesn’t commonly affect behavior.

One of Hannah’s former softball teammates, struck by the way Hannah talked about God as someone who knew and loved her personally, herself came to know Christ. Today, Hannah has the pleasure of discipling her. Hannah appreciates how her education at PHC helped prepare her for her time in Italy with its focus on how faith and reason work together, since there is often a disconnect between the two in Italy’s post-Christian culture. Only 10% of the more highly-educated young people practice religion.

She also feels a burden for women in this culture, where their value is usually tied to appearance or relationship status, and is happy to have had the unique opportunity as a single woman to live out a demonstration of the belief that a woman’s value doesn’t have to come from external attributes, but is inherent in being made in the image of God. Hannah doesn’t know how much longer she’ll be in Italy, but trusts that wherever God calls her in the future, He loves her not for what she can do, but for who He is, and will make Himself known in whatever circumstances He calls her to. And that’s a good place to be.