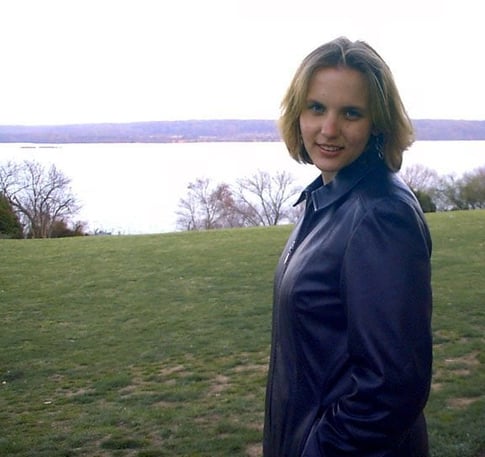 Christy Somerville, a 2007 Literature graduate from Patrick Henry College, spends her days immersed in the world's classics, ranging from the works of T.S. Eliot to ancient Egyptian poets and postmodern graphic novelists. As an author for Lampstand Press (the producer of the Tapestry of Grace homeschool curriculum), Somerville is responsible for crafting a four-year survey of world literature classics as part of a high-school curriculum. Being a published author with royalties while only a few years removed from college “is . . . immensely humbling,” Somerville said.

Somerville’s interest in the classics began far before her time at Patrick Henry. She credits the “soul” of her work to her parents' training, her relationship with Christ, and to PHC Professor of Literature, Dr. Stephen Hake. Somerville recalls the best advice Hake gave to her as a college student: “If you want to find the quickest way to an exciting, satisfying, productive life, set yourself to live utterly for Jesus Christ.” This advice has defined Somerville and the work she has since set out to do—crafting a curriculum, “solely by the grace of God,” which will aid in the education of thousands of high school students and families.

Having spent the past three years working on the curriculum project, she says her job has been complicated by the lack of available resources on similar topics. Even so, Somerville has crafted a handbook of literary terminology and a history of literature with a “worldviews” orientation. While the work itself can be quite taxing and involved, she says “the knowledge that I am in God's will despite my numerous inadequacies is what sustains me.”

Somerville is encouraged by the initial results of her work, watching students and parent-teachers develop the ability to see connections between literature and worldviews and the knowledge to evaluate literature in light of the Gospel. “My own beta-testing co-op class is a joy” she said, and the encouragement received from customers has “made it all worthwhile.”

Somerville feels that she received an excellent high-school education from her parents. Her time at PHC, she said, "added the dome to cathedral walls and foundation already built."

“PHC completed the work my parents had begun in teaching me how to think and how to find out what I needed to know,” Somerville said. This knowledge has helped Somerville in the most important elements of her current work.

Somerville plans to complete her curriculum project in 2009. From there, the future is wide open. “I suspect that there will be several more books assigned to me to write in the future,” she said. Or, life could take a different turn—Somerville is also interested in attending graduate school for a degree in directing Shakespearean theater, followed by a period as a college professor. “But really... who knows?” she said. “My life belongs to God; He will do with it as He pleases, and I can't wait to see what that might be!”