Alumni Who Remain at PHC

Alumni Who Remain at PHC 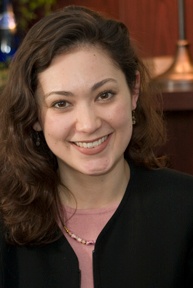 Naomi Harralson, a petite brunette, smiles up from her desk at Patrick Henry College, where she sits surrounded by piles of paper and manila folders with information about college accreditation. She pushes back her hair with both hands and lets out a sigh that is a combination of exhaustion and satisfaction. For the past year and a half, Harralson has been overseeing the College’s successful accreditation bid and its annual cycle of progress reports.

“My job interacts with all areas of the College,” she explains, describing the multifaceted positions she has held at PHC since her graduation from the College in May of 2005. “I’m glad that my education here encouraged me to learn how to learn—how to be proactive in learning.”

Harralson and a steady succession of PHC alumni have chosen to spend a year—or two, or four— closer to home, “impacting the culture” at either Patrick Henry College or the Homeschool Legal Defense Association, serving new employers in the same building where, until recently, they attended classes. It’s a different path than most had envisioned as freshmen, having arrived wide-eyed and energized with all manner of post-graduation dreams.

Harralson, for example, came to PHC wanting to do “something with government,” which developed into an ambition for law school. But by her junior year, she said, it became clear that God wanted her to wait on that dream. Following graduation, rather than mailing out law school applications, she started work at PHC, first assisting college Chancellor Dr. Michael Farris research and edit two books, then taking a lead role in PHC’s exhaustive accreditation campaign. The College received formal accreditation with the Transnational Association of Christian Colleges and Schools (TRACS) in April 2007, and Harralson found herself fully immersed in an unforeseen career twist.

Similarly, Judah Kiley, a Literature graduate from 2006, had planned to stay in the northern Virginia area after graduation in order to earn a Master’s degree from Reformed Theological Seminary. An office job settled pretty near the bottom of his list of desires, but one day he prayed, “Lord, I don’t like office jobs, but I will take one if it is with [PHC President] Dr. Walker.” Not long thereafter, Dr. Graham Walker called, in need of a personal assistant.

“It was kind of a joke with God,” Kiley grins.  “I’m going to pursue pastoral ministry, but this really helps me in an area that I’m weak. Also, I’ve really grown in respect for all the leaders of this college. They don’t make perfect decisions, but they are men of integrity.”

Other alumni landed positions that fit them better than anything they could have anticipated. Andrea Longbottom, who graduated in December of 2006, is an Assistant Editor for HSLDA. Her job provides excellent variety—depending on the day, she could be editing brochures, writing short articles, or even formulating a feature article for HSLDA’s Court Report magazine.

“I guess as a freshman I had a foggy idea I’d be doing some sort of writing, although I didn’t know what,” she says.

As a senior, Longbottom started working at HSLDA, which segued into her full-time, post-undergraduate job.

“I really enjoyed it,” she recalls. “I felt I could learn and do something I was interested in, while improving my writing skills. My job has lived up to my expectations.”

Another PHC graduate, Jeremiah Lorrig (Public Policy, ‘07), has also found a comfortable niche at HSLDA, as the Deputy Director of Federal Relations. His position as a lobbyist for HSLDA allows him to stay in contact with friends who have yet to graduate, while simultaneously cultivating wider connections.

“It’s the best of both worlds,” he says. “I’m in D.C. about once or twice a week, networking and representing HSLDA. This is what I was preparing for as a senior, and God worked it out just as graduation was coming up.”

In general, PHC alumni are ideal for certain key positions at the College best staffed by people who understand its mission, culture, and inner workings first-hand. Katie Teubl and Jacob Hall, both from the class of ’07, are serving this year as PHC’s first full-time resident directors. When prospective student applicants to the College call for information, they are likely to be greeted by the pleasant voices of Tiffany Thompson (’06) or Dan Burns (’07) in Admissions.

For the alumni, working at the College can provide an excellent place to stop and think about their life’s purpose.

“I want to see the Gospel fed more vibrantly into the lives of the people around me,” says Kiley, while Lorrig notes that, “My ultimate vision is to see more and more evangelicals involved in the political process.”

Fellow alumni may sometimes challenge their choice to stay at PHC, arguing that working at the same college from which one graduated is too “safe,” or that it delays the “real world.” Judging from the almost uniform job satisfaction reported, however, their ready response seems to suggest that: if one has found a useful, fascinating portion of the world in which to serve, why not simply enjoy it?

“I’ve just about decided, wherever you’re living is the ‘real world.’ It’s what you do with it,” Lorrig says. “I think that the ‘realest’ world is the one that God calls you to.”