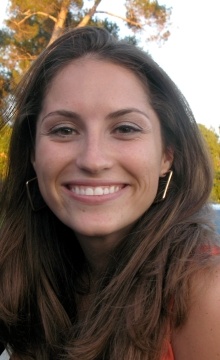 To track down Patrick Henry College alum Abigail Rodriguez (2006) for an interview, you have to catch her between rock-climbing trips to West Virginia and her crazy, globetrotting job as a Coordinating Producer for National Geographic Television. Rodriguez, a former Journalism major, is seizing every moment to learn about God, the world, and life.

Rodriguez has always chosen to live with zest. From snowboarding at White Tail to all-day climbing trips at Raven’s Rock, her college experience was never the proverbial “walk in the park.” She went from working in the college kitchen to being editor of the student-run paper, the Herald, to working at Market Street Coffee to getting an internship at National Geographic TV. When National Geographic offered her a job her senior year, she decided to spend the next six months working full-time and going to school full-time. And it paid off. In two years, Rodriguez went from being the production coordinator to an associate producer—for National Geographic. Recently, she received another promotion to Coordinating Producer.

“My philosophy is that every fact, place, person, Bible verse, and experience has something to teach me about God, and this is a job that exposes me to a lot of that, so I love it,” she said.

On one day, Rodriguez watched ski patrollers ignite 40 pounds of explosives to create an avalanche for the one-hour documentary she was working on for National Geographic; on another, she booked flights for the film crew and grilled steaks with a man best known for revolutionizing what we know about lightning.

“There is no typical day at work—and that’s what I like about it,” she said.

When asked about her time at Patrick Henry, Rodriguez jokes about the “day that will live in infamy,” the day that the cafeteria served fish tacos.

“I have only good things to say [about Patrick Henry College], but that’s not because PHC is perfect,” she notes. She credits her classes at PHC for playing a huge role in shaping her paradigm about life. 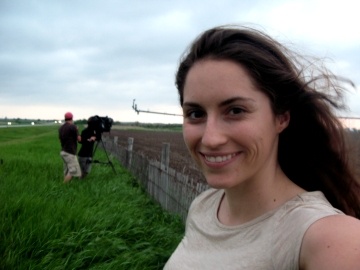 “My classes laid the groundwork to help me understand the big picture of how government, philosophy, economics, theology, physics, and literature all intersect and complement each other in creating a vivid and cohesive view of the world.”

For this adventurous young woman, however, the PHC experience was just as much about snowboarding trips to Whitetail, long Saturdays climbing Raven’s Rock, playing therapist-slash-barista at Market Street Coffee, guitar jam sessions on the dorm room steps in the fall, West Virginia camping trips, and study sessions half-submerged in the Shenandoah River as it was about classes.  And over four years, she developed “friendships so precious—I can’t imagine what my life would be like without having met all of them.”

So what lies ahead for this rock-climbing, adventure-loving journalist?

“In ten years, I want to be learning something new every day,” Rodriguez says. “Whether I’m writing books, making films, chasing little kids, or pulling espresso shots—as long as I’ve got a roof rack, a couple of mountains, and a really big God, I’m sure I’ll be loving it.”