“THE MASSES HAVE TO BE WON”: THE ISIS PROPAGANDA MACHINE 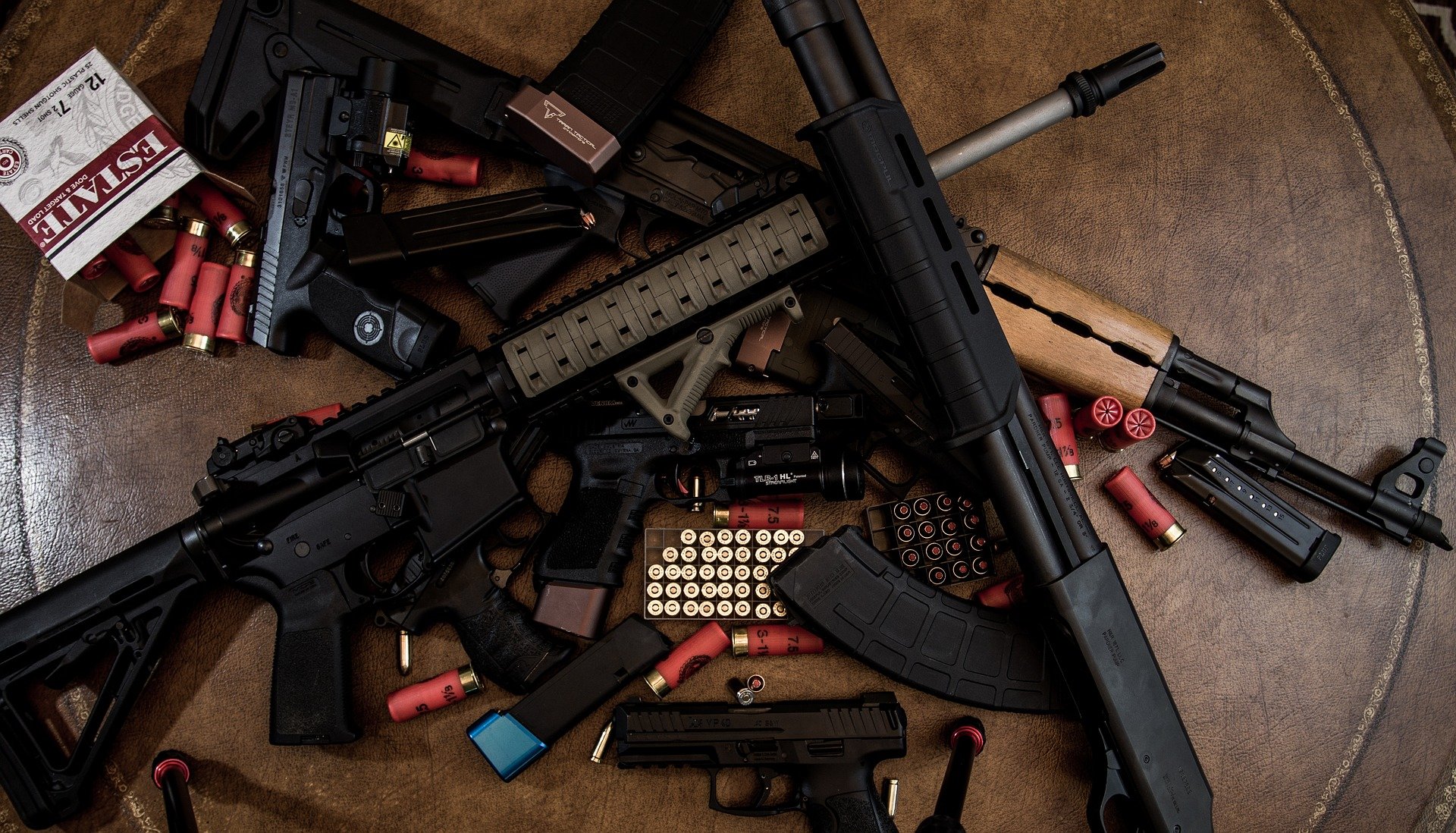 In 1968, John Wayne observed the anti-war sentiment sweeping the United States and began contemplating a counterplan.

He went to see President Lyndon B. Johnson about it, and later that year the pro-war film “The Green Berets” was released to theaters and became a box-office hit. The film has been hailed as a classic example of successful war propaganda. Political activists of every stripe have long used propagandist media as an effective tool to turn the tide of public sentiment, and terrorist groups are no exception. Taking their cue from “The Green Berets” and similar movies, terrorist groups such as ISIS are utilizing a wide range of media to influence the general public and particularly young people. This terrorist influence has been dangerously effective, threatening to undermine the US both internally and externally. It continues to grow worse, demanding a counterterrorism response targeted specifically at terrorist media influence.

The Boston Marathon Bombing and Other Attacks

In the past decade, the United States has seen a frightening increase in homegrown terrorist attacks. In total, 17 American citizens and permanent residents who were known to be motivated by ISIS propaganda were charged with terror-related offenses in 2014 alone. The threat of jihadist terror is no longer merely an external threat; the US is facing a new reality of jihadist terrorism arising from within its own borders.
On November 5, 2009, Nidal Hasan opened fire on Fort Hood, killing 13 people and injuring over 30 others. Hasan was born and raised in Arlington, VA and enjoyed a happy upbringing. Hasan joined the army straight out of high school and relatives recalled him as a proud American who loved serving his country. However, following the Fort Hood Massacre, information obtained from Hasan’s computer showed that he had begun visiting and engaging with radical Islamist websites and forums. The propaganda clearly marked a major turning point in his life.

In July 2010, Al Qaeda published its first issue of its English-language online magazine Inspire. The online, easily accessible, and uncensored publication was initially edited by Samir Khan, a 24 year-old American who defiantly maintained that he was “proud to be a traitor to America.” The first issue of Inspire included a translated message from Osama Bin-Laden and an article entitled “Make a Bomb in the Kitchen of Your Mom.” On April 15, 2013, two bombs exploded during the high-traffic Boston Marathon, killing three people and injuring 264 others. On April 18, the two perpetrators were identified as Dzhokhar and Tamerlan Tsarnaev. The Chechen brothers had been inspired to craft the two pressure cooker bombs from Inspire’s tutorial.

In January 2015, Christopher Lee Cornell was arrested for plotting an attack on the US Capitol building. The native Ohioan had read and circulated online propaganda from ISIS and Al Qaeda in the Arabian Peninsula (AQAP). In February, six Americans from Missouri, Illinois, and New York were arrested for providing resources to ISIS. In June, a Virginia teenager pleaded guilty to helping a friend travel to Syria to join ISIS. The same month, three teenagers from Denver were caught en route to join ISIS.

Waves of young Americans have been traveling overseas to join the “holy war,” and this phenomenon may be largely credited to ISIS’s effective media influence. According to FBI Director James Comey, the FBI knows of nearly 150 Americans who have travelled to Syria to fight, many if not all of whom were influenced by ISIS’s prominent social media presence. Comey went on to state that “hundreds, maybe thousands” of Americans have been invited to join ISIS and wage war on the US.

But First, Let Me Take a Selfie…With My Bomb

Former Defense Secretary Chuck Hagel called ISIS “an imminent threat to every interest we have.” Secretary of State John Kerry said it was “sheer evil” and a “cancer that must be stopped.” In a more technical sense, ISIS is part of a controlled strategy to undermine the stability of US-supported Arab states through waging a holy Islamist war. A major part of this foreign policy is an aggressive and targeted social media strategy.

ISIS’s main outlet is Twitter, since Twitter enables the organization to disseminate real-time information and engage with supporters. ISIS also relies heavily on retweets, which have contributed significantly to the organization’s rise in popularity and fame. Twitter also allows ISIS to maintain a degree of anonymity, which other social networking sites do not provide. If the FBI shuts down an ISIS Twitter account, ISIS can always create a new one. Additionally, ISIS has engineered successful hashtag campaigns to increase its notoriety and gain followers (#CalamityWillBefall
US, #AllEyesonISIS).

ISIS also uses other prominent social media platforms such as YouTube (where they post beheadings, training, and warning videos, some of which have gone viral), and an assortment of lesser known platforms like Friendica, Diaspora, and Quitter. When YouTube suspended ISIS accounts in response to the video of James Foley’s beheading, ISIS, not to be thwarted, turned to other video-sharing sites (such as VKontakte). ISIS even created its own media outlets: Al-Hayat Media distributes printed propaganda in Arabic, while Platform Media is its online counterpart. The website Al-Battar Media uses both English and Arabic to tweet news, publish official statements, and post videos. The Al-Medrar platform publishes material in a wide variety of languages.

ISIS has a sizeable online presence, but its real success lies in the online activity of its followers. ISIS supporters proudly retweet, repost, and share the organization’s propagandist media. Through Instagram, Facebook, and Twitter, these followers perpetuate and heighten awareness of ISIS’s doings.

ISIS and similar terrorist groups have used both anonymity and blatant exposure on the Internet and social media platforms to lure American young people into their cause. YouTube videos, Tumblr posts, tweets, and Facebook pages have all contributed to the rapid development of a homegrown threat in the US that will be difficult to stall. Social media has taken the place of propagandist war movies, allowing jihadists to spread their message quickly and effectively, all while appealing to their young adult audience. The US must find a way to combat this overwhelmingly effective and unprecedented social media propaganda machine.

A first step is to employ an improved prevention strategy that handles individuals that are susceptible to influence before they become radicalized. Thus far, the FBI has deployed a strategy of “targeted intervention,” which concentrates limited resources on violent radicals who pose an imminent threat. However, these interventions have been sporadic and executed arbitrarily. The FBI has also tried to rely on the trite “see something, say something” campaign.

But what the FBI should really do is look to Europe. As a hotbed of radical extremism, Europe has been battling with ISIS recruitment strategies. Unlike the US, European nations already have mature response frameworks in place. European cities have built networks of law enforcement, educators, health professionals, social workers, housing officers, and community leaders who are all trained to recognize signs of radicalization and handle potential terrorists methodically. In a highly involved process, at-risk individuals are coached and rehabilitated, pulling them away from militancy and back to a normal life. This usually entails mentorship (perhaps by a rehabilitated radical) and close monitoring by proper authorities.

The US should also overhaul its strategy to counter ISIS online. Clint Watts, a Fox fellow of the Foreign Policy Research Institute, points out that the US government currently employs an “all hands on deck” approach: “DoD, DoS, DoJ, DHS, and at times the intelligence agencies all combine forces to slowly fail at countering ISIS’s message.” This is because inter-agency relations have historically been less than ideal; agencies often compete with one another and are internally inefficient. Instead, the US government should create a cyber task force integrating members from each agency as well as cybersecurity experts. The group would be tasked with researching ISIS’s current online capabilities and methodologies and then propose recommendations. Teams or individuals within the task force would be assigned to target a specific media outlet of ISIS’s online agenda. ■