STRANGERS AMONG US: THE LEGAL AND ILLEGAL OF SPYING 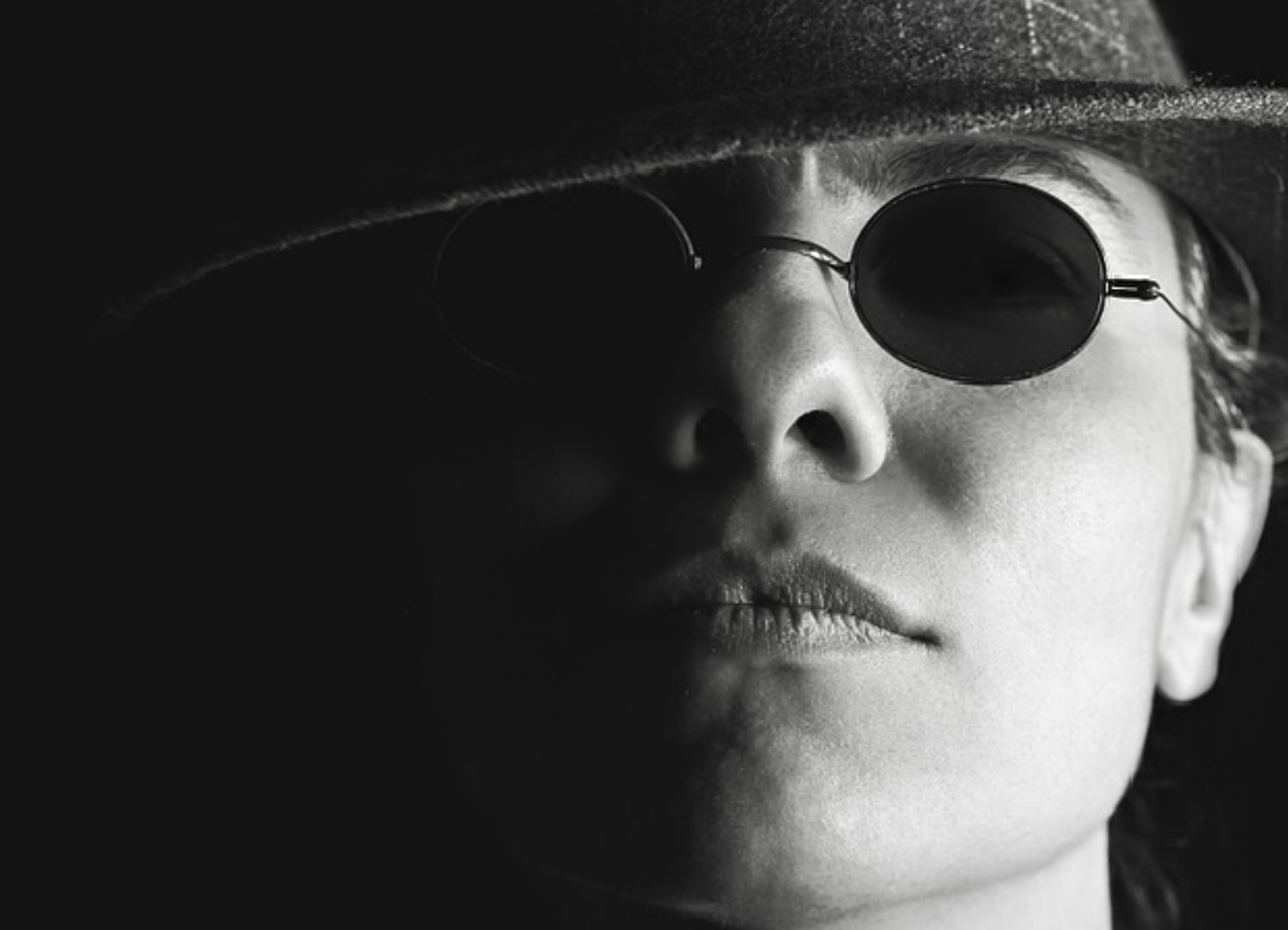 In 2010, ten Russian spies under illegal cover were arrested by the FBI. What are the ins and outs of illegal cover, and how do they affect international relations?

In 2001, at an underground rave party in London, Alex Chapman met Anna Kushchenko. It was love at first sight, and the two were married in a matter of weeks. Yet, a few months into their hasty union, Alex found himself bewildered by his wife’s odd habits. Why was she so obsessed with money and America all of a sudden? Why did she have secret meetings with Russian “friends”? In 2006, the couple divorced. In July 2010, Anna Chapman and nine others were arrested for violating the Foreign Agents Registration Act (FARA). They were dubbed part of the Russian SVR’s “Illegals Program.” The high-profile arrests shed light on a subject that has – no pun intended – been kept underground: the kinds of cover that can be used by spies in target countries. Most spies are “illegals”: those who pose as ordinary citizens. But some pose as diplomats, which is called having “legal” cover – and these can receive diplomatic immunity. There is a big difference between the types of espionage that can be committed by these spies and the penalties that they receive. Knowing the difference between legal and illegal cover is crucial to understanding international threats and possible solutions.

You Think You Know a Guy

The Illegals Program was a network of non-diplomatic Russian intelligence officers (IOs) planted in the US by the Russian Foreign Intelligence Service (SVR). These officers posed as normal American citizens, establishing relationships within academia, politics, and businesses. Some enrolled in American universities, while others joined professional organizations or government agencies as a means to obtain information. This kind of cover is known as “illegal” cover.

Most of their spying was accomplished through forged or stolen documentation. They were mainly asked to gather information regarding the US’s foreign policy. Specific areas of interest included US policy in Central America, American interpretation of Russian foreign policy, weaknesses in the US military, and cyberwarfare policies. Information obtained was sent back through hidden messages, disappearing ink, ad hoc wireless networks, shortwave radio transmissions, and stealthy swaps between spies. Moscow also created custom software that allowed the spies to send hidden messages in normal files.

Some spies, such as Anna Chapman, were a solo act. Others posed as married couples – some with children. Mickhail Anatolyevich Vasenkov and Vicky Pelaez were one such couple, and lived in Yonkers, NY. Another couple, Vladimir and Lidiya Guryev, posed as Richard and Cynthia Murphy – a completely normal American family. According to the FBI, these were not just temporary spies completing a task and taking the next flight back to Russia. These were IOs who were deeply committed to their mission and were willing to live in the US for decades if necessary.

The hunt for these spies was dubbed “Operation Ghost Stories” and continued by the FBI for over a decade. Eventually, after observing suspicious activities by the IOs over a long period of time, the FBI was able to get into contact with several via undercover agents. Footage released by the FBI on their website as part of a Freedom of Information Act request shows one such undercover meeting with Anna Chapman in a New York coffee shop. Encounters like these, along with embarrassing slip ups by the Russians (such as leaving the 27-character password to their custom software on a piece of paper) helped guide the FBI toward the identity of the ten intelligence officers.

All ten were arrested in 2010. Afterward, it was determined that none of the spies had been able to obtain or pass on any classified information, and consequently, the charge against them was reduced from espionage to acting as illegal agents of a foreign government. As spies under illegal cover, all could have faced long prison sentences. However, they never made it to sentencing. Instead, the US and Russia agreed to a prisoner exchange, swapping the ten Russian IOs for four agents convicted of committing espionage on behalf of the United States and Britain and imprisoned in Russia.

The Ones That Got Away

These ten Russian IOs gained a lot of press notoriety, but there are other officers who have been recently caught that were not affiliated with the Illegals Program. Earlier this year in January, FBI agents busted yet another Russian spy ring in New York. Evgeny Buryakov, Victor Podobnyy, and Igor Sporyshev all worked for a special sector of the SVR called “Directorate ER,” which specifically focused on gathering economic intelligence. Buryakov had several covers, most notable as a banker with the New York branch of a Russian bank. Sporyshev was posing as a trade representative to the Russian Federation in New York, while Pdobnyy was an attaché to the permanent mission of the Federation to the UN.

All three were apprehended, but their outcomes were different from the ten Russian IOs from 2010. Podobnyy and Sporyshev had “legal” cover – that is, they were on Russia’s roster of diplomatic officials. They were not arrested, but merely deported back to Russia.  Buryakov, on the other hand, was only posing as a banker. Under non-official, “illegal” cover, he was denied immunity and held by the FBI. Legal cover can make all the difference between a 20-year imprisonment and a speedy extradition back home for a spy.

As a final example from the 1990s, Russian diplomat Stanislav Borisovich Gusev was arrested for bugging the State Department and recording sensitive information. The arrest was the result of a FBI counterintelligence investigation. Gusev was monitored and found making a pattern of unusual visits to the State Department. After his arrest, State Department Diplomatic Security found a microphone recording sensitive information on the seventh floor that was determined as belonging to Gusev. However, since Gusev was registered with diplomatic status at the Russian embassy, his only penalty was being declared “persona non grata” and being ordered to leave the US.

Why, one might ask, would foreign countries not want all their spies to take advantage of diplomatic immunity? The answer is quite simple. Any person listed on a diplomatic roster is assumed to want to know sensitive information and is subject to extra scrutiny. Additionally, spies posing as ordinary citizens have access to many places that it would be unreasonable or out of character for a diplomat to go. There are advantages and disadvantages to both kinds of cover.

It’s Not What You Do, But How You Do It

Contrary to what one might expect, international law does not specifically define espionage as illegal. It remains, at most, an “unfriendly act.” In fact, the exact boundaries and legality of espionage activities remain ambiguous under international law and are subject to the offended country’s discretion. However, the Vienna Convention states that if an intelligence officer committing espionage is registered on a nation’s diplomatic roster, he continues to be protected under diplomatic immunity. Diplomatic immunity is honored to allow foreign diplomats to perform their duties as freely as possible and cannot be violated even when the person in question is not a real diplomat. The worst case scenario for such an IO caught under legal cover is being declared “persona non grata” and expelled from the country.

It is important to note that diplomatic immunity extends to both legitimate diplomatic officers and IOs posing as diplomats. Gusev was an official diplomat and was therefore granted immunity. If Anna Chapman had posed as a diplomat and registered as one, she could also have taken advantage of diplomatic immunity. But, as in the case of Buryakov, if one is not registered, one can be tried in the receiving country. Getting caught under illegal cover can lead to (depending on the severity of the case and the nature of the information obtained) a few years in prison or even a death sentence.

Foreign spies are still a serious national security threat to sensitive information. For this reason, it is important for the US to take greater care in its immigration and student visa processes. This can be accomplished through utilizing modern technologies and training the general public to report suspicious activity. In the hunt for the ten spies, FBI officials monitored transactions, utilized high-tech security cameras, and staged meetings. Foreign diplomats from countries who have been known to take advantage of diplomatic immunity to field intelligence officers should be more closely monitored in case they attempt espionage activities. It is harder to track case officers under legal cover, but toughening security and using the same technology as utilized in the Illegals Program will be a step forward. There will always be spies, and they will always try anything to obtain sensitive information. It is up to the United States government and its counterintelligence operatives to keep one step ahead of them. ■