SPIES AND DRUGS: MEXICAN CARTELS AS A COUNTERINTELLIGENCE THREAT 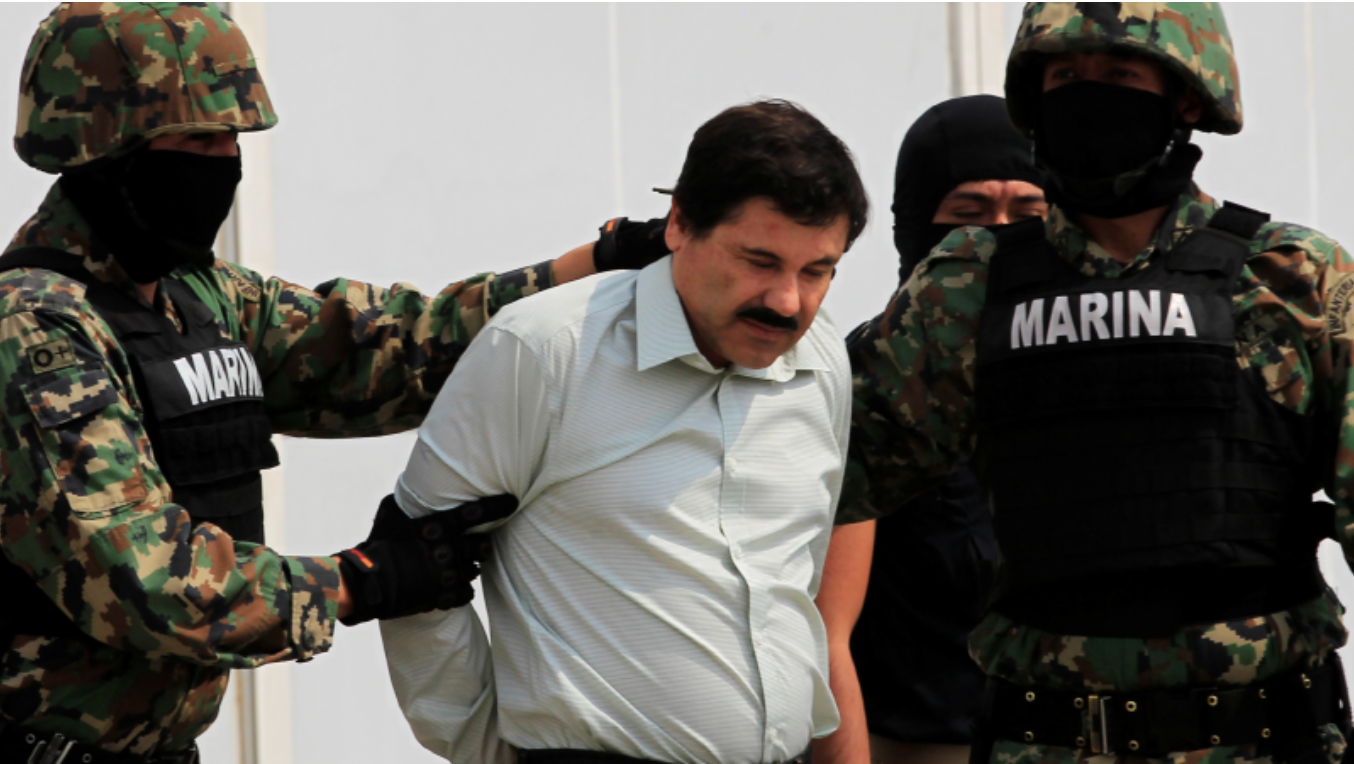 Not all Donald Trump’s Twitter wars are directed at Fox News. In July 2015, Donald Trump exchanged fierce words with the Mexican “Sinaloa” drug cartel’s kingpin, Joaquin “El Chapo” Guzman. Trump opened a case with the FBI after the drug lord threatened to assassinate him on social media.1 This online threat came just days after El Chapo’s daring escape from a maximum security prison in Mexico. His organization, the Sinaloa cartel, presents both a national security issue and a counterintelligence puzzle. The Sinaloa cartel uses many tactics common to intelligence agencies, including the deception of US agency personnel and exploitation of US employees. To effectively address the issue, the United States needs to view cartels as a counterintelligence threat and focus more resources on fighting public corruption.

In 2014, the Mexican government captured El Chapo for the second time. On 11 July 2015, El Chapo broke out of Altiplano Prison, the highest security prison in Mexico. He escaped through a hole in the floor of his shower into a tunnel. The mile-long tunnel was lit, ventilated, and equipped with a motorbike to assist the drug lord’s escape. Mexican officials immediately launched a manhunt and grounded flights at the nearby Toluca airport.2 The Mexican government has offered a $3.8 million reward for information leading to  El Chapo’s capture.3 The Drug Enforcement Administration created a toll-free El Chapo tip line and the State Department has offered five million dollars for his arrest.4

El Chapo’s dramatic escape severely embarrassed the Mexican government. The government, however, should not have been surprised. In 2001, the Sinaloa kingpin escaped a Mexican prison by bribing prison staff to wheel him out in a cart of dirty laundry.5 Security should have also accounted for escape by tunnel. The Sinaloa cartel is famous for digging tunnels and frequently uses them to traffic drugs across the border.6

El Chapo’s feat would have been impossible without effective intelligence. The escape team needed to know the precise layout and location of his cell. They had to pinpoint the security camera’s blind spot within a fraction of an inch.7  This realization has led to an investigation of the prison staff. The Mexican government immediately fired the prison’s director after the incident and has charged four prison officials with failure to notify authorities about the escape in a timely manner.3

Yet Sinaloa’s intelligence operations encompass more than prison escapes. The Sinaloa cartel has grown to be the largest and most dangerous organized crime group south of the US border. It has an estimated annual revenue of $3 billion.8 El Chapo built his criminal empire by taking over rival territory. He uses a variety of tactics to dominate the narcotics market, including assassinations and hit squads. One extremely effective strategy involves sending drug-dealing lieutenants as informants to the DEA and ICE. These informants have carefully fed information to US intelligence personnel in order to disrupt rival cartels. When the US used this information to dismantle the Tijuana Cartel, El Chapo took over their lucrative territory. Professor Tony Payan of the University of Texas at El Paso, who studies the cartel wars, affirmed that the Sinaloa cartel is “duping US agencies into fighting its enemies.” He says this tactic is “typical counterintelligence stuff. It’s smart. It’s so smart.”9 US intelligence agencies are reluctant to counter this strategy because the informants deliver incredibly useful information. Unfortunately, this information leads to the disruption of every cartel besides Sinaloa.9

Sinaloa’s counterintelligence strategies have proven effective. Edgardo Buscaglia, a lawyer and economist at ITAM, a Mexico City university, estimated in 2010 that Sinaloa owns around 45% of the drug market in Mexico. Using statistics from Mexican security forces, he found that only 941 of 53,174 people arrested for organized crime over the course of six years had any association with Sinaloa.10 While Sinaloa remains the largest cartel threat, it is still the most capable of evading law enforcement.

Corruption of US Officials

Operations against US personnel are not limited to just the Sinaloa cartel. As physical obstacles on the border have become more plentiful, cartels have turned to exploiting the weak link in the system: people. In recent years, police officers, state troopers, National Guard members, county sheriffs, prosecutors, judges, deputy US marshals, and the FBI special agent in charge of the El Paso office have all been found to have connections to Mexican drug organizations.11 In one instance, an individual sought employment as a border inspector for the express purpose of bringing drugs into the United States. He eventually pled guilty to importing more than 1,000 kilograms of marijuana and receiving over $5 million in bribe payments.12

Cartels use a variety of methods to recruit US officials, most commonly bribes and the solicitation of sex. Before personnel are recruited, the cartels often engage in extensive background checks and surveillance to identify potential targets. Most cartels find it cheaper to pay a few thousand dollars to bribe a Customs and Border Protection (CBP) agent than risk the seizure of drug shipments. Cartels often send attractive agents to seduce and recruit officers. In March 2007, CBP inspection officer Richard Elizalda was convicted of conspiring with his lover, cartel agent Raquel Arin, to bring illegal aliens through his inspection lane at the San Ysidro port of entry.11

US law enforcement and intelligence have made some headway against the corruption threat. As of March 2010, 120 of the 700 agents working on public corruption cases were stationed along the Southwest border. Investigations are coordinated among the Department of Homeland Security Office of Inspector General, CBP Internal Affairs, Transportation Security Administration, Drug Enforcement Administration, and the US Immigration and Customs Enforcement Office of Personal Responsibility. According to CBP, 21 CBP officers were arrested on corruption charges in 2008.11 In fiscal year 2009, these efforts resulted in over 100 arrests.12

The United States needs to view Mexican cartels such as Sinaloa through a counterintelligence framework. The intelligence community should not take informants and corruption charges at face value. Rather, agencies should be diligent in making connections and conducting extensive background investigations. The media and the government often devote much more attention to instances of international espionage than cases of public corruption. As such, the background checks and investigations done on foreign recruitments tend to be subjected to higher standards.7 This flawed perspective needs correction. In addition, agencies like the DEA should always extensively evaluate the motives and connections of informants. Perhaps agencies like the DEA and CIA should work on directly countering Sinaloa’s operations in Mexico. They might attempt to recruit agents from other cartels as leverage against Sinaloa and expand offensive counterintelligence operations.

The intelligence community has made significant progress against Mexican drug cartels. With the escape of El Chapo and the rise of Sinaloa, however, it is clear that more needs to be done. Part of the solution involves recognizing that the threat from Mexican cartels is different from the kind posed by traditional criminal organizations. Organizations like Sinaloa operate in ways similar to hostile intelligence agencies. Defeating them will require a counterintelligence approach. ■