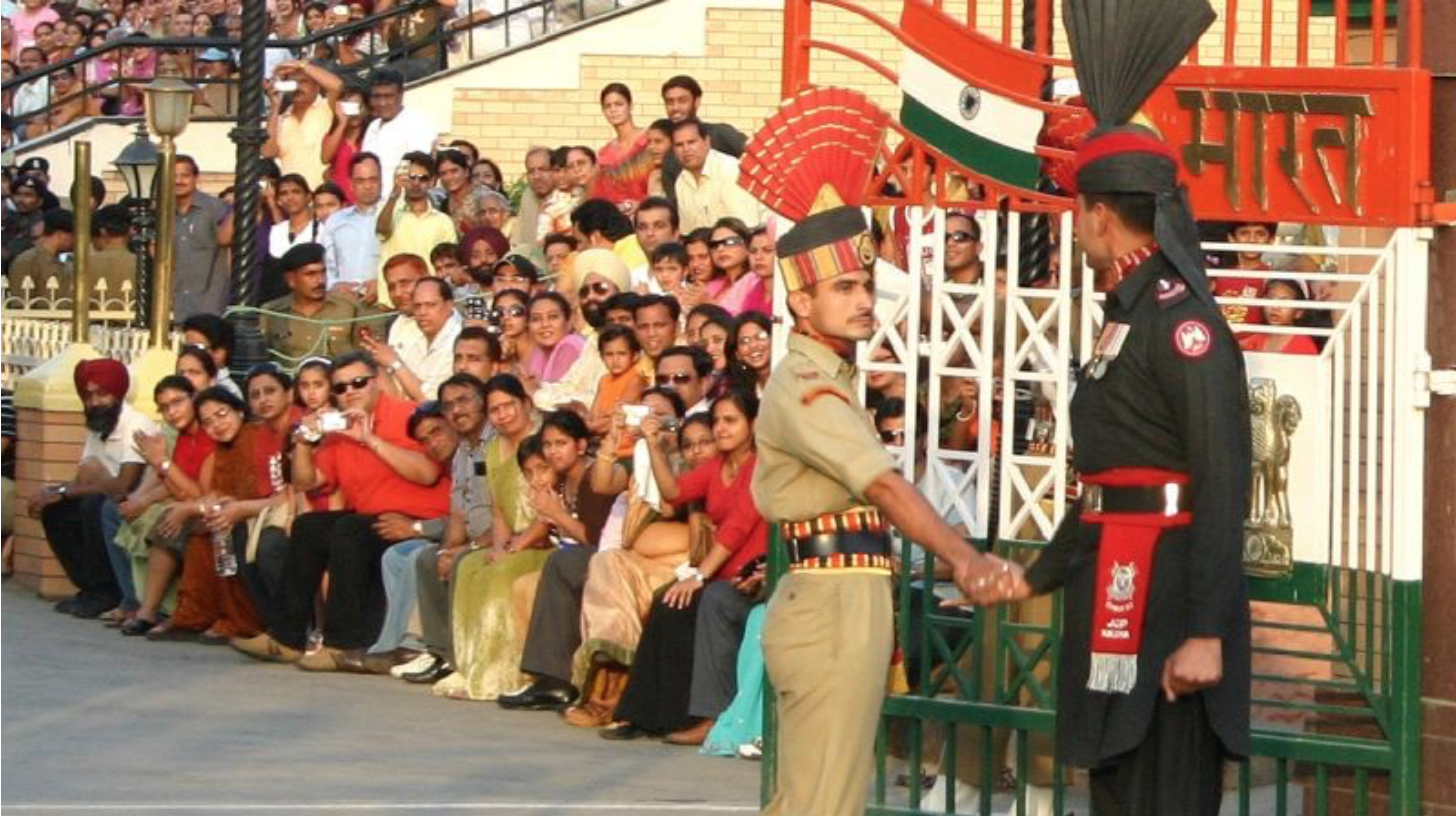 In the nuclear standoff between India and Pakistan, the United States need to be a wise mediator to prevent an arms race

India and Pakistan are locked in territorial disputes that have erupted into many skirmishes, proxy conflicts, and three major wars. However, the two nations also possess nuclear arsenals which considerably increase the risk of their rivalry. While India adheres to a “no first use” nuclear policy, Pakistan subscribes to an active deterrence policy.8, 4   Knowing that it would lose to India in a conventional war, Pakistan chooses to compensate by threatening nuclear retaliation if invaded or destabilized by India.9,14 This bleak security situation is exacerbated by the strategic meddling of foreign powers. China is deeply involved in the conflict due to its economic and territorial interests in South Asia, and the US has important ties to all three nations. To navigate this situation, US foreign policy needs to mature and practice firm, focused, and nuanced mediation in South Asia.5

India began its nuclear program in response to the perceived Chinese threat and has an estimated 110 nuclear weapons.12 India  subscribes to a kind of “minimum self defense” policy, meaning that it  maintains only the minimum number of nuclear weapons needed for self -defense.8 India believes that nuclear weapons are political tools and status symbols, not meant for battlefield use.10,13 India’s self-defense nuclear policy would appear to restrain a drive to incessantly develop nuclear weapons. Unfortunately, due to domestic issues, India’s leadership seems disengaged from security issues. 12 ,3 For example, while the Indian United Progressive Alliance led India, India and Pakistan worked to counteract misunderstandings through back channels.12 However, the currently dominant Bharatiya Janata Party does not use those channels.12

Pakistan created its nuclear program, now estimated to have 120 nuclear weapons, as leverage against India.2 Pakistan views nuclear weapons as deterrents against conventional or asymmetrical attacks.10 Pakistan’s Defense Minister stated, “We should pray that such an option never arises, but if we need to use [nuclear weapons] for our survival we will.”4 Thus, Pakistan has not adopted a no first use policy.2 Indeed, Pakistan postures itself as being comfortable with striking first with nuclear weapons in retaliation for a perceived major attack from India.

Pakistan could – theoretically – destroy every Indian nuclear site before India was able to retaliate.2 Pakistan also has tactical nuclear weapons (TNWs), designed for battlefield use. TNWs can be used in more local, small-scale situations with less collateral damage than a conventional nuclear weapon. By developing TNWs, Pakistan has negated India’s conventional military superiority since TNWs lower the threshold for nuclear war.10 This means that Pakistan could use a TNW without considering the consequences of bombing the large area a conventional nuclear weapon would affect. Pakistan would be forced to act quickly, as India has stated that it would respond to TNWs as it would to a larger nuclear attack.6

China’s activities in South Asia have added further complexity to the India-Pakistan situation. China borders both countries, has territorial disputes with India, and is greatly strengthening economic ties with Pakistan. China is a key factor in the nuclear situation between India and Pakistan. Indeed, according to a declassified State Department briefing from 1983, China actively helped Pakistan become a nuclear state.11 In addition, China has been a leading provider of sensitive technology to Pakistan.7 China’s altercations with India are fortunate for Pakistan, adding another layer of geopolitical deterrence against a large-scale Indian action against Pakistan. With its development of a large port in Pakistan, China gained an even more important reason to guard Pakistan’s security. For good or ill, the existence of nuclear arsenals and red lines have made conventional war quite risky.8 At some point, you have more than enough nuclear warheads (how many times can you destroy something?). More warheads do not necessarily guarantee greater security.3 However, they do result in a strategic stalemate, given that a nuclear exchange could result in massive destruction that neither side wants.3 Thus, the Mutually Assured Destruction (MAD) of the Cold War actually helped preserve peace. MAD worked during the Cold War because the US and the USSR had governments that functioned adequately and communicated with each other well enough to avert nuclear war. Unfortunately, the current India-Pakistan situation does not seem to have those qualities of fairly competent governments and open lines of communication. The fractious and unstable environment in Pakistan,2    India’s disengagement from security issues, the lack of mutual communication, and foreign meddling make South Asia a potential nuclear powder keg.

Likelihood of Nuclear Conflict Between India and Pakistan

The US and USSR survived the Cold War without a nuclear exchange, but will India and Pakistan? Stratfor argues that nuclear war is unlikely.12 Hopefully this is true. However, the nuclear tension between India and Pakistan does not seem to be lessening. The poorly led India, the unstable Pakistan, their use of proxies, the increased risk of misunderstandings, and mismatched nuclear policies—all of this complicated by China—seem to point to a time when the gates holding back chaos will falter. The Cold War had two major players. The India-Pakistan situation has three—four if you include the United States. Indeed, the India-Pakistan situation appears a bit more complex than the US-USSR confrontation during the Cold War.

The US faces a difficult situation: it is allied with both India and Pakistan, and it is economically tied to China. Even so, the US is uniquely positioned to affect the South Asian nuclear standoff in a positive way. The US needs to foster transparency, build trust, and work to mitigate nuclear arms races.5 To accomplish this goal, the US needs to have backbone in its foreign policy. The US does have interests in South Asia. The US must show leadership—at least as a mediator and a facilitator of discussion—while respecting Pakistan’s, India’s, and China’s sovereignty. The US could, perhaps, provide multilateral dialogues and forums for India, Pakistan, and China to work through the situation.5 However, this Asian Geneva approach will only work if the US leads by mediation, not by force, with consistency, and without prejudice toward one country or another.