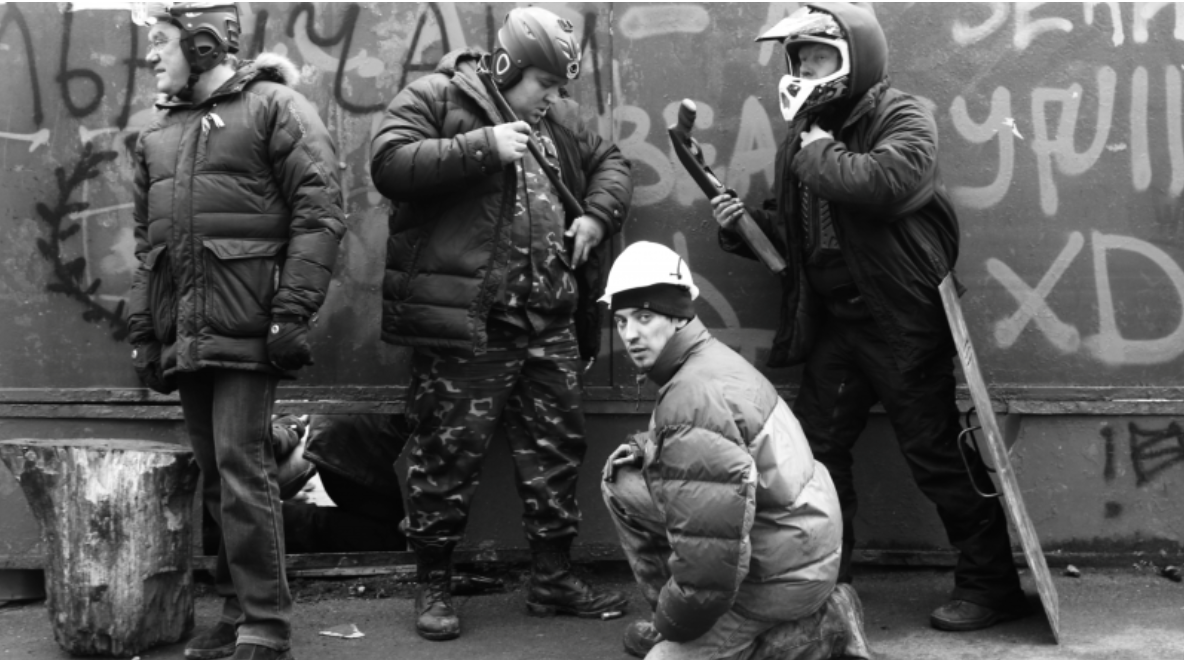 The recent rise in violence in Ukraine requires the United States to evaluate its relationship with Russia and Ukraine. Just a few weeks into the Trump presidency, hostilities erupted with renewed force in Avdiivka, Ukraine. Since then, tensions have increased between the West and Russia. In contrast to previous statements by President Trump on easing sanctions for Russia, various US leaders are calling for increased support to Ukrainian government forces. With no end in sight to the war, Ukraine must accept its precarious position between the West and Russia. Concurrently, the West and Russia must be willing to share Ukraine.

Fighting in eastern Ukraine between pro-Russian rebels and Ukrainian armed forces escalated in the early days of the Trump presidency.1 On January 29, a flare-up occurred with renewed force in Avdiivka, Ukraine. On February 1, the bodies of seven Ukrainian soldiers killed in fighting arrived in Kiev. Maidan, the city square that served as the site of the country’s 2014 Orange Revolution, filled with people and social media swelled with calls to support the victims.2 Since then, other Ukrainian front line positions have been attacked and the death toll continues to rise.2 In this most recent bout of fighting, 13 Ukrainian soldiers were killed, 93 wounded, 3 civilians killed, 1 civilian wounded, and 1 British journalist wounded.3 In nearby areas, forces cut off electricity, heat, and water supplies. Because of continued hostilities, repairs were delayed for several days.3

Ukrainian forces responded to rebel hostilities by targeting Donetsk and its suburbs. Fighting also escalated near Mariupol, Mariinka, Onytne, Pisky, and Popasna.3 The Organization for Security and Co-Operation in Europe (OSCE) reported a drastic, unprecedented increase in the number of ceasefire violations within the Avdiivka-Yasynuvata-Donetsk airport triangle since January 29.3 Both sides have moved heavy weaponry out of storage and into close proximity with each other. Ukrainian forces are once again using Multiple Launch Rocket Systems, despite the Minsk agreements’ proscription.4 The town of Avdiivka holds strategic value for Ukrainian defense. It may be the weakest point in the Donetsk People’s Republic (DNR), the self-proclaimed, Russian-backed Donetsk Oblast state. Control over the Donetsk-Horlivka Road through Avdiivka’s suburbs would improve Ukraine’s defense capacity.3 As an industrial city, Avdiivka is home to about 20,000 people and a coke fuel and chemical plant which provides raw material for Ukraine’s steel industry.4

The hostilities offer the reminder that the Minsk agreements continue to fail and political resolution remains distant. The 2014 Minsk Protocol strove to halt the war. After the ceasefire failed, the 2015 Minsk II attempted to alleviate fighting. Today, however, Ukraine’s combat-ready forces total 250,000 men, with 60,000 deployed in the east.5 There is an estimated permanent force of 40,000 Russian-backed insurgents and 5,000 covert Russian soldiers in the occupied territories.6 Although hostilities had been minimal for some months prior to February, Ukrainian forces had been seizing positions in the “grey zone” occupied by separatists in violation of the Minsk agreements.5 Ukraine had also carried out missile launches near Crimea as part of military exercises in December 2016.1

In response, the Trump administration has simultaneously condemned Russia’s aggression in Ukraine and encouraged cooperative measures with Russia. In her first speech at the UN Security Council, Nikki Haley – US Ambassador to the UN – spoke strongly against Russia’s actions: “The dire situation in eastern Ukraine is one that demands clear and strong condemnation of Russian actions…Until Russia and the separatists it supports respect Ukraine’s sovereignty and territorial integrity, this crisis will continue.”4 Vice-President Mike Pence affirmed Ambassador Haley’s condemnation, stating, “We’re watching…and very troubled by the increased hostilities over the past week in eastern Ukraine.”7 The Administration has suggested that the US would ease sanctions on Russia in exchange for cooperation in the fight against ISIS.7 However, any easement will be heavily scrutinized by America’s European allies in light of Russia’s aggression in Eastern Europe, regardless of common interests or potential cooperation in the Middle East. The violence ought to serve as a reminder to the West that it cannot yet lift sanctions. As the Trump administration vacillates on its position regarding the war and Russia, Ukraine increasingly feels abandoned by the West. International support for Ukraine is waning. Ukraine is becoming anxious that it will become a token in a brand bargain between Russia and the West.6 Recognizing this anxiety, German Chancellor Angela Merkel told Ukrainian President Petro Poroshenko that no deal would be made behind Ukraine’s back.6Witnessing the failure of the Minsk agreements and traditional diplomacy, Ukrainians doubt traditional, international security guarantees.4 If sanctions on Russia are lifted, Ukraine will likely escalate attacks out of self-defense.

Under a new Presidency, the United States must determine the level of support it will provide Ukraine. Currently, the US is hesitant to confront Russia. Rossiiskaia Gazeta, the official Russian government newspaper, declared, “Washington does put the blame on the [separatist] republics, does not express support for Kiev, and does not say a word about Russia’s role.”2 President Obama only supplied non-lethal equipment and medical supplies to the Ukrainian government forces.7 Secretary Rex Tillerson has suggested that the US now provide Ukraine with weapons.6 This reflects Senator John McCain’s warning that Russia is testing Mr. Trump. He has urged the President to provide Ukraine with lethal aid.7As the US discusses internally, Ukraine recognizes that any hope of unity will require military non-alignment. Learning from previous failed attempts, Ukraine must develop economic relations with Russia and the West. Russia and the West should allow this, even as both sides attempt to secure Ukraine in their respective spheres of influence. ■