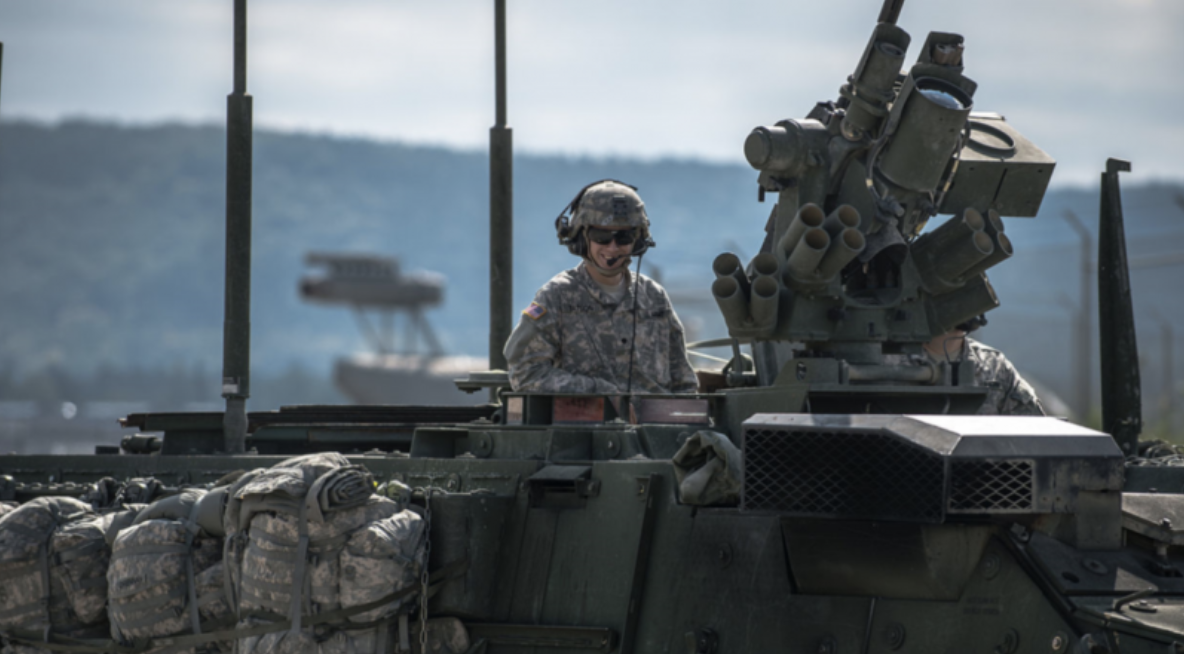 IN JANUARY 2017, US TROOPS ARRIVED IN POLAND AS PART OF NATO’S ENHANCED FORWARD PRESENCE (EFP) IN RESPONSE TO RUSSIAN AGGRESSION.

Their arrival forms part of the biggest US military deployment in Europe since the end of the Cold War. Now that President Trump is in the Oval Office, his evolving opinion on US involvement in EFP will influence his fluctuating attitudes toward NATO and Russia. His attitude towards EFP will either further concern America’s European allies and fellow NATO members or assure them of America’s continued commitment to the alliance.

US troop and equipment arrival in Poland on January 12 – as part of NATO’s Enhanced Forward Presence – marks the biggest reinforcement of Alliance collective defense in a generation. The 3rd Brigade of the 4th Infantry Division arrived in Bremerhaven, Germany on January 6. The Armored Brigade Combat Team will go to the Baltic States, Bulgaria, Romania, and Hungary to train local troops, serving as part of a rotation of American military assets in the region.1 In addition to about 3,500 soldiers, 2,800 pieces of military equipment, including tanks, armored fighting vehicles, artillery, and trucks, arrived. The equipment will be dispersed across seven locations in Eastern Europe to be used for training and exercises.2

The troops’ arrival further implements the 2016 Warsaw Summit decision to establish NATO’s forward presence in the Baltic States, Poland, and the Black Sea region.3 The Warsaw Summit’s agenda focused on strengthening NATO’s military presence in Eastern Europe through new alliance bases and enhanced individual nation capabilities.4 As part of EFP, four multinational battalions with robust, multinational, combat-ready forces will be led by the US, the UK, Germany, and Canada. Separately, NATO is developing a tailored forward presence in southeast Alliance territory.

NATO intends for the US military deployment to Eastern Europe to deter Russian aggression.USEUCOM Deputy Commander Lt. Gen. Tim Ray commented on US intentions in the region, explaining, “This is one part of our efforts to deter Russian aggression, ensure the territorial integrity of our allies, and maintain a Europe that is whole, free, prosperous, and at peace…We are invested…from infrastructure upgrades across the continent to airfields and ranges. We’re also prepositioning supplies and equipment, and exercising with our Allies and partners.”5 Acting under NATO command, the US battalion will focus on cooperation with allied forces and missile defense and crisis response operations.6

Mr. Trump has offered competing opinions on NATO to the press and foreign leaders. The reinforcement preceded the inauguration of Mr. Trump, who repeatedly questioned the necessity of NATO prior to taking office. In an interview with Germany’s Bild and the Times of London, then President-Elect Trump called NATO “obsolete” because of its age and supposed lack of acclimation to the current state of affairs.7 In contrast, Mr. Trump has reassured several European leaders of America’s commitment to NATO. During Prime Minister Theresa May’s visit to the US, she said that Mr. Trump confirmed that he is “100% behind NATO.”8 Following a phone call with German Chancellor Angela Merkel, the White House reported that the two leaders agreed that NATO is of “fundamental importance.”9 After a phone conversation between Mr. Trump and French President Francois Hollande, the White House reported that they reaffirmed US commitment to NATO.10 Secretary of Defense Mattis additionally reaffirmed America’s “unshakable” support for NATO.11

Mr. Trump must decide how to balance America’s commitment to NATO’S EFP and his desire to warm America’s relationship with Russia. Although the two commitments are not mutually exclusive, they support alternative sides in an increasingly tense region. EFP serves as a case study at the beginning of Mr. Trump’s presidency regarding America’s future in NATO and relationship with Russia. Mr. Trump should maintain his stated commitment to NATO, explicitly supporting US troops in Eastern Europe. European leaders should continue advocating for NATO’s importance and expressing their commitment to defense spending. In conversations with Russian President Putin, Mr. Trump must use the same strong tone he has already used for allies like Australia. Mr. Trump has demonstrated his willingness to take bold and aggressive positions. He should defend NATO interests and express the concerns of America’s European allies to Mr. Putin. ■