TOO GOOD TO BE TRUE: CHINA’S CHEAP MANIPULATION OF THE RENMINBI CURRENCY 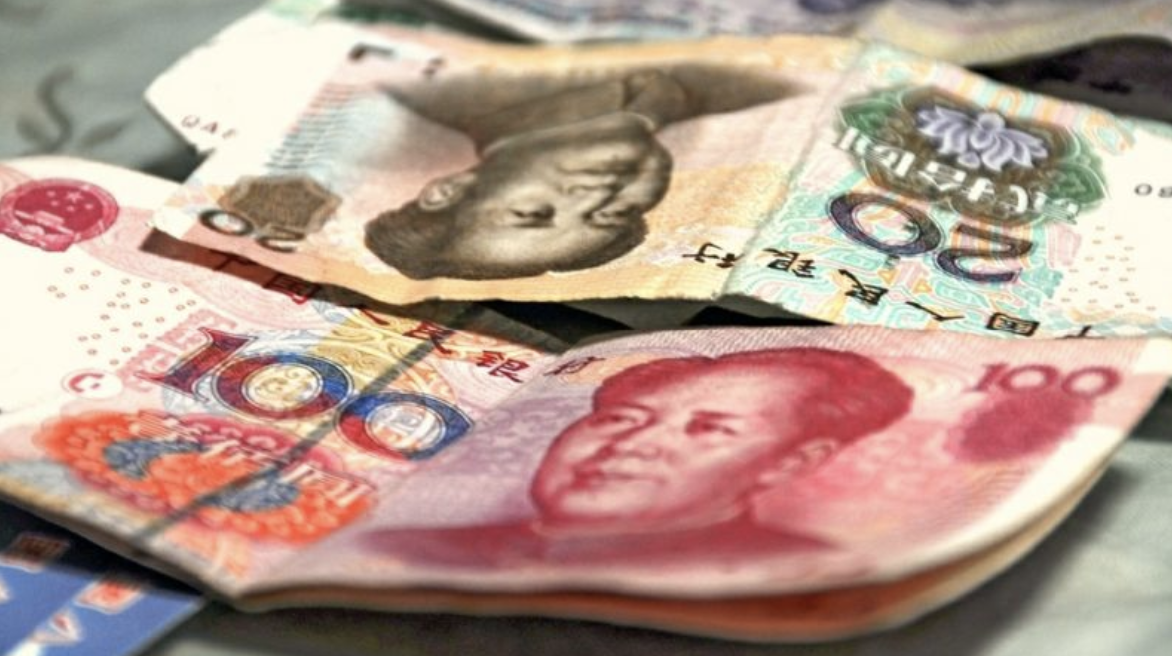 The Chinese RMB is becoming more influential in international finance, but China's internal politics mean that the RMB is hardly ready to become a reserve currency competitive with the dollar.

Many fear that the IMF’s decision in 2015 to add the Chinese renminbi (RMB) to its basket of reserve currencies threatens to dethrone the dollar as the primary world reserve currency. The renminbi’s inclusion is an important step for China in its mission to achieve recognition as a formidable global economic power. The IMF’s move lends China important international credibility. A former US Treasury undersecretary noted that “It’s a big win for Beijing as they look to bolster their image and to get the respect they think they deserve.”1 But fears of the RMB replacing the dollar are unfounded. Too many problems stand in China’s way: the lack of an open capital account, a manipulated and fixed exchange rate, and a scarcity of international trust. While these conditions remain, the US does not need to worry about trying to target the renminbi directly for competition. To keep first place in the list of reserve currencies, the United States must simply maintain the vitality of the US dollar by encouraging domestic economic strength and remaining an attractive place for foreign investment.

Economically, China has progressed from a backward and devastated country in the middle of the 20th century to a formidable power in the 21st. Currently, China is the world’s largest trading nation. International corporations have increasingly invoiced their businesses in renminbi. Beijing has created several new financial institutions with the intent of expanding the use of the RMB. The country recently surpassed the US as the world’s leading trading partner, when their share of world exports rose from 3.9 percent in 2000 to 12.4 percent in 2014.2 Moreover, Beijing has successfully “internationalized” the RMB.3According to SWIFT, a global financial clearinghouse and provider of secure financial messaging services, the RMB is the world’s fifth most widely used global payment currency. SWIFT also ranked it as second in the world for trade finance.4 The IMF’s decision to award the renminbi a place among the elite currencies of the world underscores China’s rising financial influence.

China is interested in a powerful currency for political as well as economic reasons: the US can exercise nearly irresistible political leverage through its dominance of the international financial system. All international transactions made in dollars must clear through the New York Branch of the Federal Reserve. If the US places sanctions on any bank or company and blocks them from the US banking system, it is tantamount to cutting them off from international trade. This is the primary reason US sanctions against Iran and North Korea carry such weight.6 China became painfully aware of this political power in 2013 when the United States placed sanctions on North Korea’s main foreign exchange bank, which was located in Macau. The US extended sanctions to all banks that transacted with it, effectively putting pressure on traders to voluntarily stop transactions.  If China had continued to transact with it, it would have incurred sanctions upon itself as well. The need to use American clearinghouses won out, and China cut off transactions with the North Korean bank.7

This, of course, is unpleasant to China, and it has taken steps to combat US dominance. On a long-term basis, if such actions take effect, China could potentially do significant harm to the US’s international interests. For example, China has initiated a system for processing cross-border RMB payments. Eventually, this system would allow banks and companies to exchange money worldwide without needing to use the US dollar.6 Ideally, in the future the renminbi’s ascendance over the dollar would shift primary global economic influence toward China and away from the United States.5

An RMB takeover would also impact the United States economically. Currently, the United States enjoys many privileges associated with being the holder of the world’s primary reserve currency. America can sell bonds for higher than normal prices, since around 60% of all global central-bank reserves are held in dollars. The nature of bonds moving inversely to prices results in less cost for American borrowing and, thus, easier funding of deficits.6 The benefits of having the dominant reserve currency add up to a value of around $90 billion, according to McKinsey & Company.8

Death Knell of the Dollar?

Fortunately for the United States, China’s renminbi is nowhere near replacing the US dollar in the international sphere, although it may gain influence. Economists have long believed that several factors are necessary for a country to field a successful reserve currency: capital account convertibility, a floating exchange rate, and international trust.9 Brookings Institute concurred by contending that due to the lack of a flexible exchange rate and an open capital account, “any discussion about the RMB’s ascendance might seem premature.”9

An Open Capital Account. Capital account convertibility means that transactions of local financial assets can be converted into foreign financial assets freely and at country-determined exchange rates. There should be few or no restrictions of what kind of assets can be converted and by whom. Other restrictions countries can put on capital include how often capital may be transferred and how much an investor may move annually. The fewer restrictions, the more convertible an account may be and the more likely a country’s currency will be in use internationally.

China still heavily regulates its financial system. This became apparent in the stock market crash of 2013. After trades in over 90% of the 2,774 shares listed on Chinese exchanges halted, the government took extensive and sometimes unethical measures to repair the damage. The overbearing manipulation of the economy and stock market only made matters much worse.10

Controls on international capital flow are particularly stringent. Deliberate and extensive manipulation of capital allows the RMB to match the dollar in value.11 As the Wall Street Journal noted, “China has long strictly controlled flows of capital across its borders, which helped it keep the yuan closely pegged to the dollar.”11 This intervention is a clear play for advantage in the global market, because a devalued yuan allows foreign countries to buy Chinese goods for cheaper prices. The increased cost of importing goods then benefits domestic manufacturers.13 For example, when the economy began to show an industrial slowdown in mid-2015, China devalued the RMB. The alleged reason was to bring the RMB’s value closer to the theoretical equilibrium market value, but the truth is that the RMB’s value should be increasing rather than decreasing.12 As demonstrated by China’s intervention during the stock market crash and their devaluation of the renminbi, the government clearly is not ready to give up control of the market.

Floating Exchange Rate. China’s interventionist tendencies are exactly the opposite of what is needed to achieve a floating exchange rate. Floating exchange rates are incompatible with a hands-on government approach to economy control. Again, the Wall Street Journal commented, “It’s going to be a long time before China allows its currency to freely float, because the whole system is built on tightly controlling the yuan’s value.”14 A freely-floating exchange rate more accurately reflects the true value of relative prices between China and the rest of the world. If the RMB were allowed to float, it would indeed help China integrate into the global economy—but it would not be on terms that China wants.

International Trust. Another integral component to a powerful reserve currency is international trust. In order for foreign investors to trust China with large sums of money, they need to have a certain amount of trust in the country. But it almost goes without saying that too much trust is unwise. Significant political reform must occur first. China’s financial markets are fairly underdeveloped and volatile. In addition, China’s single-party system has a low level of transparency and accountability.9 Moreover, China’s recent aggressive attitude concerning territorial disputes with Japan and various Southeast Asian nations makes China far from a safe investment haven.15  Withholding trust from China is an obvious conclusion for investors, but it is not one that China seems to want to accept. China would like to have its cake and eat it too—have international trustworthiness without first making itself a trustworthy nation.

In contrast, United States will remain an attractive reserve currency stronghold. Even amidst the global economic crisis, investment in the US is likely to continue to grow. A member of Barack Obama’s Council of Economic Advisers, Austan Goolsbee, affirmed that “in a moment of crisis it has always been and has continued to be now the case that the US is the safest harbor in the world, so there does tend to be a flight to safety when people get nervous about uncertainties in the world economy.” To cite one example, the number of US government securities held by foreign countries rose from $1 trillion in 2000 to $6 trillion in 2015.18

It is important to remember that the United States still holds 62% of the world’s aggregated reserve currency. Although the RMB was recognized by the IMF, it is not even among the top five reserve currencies: the dollar, euro, yen, pound sterling, and Swiss franc.16 The inclusion of the RMB into the IMF is mainly symbolic and will not singlehandedly enhance the currency’s attractiveness as a reserve currency. Currencies in possession of deep and liquid sovereign-bond markets that are readily convertible into other currencies, such as the US dollar, will consistently be preferred by global reserve managers.17 Unlike the currencies of most other countries, including China, the United States dollar has never been invalidated, renamed, reissued, or disavowed. It has also never suffered hyperinflation. Indeed, despite US debt, recessions, and government spending, the US dollar has stood its ground.

Strategy for Strengthening the Dollar

Rather than seeking to obstruct China’s economic success, the United States should focus on maintaining domestic growth and continuing to attract foreign investment. Economic growth will help secure the strength of the dollar. Foreign investment bolsters the amount of capital circulating in the economy and increases domestic prosperity. Foreign investment is also a self-supporting cycle: the more investors trust one country and safeguard their capital there, the more other are likely to do so as well.19

The best way to ensure the long-term strength of the economy and the dollar is to rein in future entitlement expenditures. Almost defaulting on debt payments a few years ago did not significantly harm the US dollar’s reserve status, but it was a lucky accident. Certainly the greatest threat to the United States’ reserve status is its budget deficit and projected federal unfunded liabilities. Since late 1990s, the US budget deficit has well exceeded 100 percent of GDP. If sovereign debt fails to hold its value, investors will lose confidence and the dollar will likely lose its global reserve status.20 It is one thing to feel confident in the strength of the US dollar because 90% of all foreign transactions still involve the dollar, and because the US still functions as an international clearinghouse for foreign trade. For those reasons alone, the dollar will not lose its prowess to the renminbi in the near future. But trust must be earned and won, not merely assumed, and there is no reason to be complacent. ■