BREEDING GROUND FOR DANGER: THE THREAT OF ARMS TRAFFICKING 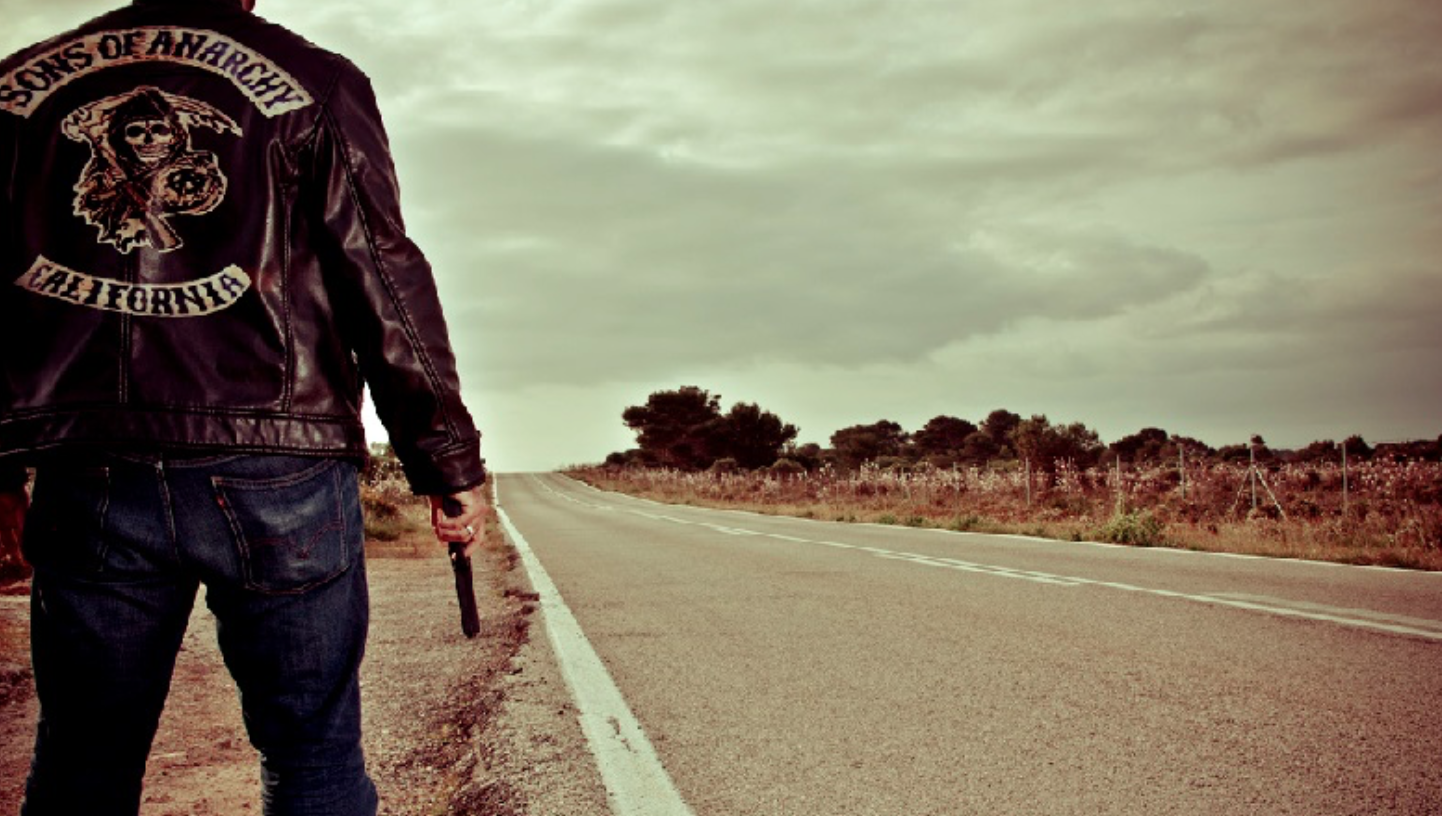 Every week, around 4 million people tune in to watch the escapades of the Sons of Anarchy, a tightly-knit club of outlaws whose main source of income comes from trafficking arms to criminal enterprises domestically and internationally. Although the show has established a cult following and has won numerous awards, it highlights a dangerously relevant issue. The global arms trafficking industry is valued at over 60 billion dollars. As of 2013, there are 45 to 80 million illicit arms circulating in Central America alone. The industry has also begun to flourish in Europe and the Middle East, as well as along the US-Mexico border. Data has shown that illicit arms trafficking fuels civil wars, leads to high crime rates, and—perhaps most disturbingly—supplies the arsenals of some of the Western world’s most dangerous terrorist enemies. The US has taken the reins in combating the flourishing industry through a number of policies and international agreements.

Arms trafficking is the illegal smuggling of contraband weapons or ammunition. Definitions of legal arms trade can vary widely from country to country, but the internationally accepted definition comes from the 1997 Report of the UN Panel of Government Experts on Small Arms. According to the report,
small arms” include personal-use weapons, such as pistols, rifles, and assault rifles. “Light weapons” are designed for unit use, including heavy machine guns, portable anti-aircraft guns, and portable anti-tank guns. The UN Report’s definition also covers ammunition and explosives, which are both integral to SA/LW conflicts. The sale of SA/LW and their implements account for 10-20% of total global illegal arms trade, bringing in approximately $8 billion annually. According to the 2005 Small Arms Survey, SA/LW conflicts also comprise an estimated 60-90% of the 100,000 conflict deaths each year.

Historically, arms trafficking has thrived in times of political instability—a trend that continues today. In the 1970s, the Irish Republican Army stocked its arsenal with smuggled American and Libyan arms. Their primary gunrunners, George Harrison and Gabriel Magahey, were not caught or convicted until the early 1980s. The IRA continued in gun smuggling until 1999, when the FBI arrested IRA members for the illicit purchase of over 100 firearms from a dealer in Florida. In 2001, an Israeli arms dealer based in unstable Panama illegally purchased 3,000 AK-47s and ammunition from Nicaragua in what became known as the Otterloo incident. Currently, the politically vulnerable country of Thailand is witnessing a surge in illicit weapon circulation, as government officials gear up for a possible civil war. Additionally, South Asia has seen an estimated 63 million guns trafficked into India and Pakistan. In 2013, illegal sales of American arms were openly taking place in the marketplaces of Kabul, Afghanistan. Most recently, illegal arms were shipped to Syrian rebels from unknown sources. Arms trafficking is gaining traction along the US-Mexico border, which in many places is unmanned and unsecure. An estimated 250,000 illegal weapons are smuggled across that border each year. All these situations are tied together by one common theme: instability and uncertainty.

The US has seen a marked rise in arms trafficking, both across its borders and between its states. Much of the interstate trafficking takes place on the “Iron Pipeline,” a moniker for the I-95 route used to smuggle illegal weapons from ten states in the South and the Mid-Atlantic into New England. Most of these weapons are shipped to states with stricter gun laws, such as New York and New Jersey. According to a 2010 report by the Bureau of Alcohol, Tobacco, Forearms and Explosives (BAFTE), these ten states supplied almost half the interstate-trafficked guns recovered at crime scenes. The report also states that 90% of guns recovered at New York City crime scenes came from out of state. In May 2015, it was determined that the gun used in the shooting of NYPD Officer Brian Moore came from Georgia. The Iron Pipeline has been cited by numerous state lawmakers and pundits as the main obstacle that must be overcome in order to reduce gun crimes.

There are a number of murky weapons dealers who have built empires around arms trafficking. Monzer al-Kassar, better known as the ostentatiously wealthy “Prince of Marbella,” is one such dealer. Al-Kassar makes his home in Marbella, Spain, where he conducts most of his drug and arms trafficking operations. His “business” had previously been based in the UK, but a series of questionable arms transactions led to his expulsion in 1984. Al-Kassar has been linked to numerous crimes, including the 1985 Achille Lauro cruise ship hijacking and the Iran-Contra affair. In both cases, al-Kassar was convicted of selling firearms to terrorists and rogues. Perhaps the most famous illicit weapons dealer of the 21st century is Viktor Bout, a Russian gun lord with extensive networks in the Middle East and Africa. Former British Foreign Office Minister Pete Hain described him as “the principal conduit for planes and supply routes that take arms from east Europe, principally Bulgaria, Moldova and Ukraine, to Liberia and Angola.” Bout was convicted by a Manhattan court for arms trafficking in 2011.

Although characters like al-Kassar and Bout lend romantic interest to arms trafficking, the truth is that many illegal weapons—particularly SA/LW—come from vulnerable government arsenals prone to theft, loss, and diversion. For instance, countries such as Albania and Iraq have found their federal arsenals looted by rebels and rioters multiple times. These weapons then circulate through various countries and can make their way into the wrong hands. SA/LW are particularly easy to obtain and smuggle because their distribution is often under legitimate military, law enforcement, and recreational purposes. As such, they are harder to regulate and are often the subject of numerous loopholes. Governments have found it difficult to balance the prevention of SA/LW misuse while maintaining a light footprint on legitimate trade and markets. The very design of these weapons—small, light, and portable—makes them hard to track. Once acquired, SA/LW can be shipped across the border packed into regular shipping cargo, home appliances, and even sacks of vegetables. For these reasons, arms trade expert Matt Schroeder insists that “small arms trafficking is not a problem you solve; it is a problem you manage.”

In a speech at the Washington Institute, Deputy Assistant Secretary of Defense for Counternarcotics and Global Threats William F. Weschler highlighted the emerging threat of arms trafficking: “Taking advantage of open borders, rapid increases in the volume and speed of global trade, and the dissemination of technology tools, criminal organizations that once dealt almost exclusively in narcotics began trafficking in small arms and light weapons…[they] recognized the additional profits and operational flexibility that a broader range of trafficking activities could provide.” Indeed, these criminal organizations have found a lucrative business in selling illegal arms to poorly furnished rebel armies and terrorists. For as little as a thousand dollars on the black market, terrorists can purchase a shoulder-fired surface-to-air missile, which has the capacity to bring down a commercial airliner. For a few hundred dollars, a rogue can obtain an assault rifle capable of slaughtering a small crowd.

As stated before, it is hard to stem the flow of illegal SA/LW traffic. However, the US has been refocusing its efforts to manage and hopefully eliminate terrorist access to surplus and obsolete weaponry (often sold on the black market). Since 2001, the State Department has been implementing and improving its SA/LW Destruction Program, which has destroyed over 800,000 SA/LW and 80 million rounds of ammunition in 20 countries. The Defense Threat Reduction Agency has also reached out to officials in 19 countries to assist them in managing their own SA/LW stockpiles. Additionally, the US joined other nations in drafting the UN’s Kinshasa Convention, which strictly controls arms transfers and prohibits civilian light weapon possession in certain countries. The US partnered with Mexico in 2012 to create the Merida Initiative High-Level Consultative Group on Bilateral Cooperation Against Transnational Criminal Organizations.

However, some of the US’s efforts have failed—most notably, Project Gunrunner. Project Gunrunner’s primary tactic is interdiction of straw purchasers and unlicensed dealers to prevent legal firearms from being sold on the black market. The project maintained mediocre effectiveness until 2011, when it was revealed that Operation Wide Receiver and Operation Fast and Furious (two sub-projects) had allowed and even facilitated illegal sales of firearms to Mexico. Many of the guns sold were later recovered from crime scenes in Arizona, and one was later attributed as the gun used in the shooting of CBP Officer Brian Terry.

While oversight of the illegal SA/LW industry has proven tricky, there are several policy upgrades the US can make. First, the government should implement tighter oversight and improved licensing of dealers. Additionally, states can require dealers to have a state license in addition to a federal license, following the same rigorous process as the federal government. The government can also improve screening of potential buyers by requiring background checks when they buy from both licensed dealers and private sellers (those buying from private sellers currently do not have to undergo background checks). Although it is an unpopular option, the government could also look into firearm registration. However, this solution has faced severe backlash from conservatives and Republicans on the Hill. Another unpopular but available option is restricting gun purchases to one per month. Beyond the regulation of the actual market, the government can also raise awareness among the public. Local and federal law enforcement should encourage reporting of gun theft, and could perhaps make it mandatory. This encourages owner accountability and makes tracing the gun a much easier process. ■