“THE THREAT FROM WEAPONS OF MASS DESTRUCTION” 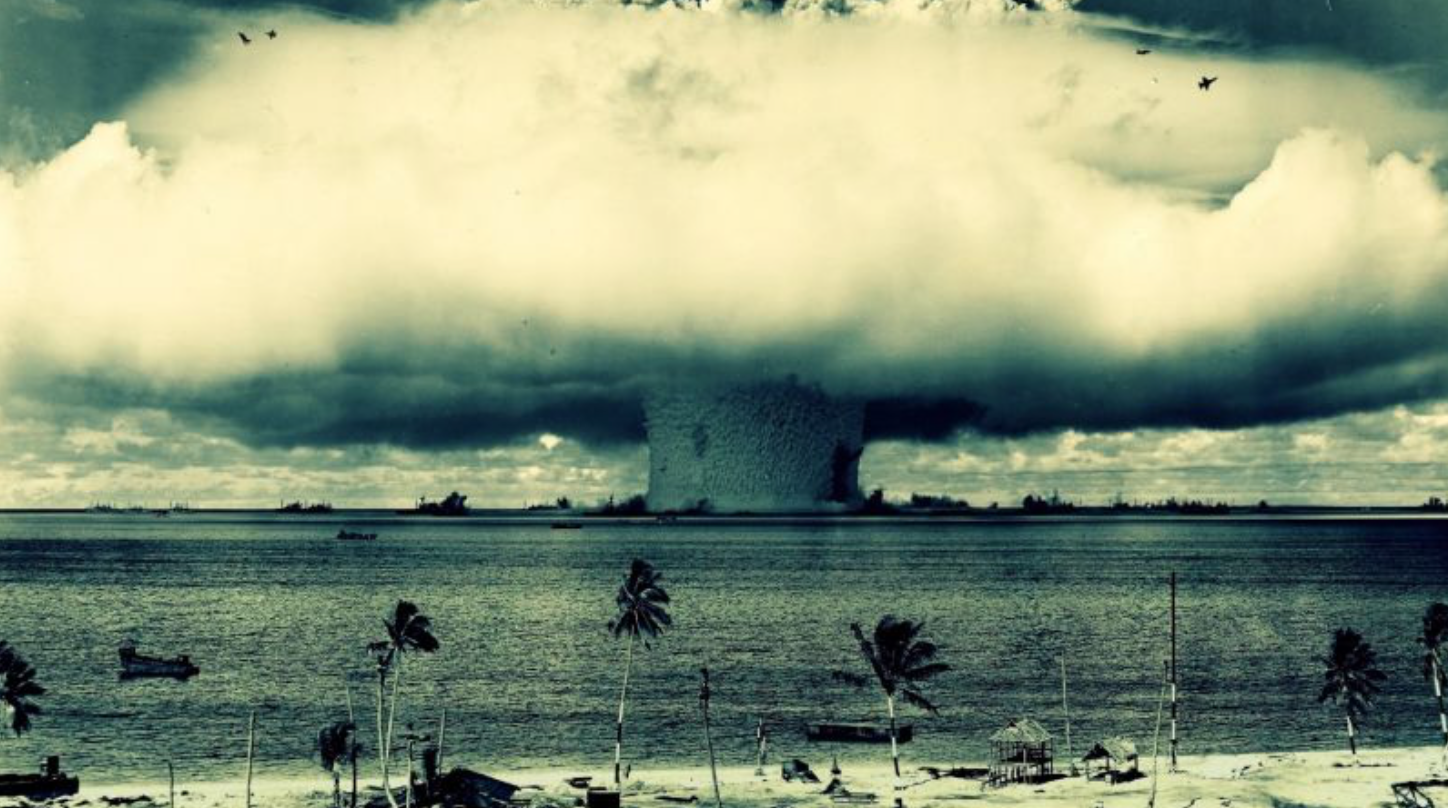 Nation-states’ efforts to develop or acquire weapons of mass destruction (WMD), their delivery systems, or their underlying technologies constitute a major threat to the security of the United States, its deployed troops, and allies. Syrian regime use of chemical weapons against the opposition further demonstrates that the threat of WMD is real. The time when only a few states had access to the most dangerous technologies is past. Biological and chemical materials and technologies, almost always dual-use, move easily in the globalized economy, as do personnel with the scientific expertise to design and use them. The latest discoveries in the life sciences also diffuse rapidly around the globe.

We continue to assess that Iran’s overarching strategic goals of enhancing its security, prestige, and regional influence have led it to pursue capabilities to meet its civilian goals and give it the ability to build 6 missile-deliverable nuclear weapons, if it chooses to do so. We do not know whether Iran will eventually decide to build nuclear weapons.

We also continue to assess that Iran does not face any insurmountable technical barriers to producing a nuclear weapon, making Iran’s political will the central issue. However, Iranian implementation of the Joint Plan of Action (JPOA) has at least temporarily inhibited further progress in its uranium enrichment and plutonium production capabilities and effectively eliminated Iran’s stockpile of 20 percent enriched uranium. The agreement has also enhanced the transparency of Iran’s nuclear activities, mainly through improved International Atomic Energy Agency (IAEA) access and earlier warning of any effort to make material for nuclear weapons using its safeguarded facilities.

North Korea’s nuclear weapons and missile programs pose a serious threat to the United States and to the security environment in East Asia. North Korea’s export of ballistic missiles and associated materials to several countries, including Iran and Syria, and its assistance to Syria’s construction of a nuclear reactor, destroyed in 2007, illustrate its willingness to proliferate dangerous technologies. In 2013, following North Korea’s third nuclear test, Pyongyang announced its intention to “refurbish and restart” its nuclear facilities, to include the uranium enrichment facility at Yongbyon, and to restart its graphite-moderated plutonium production reactor that was shut down in 2007. We assess that North Korea has followed through on its announcement by expanding its Yongbyon enrichment facility and restarting the reactor.

In 2014, North Korea launched an unprecedented number of ballistic missiles. Pyongyang is committed to developing a long-range, nuclear-armed missile that is capable of posing a direct threat to the United States and has publicly displayed its KN08 road-mobile ICBM twice.  We assess that North Korea has already taken initial steps toward fielding this system, although the system has not been flight-tested.

Because of deficiencies in their conventional military forces, North Korean leaders are focused on developing missile and WMD capabilities, particularly building nuclear weapons. Although North Korean state media regularly carries official statements on North Korea’s justification for building nuclear weapons and threatening to use them as a defensive or retaliatory measure, we do not know the details of Pyongyang’s nuclear doctrine or employment concepts. We have long assessed that, in Pyongyang’s view, its nuclear capabilities are intended for deterrence, international prestige, and coercive diplomacy.

The People’s Liberation Army’s (PLA’s) Second Artillery Force continues to modernize its nuclear missile force by adding more survivable road-mobile systems and enhancing its silo-based systems. This new generation of missiles is intended to ensure the viability of China’s strategic deterrent by providing a second strike capability. In addition, the PLA Navy continues to develop the JL-2 submarine-launched ballistic missile (SLBM) and might produce additional JIN-class nuclear-powered ballistic missile submarines. The JIN-class submarines, armed with JL-2 SLBMs, will give the PLA Navy its first long-range, sea-based nuclear capability. We assess that the Navy will soon conduct its first nuclear deterrence patrols.

Russia has developed a new cruise missile that the United States has declared to be in violation of the Intermediate-Range Nuclear Forces (INF) Treaty. In 2013, Sergei Ivanov, a senior Russian administration official, commented in an interview how the world had changed since the time the INF Treaty was signed [in] 1987 and noted that Russia was “developing appropriate weapons systems” in light of the proliferation of intermediate- and shorter-range ballistic missile technologies around the world. Similarly, as far back as 2007, Ivanov publicly announced that Russia had tested a ground-launched cruise missile for its Iskander weapon system, whose range complied with the INF Treaty “for now.” The development of a cruise missile that is inconsistent with INF, combined with these statements about INF, calls into question Russia’s commitment to this treaty.

In June 2014, Syria’s declared CW stockpile was removed for destruction by the international community. The most hazardous chemical agents were destroyed aboard the MV CAPE RAY as of August 2014. The United States and its allies continue to work closely with the Organization for the Prohibition of Chemical Weapons (OPCW) to verify the completeness and accuracy of Syria’s Chemical Weapons Convention (CWC) declaration. We judge that Syria, despite signing the treaty, has used chemicals as a means of warfare since accession to the CWC in 2013. Furthermore, the OPCW continues to investigate allegations of chlorine use in Syria.