KEEP THE LIGHTS ON: THE THREAT FROM EMP WEAPONS 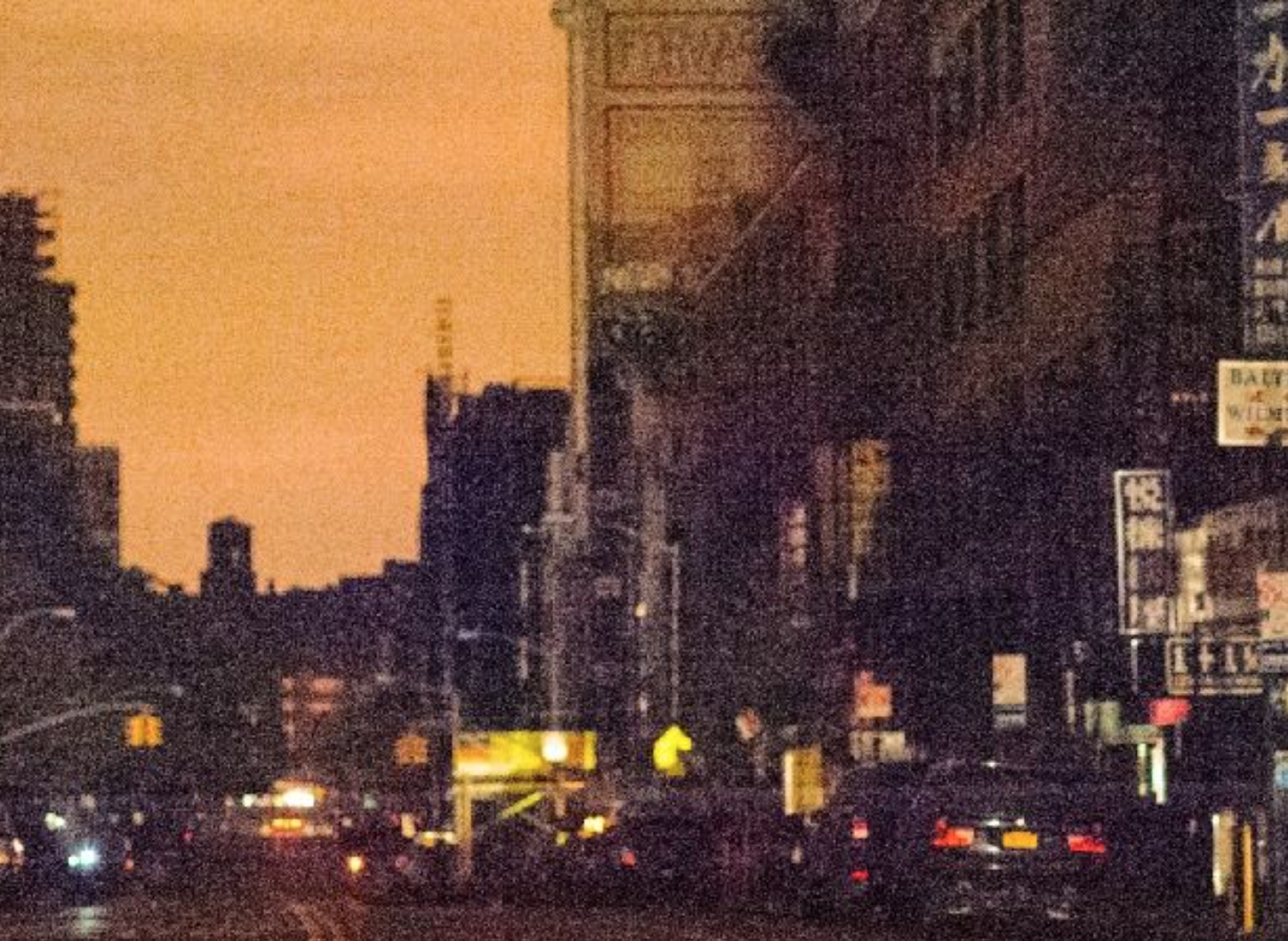 Modern living is intimately connected to the use of electronics. Food shipment, preparation, and storage all depend on refrigeration and other technologies. Critical medical systems must be connected to the power grid. The lights that govern daily life, work, and even traffic are all fed by the nation’s power system. Without power, life in the United States would come to a halt. It should thus come as no surprise that policymakers are concerned about the threat of an electromagnetic pulse weapon, or EMP. EMP weapons have the ability to cripple a nation’s power systems. In fact, a specific type of EMP called the high-altitude EMP, or HEMP, has the capability to neutralize power across the continental United States. Because of the nature of the threat, the United States should take measures to prepare for potential HEMP attacks, including the hardening of US critical infrastructure and the prevention of nuclear proliferation.

The EMP effect, the result of a nuclear weapon detonated in the upper atmosphere, was first discovered during nuclear weapons tests in the 1960s. These tests were very limited, totaling fewer than twenty. Only the United States and the Soviet Union have conducted nuclear tests higher than 20 kilometers above the earth’s surface.1The most famous of these tests—a US atmospheric nuclear test called “Starfish Prime” in July 1962—was not even designed to study HEMP. During this test the United States detonated a nuclear warhead 250 miles above Johnston Island in the Pacific. The results startled US scientists: in space, six US, British, and Soviet satellites sustained damage.1  In Hawaii, 800 miles away, streetlights blinked out and phones, radios, and televisions died.2The Soviet Union found similar results when it tested an atmospheric 300 kiloton warhead. The HEMP blast damaged overhead and underground cables more than 400 miles away.3

The detonation of a nuclear warhead in the upper atmosphere can produce a devastating EMP effect by disrupting the earth’s magnetosphere. A warhead’s detonation creates an immediate dispersion of gamma rays, which in turn scatters free, volatile electrons throughout all altitudes. This is due to a scientific principle called the Compton effect. These electrons become trapped in the Earth’s magnetic field, producing an oscillating electric current. The resulting electromagnetic current that radiates outward is  what generates the EMP effect.4 A large warhead detonated 250-310 miles above the earth over Kansas would affect the entirety of the continental United States.5

The classification of EMP radiation is divided into three levels, organized from highest level of power to lowest: E1, E2, and E3. Most HEMP weapons produce all three levels of radiation, although some smaller warheads are only capable of producing the third. E1 radiation induces high voltages in electrical conductors and is capable of damaging or destroying the communications systems and industrial control systems on which the US power system relies. E2 radiation has an effect similar to lightning. It has much less potential to damage because most power systems already protect against that. E3 EMP results in ground-level currents that can damage or destroy transformers connected to power lines.6

Nuclear HEMP attack from terrorists or nation-states can have devastating consequences. Others—like a HEMP weapon—are capable of causing catastrophic damage across a continent.7 A HEMP attack would cause most electrical devices to fail, cars to stop running, planes to fall from the sky, and critical infrastructure—including sewers, energy, and transportation—to shut down. The attack would permanently damage power transformers and other critical electrical systems. It would likely take a number of years to fully repair the damage caused to the electrical grid.8 The HEMP would temporarily disable but not permanently damage independent components like cars and radios.9

Past blackouts unrelated to EMP have caused severe damage to the nation’s infrastructure. The August 2003 Northeast Blackout shut down more than 200 power plants in the United States and Canada, including a few nuclear power plants. Estimations put the cost of this blackout at $7-10 billion in spoiled food, overtime wages, lost work, repair, and other expenses relating to the disaster, which affected more than one-seventh of the US population.10 If this local blackout was able to cause so much damage, a continental HEMP attack would be vastly more destructive.

There is a fear that ICBMs may be used to launch HEMPs, but that scenario remains unlikely. Only the United States, France, Russia, Britain, and China possess the necessary ballistic missile capabilities. Nuclear weapons have not been used in an attack anywhere since 1945. The concept of Mutually Assured Destruction, or MAD, applies to the use of nuclear missiles as EMP weapons. Such an attack on the US mainland would necessarily represent a nuclear attack; there is little doubt that the United States would respond against the belligerent in full force. US nuclear capabilities would remain fully intact after a HEMP attack.1 Any potential state actor contemplating a HEMP attack would likely be deterred by the United States’ overwhelming nuclear retaliation capabilities. It is true that Russia, China, and possibly North Korea are working on developing “super” EMPs: a smaller-yield nuclear warhead that is optimized to produce E1 gamma rays.7 Yet these nations are likely producing these weapons for defense and deterrence—not attack.

A smaller, regional HEMP attack, however, is not outside the capability of a number of independent actors. Terrorists or rogue states do not have the capability to create sophisticated ICBMs; however, they might acquire a 10-100 kiloton warhead and short or medium-range missile capabilities. Such a missile could be launched from a freighter outside of US territorial waters, eliminating the need for an ICBM. It would not reach the altitude necessary for continental coverage; however, the resulting E1 radiation could neutralize the power for a smaller region of the country, around the size of the average US state.10 According to the House Committee on Homeland Security, Iran has practiced ship-launched EMP attacks with the use of Scud missiles. Numerous nations and even some terrorist groups possess short-range Scud missiles.9 Of the nearly 128,000 nuclear warheads created since 1945, many are currently unaccounted for.3 While it is unlikely that terrorist will obtain a nuclear weapon, it is not outside the realm of possibility.

The United States has taken limited steps to protect against the HEMP threat. Several commissions and respected panels—including the Commission to Assess the Threat to the United States from EMP attack, the Quadrennial Defense Review Panel, NASA, the National Academy of Science, and the US National Laboratories—have investigated the danger of EMPs from nuclear weapons and geomagnetic storms.8 The EMP Commission under the Department of Homeland Security has made available more unclassified data about HEMP weapons than ever before.10 Currently, however, DHS does not have a National Recovery Plan or National Planning Scenario for an EMP event. This first step in preparedness should address these gaps.8 Thankfully, US agencies only need to address the threat of HEMP launched from the earth. No nuclear weapons have resided in space since the UN Outer Space Treaty banned the positioning of nuclear weapons outside Earth’s atmosphere.11

One proposed solution involves hardening US electrical infrastructure against EMP attack. The United States has already hardened its nuclear triad, its missile defense systems, and other critical components of US defense systems.6 The Department of Defense has created initiatives to reinforce US military assets against EMP.12Most commercial and civilian power structures, however, remain unprotected. Estimates by the House Oversight Committee find that this process would cost $6 billion total or around $1.4 billion to protect only major grid control centers.9 While the cost is high, the damage caused by an HEMP attack is likely to be astronomically more expensive. Critical power structures could also be hardened gradually over a multi-year period to make the process more affordable.

While it is unlikely that a nation-state would conduct an HEMP attack against the United States, the possibility for terrorists to employ a localized HEMP weapon still exists. Given the HEMP weapon’s potential to cause catastrophic damage, the threat is too important to ignore. DHS should create and implement a National Recovery Plan and National Planning Scenario for HEMP events. Power companies should work with the federal government to harden national infrastructure. The intelligence community should also continue its efforts to ensure nuclear weapons do not fall into the hands of terrorists or other rogue actors. The US’s modern way of life depends on the continued functioning of these systems. HEMP threatens this way of life.  The United States should take all measures necessary to ensure terrorists do not turn the lights off. ■