BIG BROTHER HASN’T BEEN WATCHING: THE FAILURES OF THE TSA 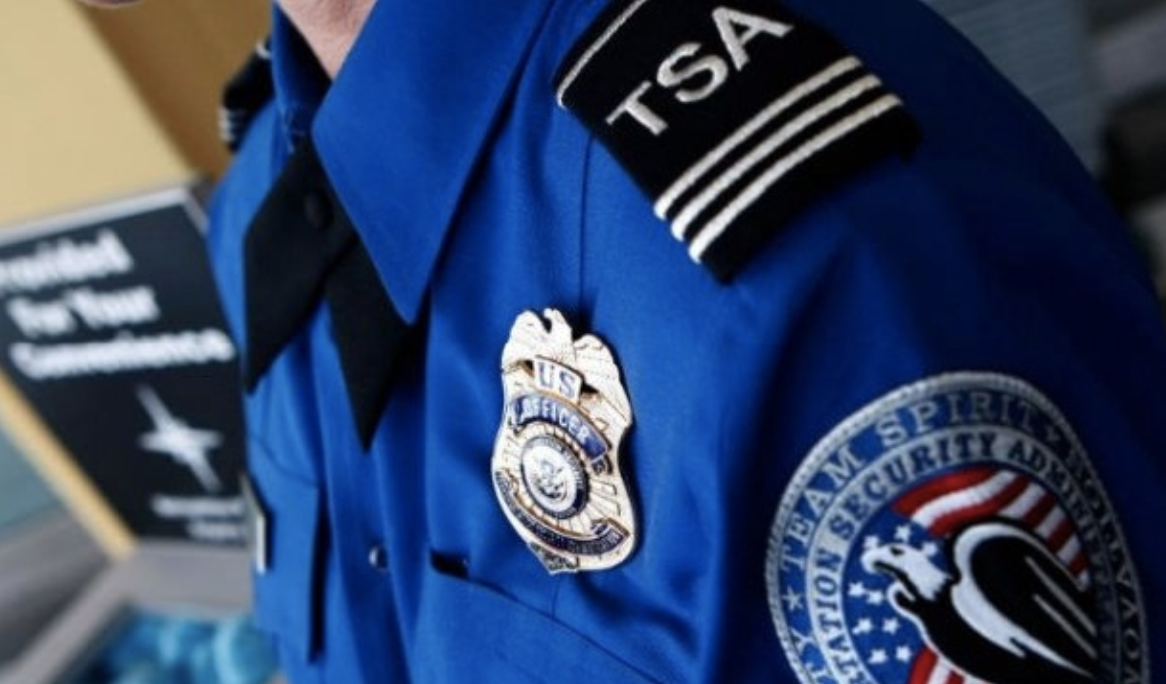 With a fifteen-year record fraught with mistakes, the TSA continues to demonstrate its inability to consistently protect the American public from potential threats.

Throughout its short history, the practices of the Transportation Security Administration (TSA) have been hotly debated. From private citizens concerned about their constitutional rights to elected officials calling for increased efficiency and authority, the TSA has experienced virtually incessant criticism. Most Americans have grown accustomed to the presence of the blue-clad security officers and the uncomfortable practices required with each pass through the security checkpoints. Many have accepted the tight security as a necessary defense against extremists. In June of 2015, however, a report was leaked from a source within the TSA that revealed the incompetence of their screening and detection techniques. With a fifteen-year record of poor security practices, it is clear that the methods and policies employed by the TSA should undergo serious reconstruction so that the Agency will serve to secure the lives of the American people instead of wasting American tax dollars and adding to the stress of travel.

The TSA was created in the wake of the September 11 terrorist attacks with Congress’s passing of the Aviation and Transportation Security Act on 19 November 2001. The organization was tasked with creating policy to protect US public transportation systems, especially airlines, from terrorists and hijackers. Prior to the creation of the TSA, airport security had been handled by private security contractors. The security provided under this system was fundamentally inadequate due to “constant turnover in the workplace coupled with poor training due to unattractive wages and benefits which resulted in the hiring of an unskilled, inexperienced labor force.”1 As a result of these undertrained and unprofessional security offers, the access control of the airports suffered as well. In May of 2000, agents from the office of the Department of Transportation Inspector General utilized forged identifications to bypass all forms of airport security.1

With the creation of the TSA, airport security became the responsibility of a federal level agency under the authority of the Department of Homeland Security. Airport security experienced a sharp climb with the introduction of increased security features including checkpoints with baggage checks and personnel searches. Through the years, the TSA has utilized their increasingly large budget to implement “state-of-the-art technology” to detect threats and maintain security within US airports.

Despite the strict policies that the TSA instated, the Agency has experienced a history speckled with security concerns stemming from faulty technology and poorly trained security officers. When the TSA began implementing backscatter scanners in 2007, some security specialists were concerned. Rafi Sela, an Israeli security specialist known for designing the security system surrounding Israel’s Ben-Gurion International Airport—one of the most secure airports in the world—commented, “You are reacting to incidents instead of being one step ahead of them…I don’t know why everybody is running to buy these expensive and useless machines. I can overcome the body scanners with enough explosives to bring down a Boeing 747.”2

Without considering the claims of Sela, TSA officials continued with their plan to incorporate the backscatter scanners into their security system. However, a few years later, conservative social rights activist Jonathan Corbett decided to test the thoroughness of the system by taking a harmless piece of metal with him through the security checkpoint. He hypothesized that a metal item secured closely to one‘s side could not be detected on the images viewed by the security officials. Corbett’s projections were right and in 2012 he videotaped himself successfully carrying a metal object through TSA security multiple times.3 It was not until 2014 that an official study was conducted by security researches from the University of California at San Diego, University of Michigan, and John Hopkins. They investigated Corbett’s procedure and found that “they could pull off a disturbing list of other possible tricks” including hacking the machinery to install malware, utilizing teflon tape to conceal weapons, or molding plastic explosives to an individual’s body to make it “nearly indistinguishable from flesh in the machine.”4

These events caused many Americans to question the established protocol and wonder exactly what amount of protection was being provided by the federal agency. When the TSA eliminated the use of backscatter scanners in 2013 due to privacy concerns, they incorporated the use millimeter scanners which provide the same service but utilize millimeter waves instead of x-rays.5 As it turns out, these alternate scanners have similar weaknesses that the backscatter scanners possessed. In June of 2015 a report was unofficially leaked stating that the TSA failed 95% of security tests administered by the DHS.6 These tests were designed to assess the security guards’ ability to detect and prevent weapons and other harmful items from making it through security checkpoints.7One subject who had a mock bomb attached to his back was cleared through security after being subject to a full body scan and a pat down during secondary inspection.8 With such an abysmal fail rate, the current threat detection techniques must be acknowledged as deficient and incapable of maintaining the security of the American transportation system.

Of course, the DHS has a thorough knowledge of the procedures that the TSA employs, thus increasing the chance of success. Nonetheless, a 5% success rate remains unjustifiable.  Initial news reports assumed that the DHS representatives who conducted the tests were part of the DHS Red Teams—special teams trained to identify and expose security weaknesses. However, John Roth, Inspector General of the DHS, later clarified and stated that “[t]he testers we used are auditors—these are members of the OIG [Office of the Inspector General] workforce. They don’t have any specialized background or training in this kind of work.”9

Unfortunately, it appears that the breaches made in TSA security are the result of failed technology and poor procedure by the security guards rather than the wit and cunning of an elite testing force. While this information may be troubling, it should not come as a surprise. In 2008, Jeffery Goldberg, a correspondent from The Atlantic, wrote an article highlighting the faulty practices instated by the TSA that the American public trusts to secure airport gates. Goldberg has passed through TSA security checkpoints while having multiple forbidden items in his possession including “…pocketknives, matches from hotels in Beirut and Peshawar, dust masks, lengths of rope, cigarette lighters, nail clippers, eight-ounce tubes of toothpaste (in my front pocket), bottles of Fiji Water (which is foreign), and, of course, box cutters.”10 He also recounts being cleared from secondary inspection without a single question after a security guard discovered a Hezbollah flag within his carry-on bag.10

To make matters worse, Goldman’s escapades were carried out directly under the noses of the TSA’s new Behavior Detection Officers—officers trained to identify threatening individuals based upon their behavior and facial expressions.10 The Screening of Passengers by Observation Techniques program (SPOT) is a training program implemented in 2007 that, according to multiple sources, is quite faulty. In an interview with The Intercept, a former Behavior Detection Officer manager stated, “The SPOT sheet was designed in such a way that virtually every passenger will exhibit multiple ‘behaviors’ that can be assigned a SPOT sheet value.…These are just ‘catch all’ behaviors to justify BDO interaction with a passenger. A license to harass.”11 The Government Accountability Office, a government agency that provides auditing, evaluation, and investigative services for the United States Congress, published a report in 2013 that stated, “…the human ability to accurately identify deceptive behavior based on behavioral indicators is the same as or slightly better than chance.”12 According to Business insider, other studies have shown that only 1% of the 30,000 individuals stopped each year are ever arrested—and never for terrorist related activities.13

Ultimately, the DHS rejected the findings of the GAO due to a disagreement regarding the analysis of the behavior indicators and have stated their intent to reform and improve the program. In their Fiscal Year 2015 Report to Congress, the TSA defended their implementation of behavioral detection methods and pointed out that such methods have been utilized by law enforcement and defense organizations for years with positive results.14 Israeli airports, known for their tight security and lack of incidents despite their dangerous location, regularly depend on their officers’ behavioral detection abilities to apprehend suspicious individuals.15 While Israeli security typically monitors individuals from a single ethnic background, the TSA is responsible for monitoring individuals from multiple distinct ethnic backgrounds, making a single ‘baseline’ of behavior difficult to determine.14 Additionally, while Israeli security services fourteen airports,16 the TSA services approximately 440 airports and 1.9 million travelers per day.14 With such drastic differences, it is unlikely that a carbon copy of the Israeli system would serve the TSA’s needs.

Despite this, the TSA could utilize many valuable practices employed by Israeli airports to increase protection from malicious individuals. By relying upon the ‘human factor’ to secure the areas surrounding airports and reduce the use of expensive and time consuming machinery, the TSA could streamline their security procedures to allow more efficient travel through airports. The current system, which assumes that all threats will be detected at a single security checkpoint, requires every individual to endure the lengthy process of removing their shoes and belt, emptying their pockets, and passing through a scanner. The result is long lines of travelers standing packed together—a prime target for extremists intent on inflicting heavy casualties. But by creating a security system modeled around the idea of concentric circles, observation of the general public would begin at the border of airport property and increase in intensity until the boarding terminal. With such measures, the general public would be under observation for a longer period of time, giving trained individuals the ability to determine which individuals need to be questioned or processed through additional security.15 Security stations would still be utilized, but individuals who are clearly a non-threat would be allowed to proceed uninterrupted to their gate.

Of course, such policies warrant increased standards for security officers. If the TSA continues to ignore the quality of employed personnel and focuses only on the quantity, the current security measures will never improve. The TSA’s training program should be rewritten under the guidance of consultants who have proven experience in psychology, interrogation, and communications so that it is compatible with the newly structured system. Once approved, frequent and consistent tests should be administered to the security teams to insure all procedures are followed correctly and consistently. The TSA should also incorporate ‘plain clothed’ security officers and explosive detection canine teams to increase their ability to monitor travelers and respond to any necessary situations. With such changes, the Agency may create a security system that truly protects the American people. ■