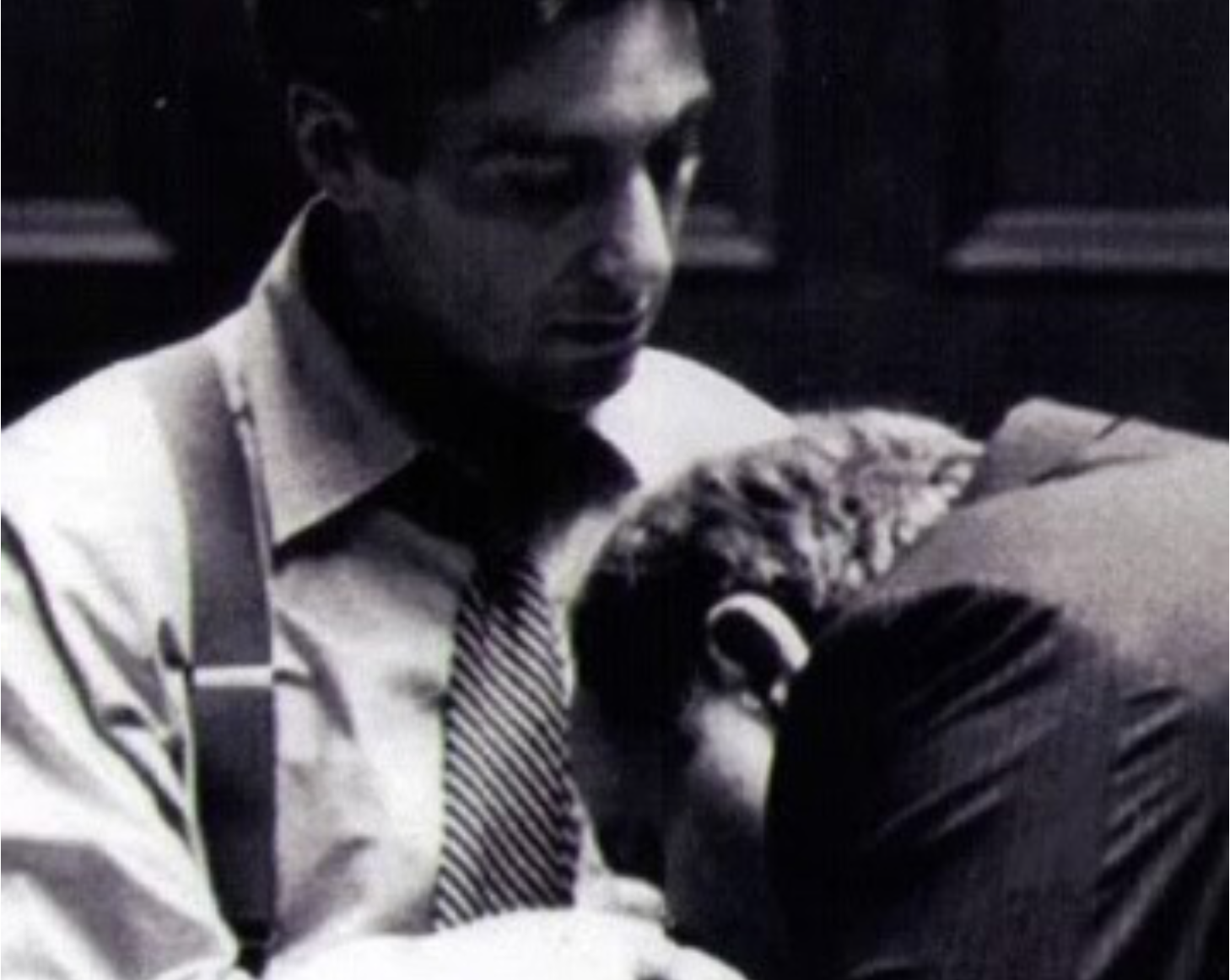 Technology has led to the modernization of criminal activity, from hacking to identity theft to cybercrime.

These headline-grabbing threats are considered some of the most frightening to our individual and national security today.  But often, American’s fascination with the technologically advanced and new can overshadow understanding of more “old-fashioned” threats.  Be they Russian, Italian, or Japanese, mafia organizations maintain not only a fascinating and romanticized aura, but a preeminent foothold in the realm of organized crime.  Criminal gang structures continue to make most of their money from their legacy businesses: extortion, the drug trade, human trafficking, and other avenues. However, while their activities may remain traditional, their methods do not. The US needs to recognize and follow the evolution of criminal structures in order to maintain an efficient anti-crime response.

The term “mafia” is so iconic that it almost precludes definition.  Even highly romanticized films like TheGodfather  portray the mafia’s emphasis on familial structures, a strong sense of duty and honor, and a calculated willingness to do “whatever it takes to get the job done.” However, that character has changed over the years, with the modern mafia exhibiting a more business-oriented structure, and valuing a lucrative profit over honor.  Changes like these have only strengthened the scope and abilities of mafia organizations.

The traditional approach to organized crime emphasized its pyramidal or hierarchical structures.  Mafia organization followed these patterns. It had a central figure, family, or group which served as the authority to which all successive levels underneath answered.1 In the Italian mafia’s case, blood bonds were among the most sacred ties connecting members.  The oath one took to become a member was a solemn, all-encompassing, irrevocable affair, and it was binding until death.  A son turning against his father was an offense punishable by the outermost limits of death, and when it came to matters of core principle such as this, negotiation was out of the question.  Michael Franzese, former New York mobster and captain of the Colombo crime family, illustrated the severity of this phenomenon in his own life. At an interview given for Patrick Henry College’s Newsmaker Series, he discussed being targeted by his father’s men after renouncing involvement with the mafia – an entirely expected course of action for his father to take.

For the Russian mafia, betrayal of the fold was treated with the same severity, but affiliations were less dependent on blood relations.  While a “family” structure still characterized their organization, those families might be augmented by, or artificially constructed between non-related individuals with a common interest.  The level of intense loyalty and adherence to principle was the same.

Donald Cressey famously examined this structure in his 1967 with his written analysis of La Cosa Nostra, a Sicilian criminal hierarchy operating in the US.2 He used this organization as an exemplar of the types of artificial loyalty bonds many mafias tended to employ. From their emergence in the late nineteenth century to the time of Cressey’s analysis, hierarchical family structures still very much characterized the mafia.

However, around the mid-20th century the mafia began adopting the pattern of other organized criminal groups, becoming less tight-knit and honor-bound and more tactical, exploitive, and opportunistic.  Cressey’s analysis pointed this out, exposing a misconception about the continued centrality of the “family” aspect of mafia culture.  While family structure remained an important facet, in reality the mafia was rapidly becoming far more fluid than conventional opinion imagined. Today, the 21st century mafia operates much like any other organized crime group.

Tactical.  Mafia hierarchies have transitioned more and more into sprawling transnational crime networks.  Rather than operating on small trust- and threat-based systems, they have become more oriented toward the “business” of crime.  Targeted killings and internal gang wars have been replaced by tacit financial rivalries, which are quickly globalizing as criminal organizations collaborate through trade.1 Mafia organizations are active in a slew of criminal activities and the scope of their transactions continues to increase.  The common denominator among most modern mafia organizations (Russian, Italian-American, Japanese, etc.) is involvement in the drug trade, but many other illicit activities are included in their operations.  These activities include human trafficking, extortion, illicit gambling exploits, contraband smuggling, and others.

Exploitive.  The Russian mafia earns most of its revenue from human trafficking, in addition to substantial involvement with heroin trade between Afghanistan and Russia.  A dominant Russian mafia collective, Solntsevskaya Bratva, is estimated to have generated upwards of $8.5 billion as the result of its exploits.  A University of Oxford study conducted by Frederico Varese, a professor of criminology and expert in organized crime, assessed that the group is composed of at least ten brigade-style sub-groups that operate with relative autonomy, but still answer to a head council.3 The same study says that the revenue generated by Solntsevskaya Bratva is overseen by that same 12-person council, which often disguises its meetings as festive events or parties.3

The Italian mafia’s American arm has been severely weakened due to law enforcement efficacy in recent years, but in the home country, operations are going strong.  Italy has four major mafia gangs, the most successful of these, Camorra, earning an estimated $4.9 billion.  A 2013 study from the Università Cattolica and the Joint Research Centre on Transnational Crime concluded that, of the estimated $33 billion attained by mafia activities, most of this is divided among the Italian mafia groups.%  Their primary areas include weapons trafficking, counterfeiting, sexual exploitation, gambling, usury, and extortion.^  Most of these aims have remained similar to the age-old “Godfather-esque” operations of the Italian mafia and merely modernized (and with perhaps a few less family feuds turned violent).

The Japanese mafia is also widely active, if less iconic.  Its revenues rise to about $6.6 billion, concentrated in Yamaguchi Gumi, or “Yakuza” as it is referred to in Japan.  This is the largest known criminal gang network in the world.  Their structure is perhaps the one that adheres most closely to the old hierarchical structure, which allows revenue to amass into the central pillar of the gang.  While they of all mafia groups have adhered most closely to a hierarchical structure, they have also modernized their tactics to suit the modern business environment. The Yakuza boasts about half the workforce numbers of the Japanese Self-Defense Forces and reaches “officially” over the 100k mark.4  Unofficially, their supporters and their revenue stream have infiltrated legal Japanese businesses, predominantly in “spa communities” across the nation.5

Opportunistic.  Affronts to honor and breaches of family trust are far less of a concern in the modern mafia scene. Despite American’s budding fear and fascination with technological crime, the reality is that “classic” crime causes far more financial damage in the long run.  Estimates of pure revenue from the drug trade and human trafficking in the US, in which the mafia plays an integral role, has reached $34 billion annually.  For comparison, total annual loss to Americans due to identity theft is averaged around roughly $20 billion. The majority of those costs, moreover, come from efforts to prevent identity theft or recover from its effects, rather than what thieves actually earn from their crimes.6,2

The mafia’s changing character across the globe should have a profound effect on how the US understands the types of threats the various groups pose.  Mafia structures no longer abide by the conventions of a familial structure and an esoteric set of targeted goals.  Rather, they are business-savvy and multifaceted criminal gang networks, and thus the way the US deals with their illegal activities should reflect those characteristics.

The US generally tackles “organized crime activities” through the RICO Act, which imposes civil penalties for any racketeering activity performed as part of an ongoing criminal enterprise.  The activities enumerated under this act (drug trafficking, counterfeiting, bribery, money laundering, etc.) cover most of the activities from which the mafia derives its primary gain.  Conviction under the Act requires proving that a defendant engaged in two or more instances of such activities and that he directly invested in, maintained an interest in, or participated in a criminal enterprise affecting interstate or foreign commerce. Establishing proof requires a thorough ability to target, recognize, and trace illicit activities back to their sources—and this is accomplished especially well by tracking monetary exchanges. The importance of financial intelligence is growing rapidly, in large part due to the threats posed by organized crime.

This is no mistake, and a finance-centered approach to fighting crime in the US should continue to be developed and refined. Such an approach achieves several ends.  As one example, it expands the picture of the threat itself. Rather than tracing organized drug trafficking in the US merely to the American-Italian mafia and stopping there, for example, following the trail of finances further back to native Italian “master hubs” will reveal a much more complete picture of this network-based threat.  As another example, financial analysis is helpful in determining what legal businesses the mafia has infiltrated, and whether the businesses are being used as revenue sources or as filters for laundering money. Understanding the relationships between patrons, clients, and the network structures that connect them is crucial to following the money properly. Such networks are quickly replacing the mafia’s historical emphasis on familial links, and to approach the modern structure with a historical mindset will only serve to confuse any criminal investigation.1  The US strategy in approaching the mafia should accommodate the evolution of the modern mafia’s structure, goals, and areas of influence. ■