PERSIAN SUBVERSION: IRAN AND THE HOUTHIS 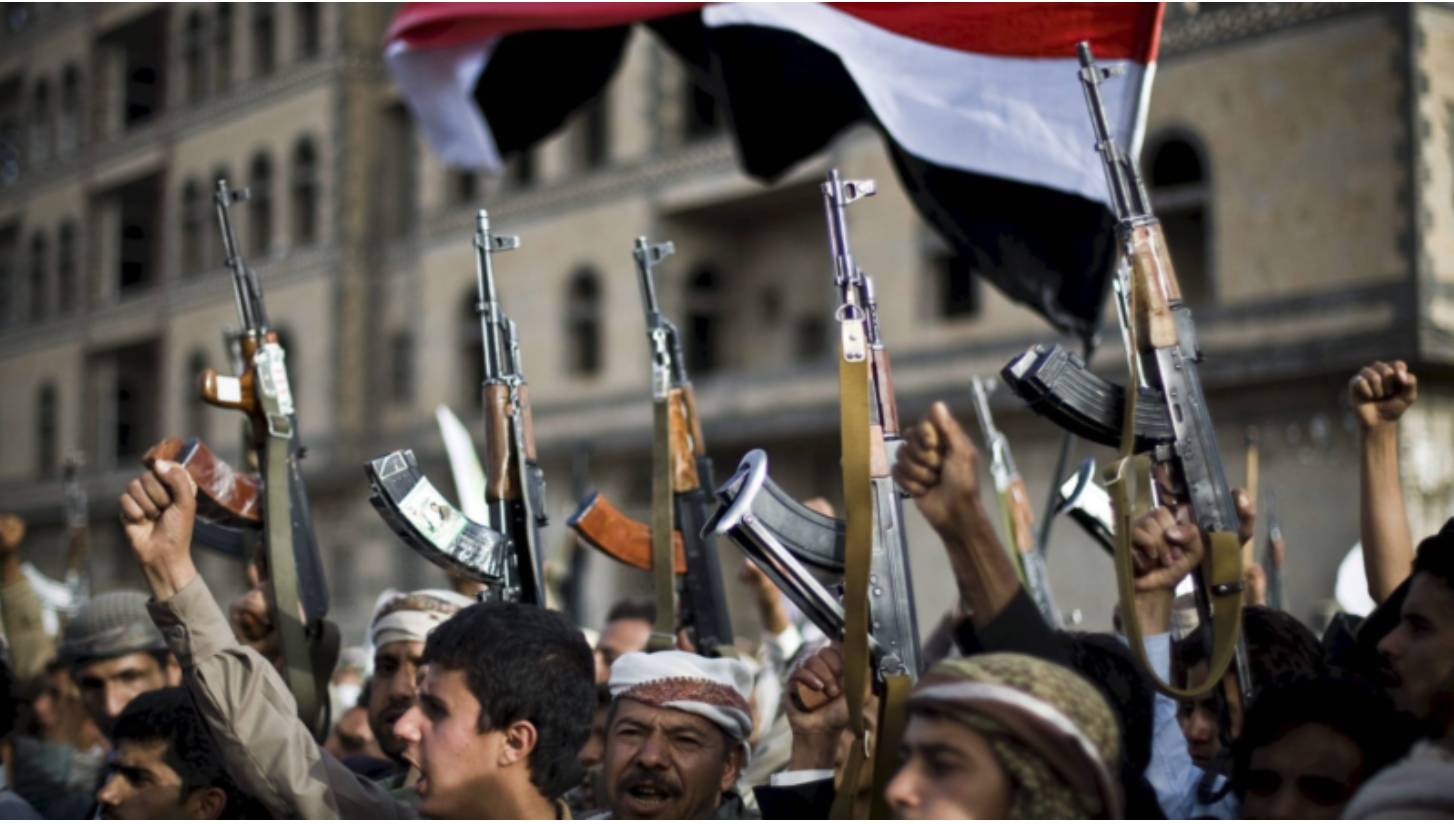 I
ran has increasingly provided support, including weapons, to Yemen’s Houthis to strengthen the Iran’s regional position. The ongoing Yemeni Civil War has become a proxy war between Shi’a Iran and Sunni Saudi Arabia. Although neither Iran nor the Houthis have publicized details of support provided, Iranian aid has benefited the Houthis. As the United States monitors the conflict and considers a response, it must recognize the sectarian differences between Iran and the Houthis. These differences help explain the lack of a formal alliance between the two actors. Despite the differing religious viewpoints, Iran is likely to utilize the Houthis as an inexpensive tool in its rivalry against Saudi Arabia.

The Yemeni Civil War is a conjuncture of rivaling actors, interstate dynamics, and decades of history. Since the creation of Yemen in 1932, Saudi Arabia, its larger and more powerful neighbor, has viewed Yemen as its private backyard. Saudi Arabia has repeatedly intervened in the country’s internal affairs and conflicts.1 The current conflict centers on the Houthis, a militarized religious-political movement, fighting against the central Yemeni government. Saudi Arabia intervened in the civil war in 2015 to back President Abdrabbuh Mansur-Hadi after he was ousted from the capital city by the Houthis. Saudi Arabia leads a coalition of Middle Eastern and North African countries providing support to the central government.2 Government and coalition forces hold most of Yemen’s territory in the south and east. The Houthis control most population centers in the northwest, including Sana’a, Yemen’s capital and largest city. The conflict has claimed more than 10,000 lives. Two-thirds of the population is “food insecure,” and the country is on the brink of famine.3 Iran has provided financial, media, political, and military support for the Houthis throughout the conflict. Iran has provided training and expertise for Houthi forces at camps run by Hezbollah in Lebanon and by the Islamic Revolutionary Guard Corps in Iran.4 Reflecting on support provided by Iran-backed Hezbollah, a Hezbollah fighter commented, “[The Houthis] trained with us in Iran, then we trained them [in Lebanon] and in Yemen.” At least 23 Iranian soldiers have been killed or captured in Yemen.4 Iran is now sending Afghan Shiite fighters and Shi’ite specialists to train Houthi units and act as logistical advisors.56 Houthi’s television channel, Al-Masirah, is broadcast from Beirut with assistance from Hezbollah.7 Iran has also offered to support infrastructure projects, send humanitarian aid, and resume regular flights between Tehran and Sana’a.7 Many Houthi leaders have personal and business ties to Iran. Houthi members have intermittently resided in Iran, and many still own property and manage investments there.2

In the past year, Iran has increased advanced weapons support for the Houthis. Focusing on areas where the Houthis lack experience and resources, Iran has provided strategic planning and military specialties dealing with complicated and strategic weapons.2 Arms have begun appearing in Yemen that can be linked back to Iran. A U.S. defense official noted, “There is no plausible explanation for these weapons’ appearance other than outside assistance. We assess that assistance has likely come from Iran.”5 Such assistance includes the Qasef-1 UAV drone used to target coalition missile defense systems and modified ballistic missiles.5 Iran probably uses ships to deliver arms and supplies either directly or via Somalia. The cargo is transferred to small fishing boats to go undetected once near the coastline.

Although Iran desires a Houthi victory, Iran and the Houthis are neither allies nor ideological brothers. Both Iran and the Houthis subscribe to Shi’a Islam. In contrast, Yemen’s central government and Saudi Arabia follow Sunni Islam. While Iran is standing by fellow Shi’a Muslims, there are fundamental religious disparities between Iran and the Houthi movement. The Houthis do not follow the Shi’a tradition predominant in Iran. Instead, they adhere to Zaidism, a practice closer to Sunni Islam.2 Both parties do hold similar geopolitical perspectives. The Houthis use the “Death to America” slogan that originated in Iran.8 They emulate Iranian hostility towards the United States and Israel. Iranian Brigadier General Massoud Jazayeri affirmed, Iran “feels its duty to help the people of Yemen in any way it can.”6 Despite this apparent duty, Iran still does not view the Houthis as a peer or strategic ally, instead preferring to instrumentalize them for regional goals.2 The Houthis also are not eager for a defined partnership with Iran. They hold greater loyalty towards proxies like Hezbollah, the Syrian regime, and Iraqi Shi’a militias.6 Iran views its involvement in the Yemeni Civil War as strengthening its broader regional posturing against Saudi Arabia. The conflict has become a proxy war between Iran and Saudi Arabia. The outcome could reshape the balance of power in the Middle East. Supporting the Houthis provides Iran an inexpensive means of building a Shi’a stronghold in Saudi Arabia’s backyard. A Western diplomat stationed in the Middle East explained, “Iran has long been trying to cultivate portions of the Houthi militias as a disruptive force in Yemen…This is not to say that the Houthis are Hezbollah, but they do not need to be to achieve Iran’s goals, which is to encircle the Saudis, expand its influence and power projection in the region, and develop levers of unconstitutional pressure.”5 After the Houthis took control of Sana’a in 2014, Iranian Parliamentarian Alirez Zakani proclaimed that after Beirut, Baghdad, and Damascus, Sana’a is now the fourth Arab city to have joined the Islamic Revolution.7 Every Shiite-controlled city in the Middle East forms an integral part of Iranian foreign policy to expand its influence and counter Saudi Arabia.7 The Houthis have joined Iran’s “Axis of Resistance” and are now part of its foreign policy.6  ■