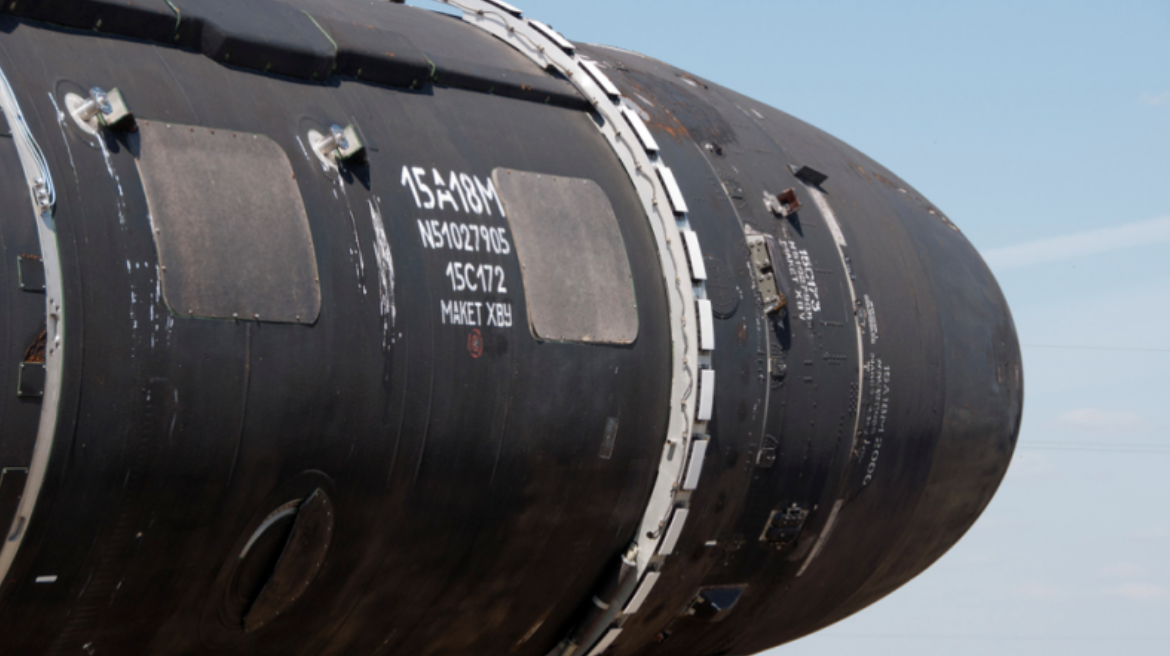 IN JANUARY 2017, CHINA DEPLOYED NUCLEAR DF-41 ICBMS TO THE NORTHERN CHINESE PROVINCE OF HEILONGIJIAN ALONG THE RUSSIAN BORDER.

Most news outlets and officials have interpreted this action as a show of strength to the new Trump administration. Moscow responded by affirming China’s prerogative to develop its military forces and reiterating its commitment to the close ties between the two Eurasian powers.

Photos taken of a military vehicle carrying a DongFeng-41 long-range ballistic missile and exposes China’s move to the internet. A state-run Chinese newspaper called the Global Times attributed the source to “some Hong Kong and Taiwan media.”1 The pictures were taken in Heilongjiang Province, located in the top northeastern region of the country. The province is approximately 500km away from the city of Vladivostok, one of Russia’s major eastern administrative centers. Although China has not yet revealed the DF-41 to the general public, it is estimated to have a range between 12,000-15,000km.2 This missile class offers a significant advantage over previous Chinese ICBMs, like the DF-31, which only had a range of 8,000-11,700km.3 The Global Times reported that “some media” sources believe the Chinese military intentionally revealed the missiles in response to the inauguration of US President Donald Trump.1

Tensions between the Trump administration and China have been rising since December 2016. President Trump broke from historical protocol by accepting a congratulatory call from the president of Taiwan in December 2016.4 He is the first president to have spoken to a Taiwanese leader since 19795 when the US severed diplomatic ties with Taiwan and recognized Beijing’s “One China” policy.6 Some sources believe China responded to this action by seizing an unmanned underwater drone in the South China Sea. Harry Kazianis of the Center for the National Interest said “this was very likely a highly planned and escalatory move to show China will not take matters lightly.”7 Trump defended his actions in January, stating that “everything is under negotiation, including One China.”8 During his confirmation hearings, Trump’s nominee for Secretary of State Rex Tillerson stated the US would not tolerate China’s continued expansion into the South China Sea. He compared the Chinese creation of artificial islands in the South China Sea to “Russia’s taking of Crimea.”9White House Press Secretary Sean Spicer affirmed Tillerson’s position, stating “The US is going to make sure that we protect our interests” in the South China Sea.10 One spokeswoman for the Chinese Foreign Ministry, Hua Chunying, responded to these comments by reaffirming Beijing’s “indisputable sovereignty” over the islands.11 She continued by urging the US to “respect facts and speak and act cautiously to avoid damaging peace and stability in the area.”11 While missile deployment may escalate tensions with the West, Russia does not view this development as a threat. Kremlin spokesman Dmitry Peskov said “We do not regard China’s efforts to develop its armed forces as a threat.”12 He went on to say that even if these reports were accurate, “We see no risks for our country.”12 Moscow’s aloof response can largely be attributed to the location of missile deployment. The DF-41 has a dead zone of around 3,000km. Virtually all of the Russian Far East and Western Siberia is too close to Heilongjiang Province to be considered in jeopardy. According to Konstantin Sivkov, President of the Academy of Geopolitical Problems, if China intended to use these missiles against Russia, they “should have been stationed deep inside mainland China or on its southern border.”13 Furthermore, China has been able to target Russia for years using the new missiles’ predecessor, the DF-31.14 If Russia were the intended target, there would be no need to deploy the new and improved model. Although Russia may not be an optimal target, Sivkov believes the Chinese missiles could be used to reach targets in the United States, Canada, and Europe. Deployment in Heilongjiang would allow the Chinese missiles to “use a more advantageous northern strategic route… thus bypassing the US missile defense.”13

This incident demonstrates the close ties between Russian and China as well as their dedication to the principle of mutual trust. 2011 marked the ten year anniversary of the “Good-Neighborly Treaty of Friendship and Cooperation.”15 It was the first treaty signed by the two Eurasian powers since Mao Tse-tung signed a treaty with Joseph Stalin in 1950.16Among other things, the treaty detailed various geopolitical, military, and economic joint actions to offset a perceived US hegemony.16 In 2011, China and Russia expanded this commitment by declaring they are “each other’s principle and most important strategic, cooperative partners.”15 Former Chinese President Hu Jintao specifically stated both countries pledged to always adhere to equality and mutual trust, mutual benefit, mutual respect, and mutual support.17 Evidently, this trust extends to shows of nuclear strength in light of rising tension between other international leaders. ■