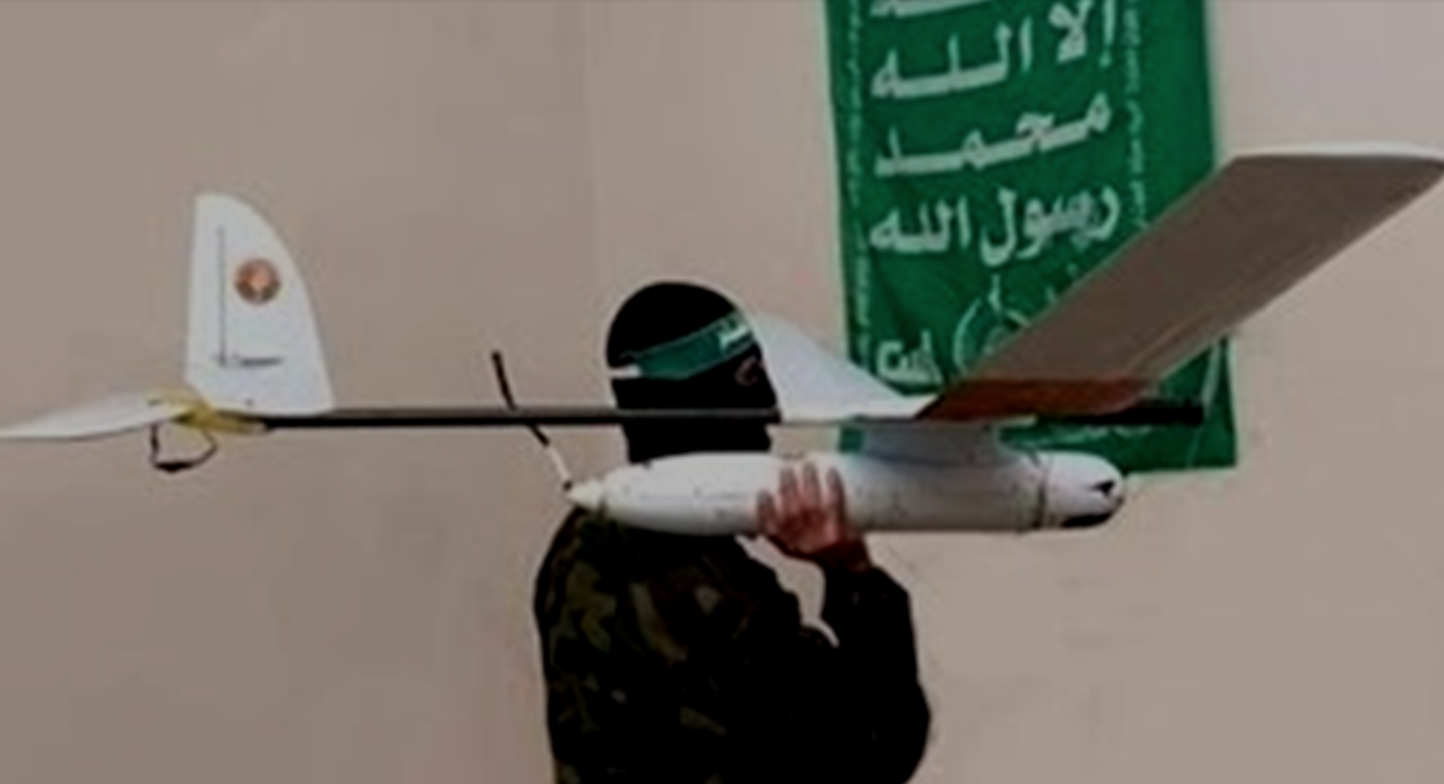 In October 2016, some  Kurdish soldiers on patrol shot down a small drone in Northern Iraq. ISIS had been known to use these remote-controlled devices for surveillance purposes, so the soldiers brought the drone back to their base to examine more closely.  As they were working on it the drone suddenly exploded, killing two Kurdish soldiers and wounding several others. This event is notable for possibly being the first recorded instance of ISIS drones causing fatalities.

As the fight against the terrorist organization drags on in Syria and Iraq, the Islamic State’s use of these unmanned devices has grown into one of their primary tactics for attacking their enemies.  The ongoing battle for Mosul, the largest city still under the control of the Islamic State , is a prime example of how terrorists are utilizing drone technology. Islamic State propaganda videos show a variety of different drones. The drones used in one video appear to be have come from China, such as the Chinese Skywalker X8 drone. The X8 is hardly a proprietary technology smuggled out of a secret military facility though.  In fact, they can be bought by anyone anywhere in the world from AliExpress, a Chinese website similar to Amazon or Ebay, for less than 200 US Dollars.

ISIS initially used drones for mainly  surveillance purposes, keeping an eye on enemy troop movements and locations. Some of the  drones in use come factory equipped with a capable of recording in high definition, while others are compatible with a GoPro or similar portable camera. The cameras broadcast live video back to the drone operator, where it can be recorded for later analysis and published online.

Drones are also used to guide and film car bombings behind enemy territory. These videos are then posted online with triumphant slogans and foreboding soundtracks for propaganda purposes. This development has been a marketing coup for ISIS.  Most suicide attacks cannot be recorded, since they regularly occur behind enemy lines and the attacker obviously can’t bring back a video. Now though , the drone allows the group to broadcast the giant explosions in vivid high definition. In recent months, the Islamic State has used their drones for more aggressive purposes. Their initial attempts at drone attacks were crude. Militants would attach explosives like the warhead of a rocket-propelled grenade to a drone and then crash it kamikaze-style into the enemy.

ISIS’s drone attacks are now more sophisticated. It all starts with a quadcopter drone called the Phantom, made by a Chinese tech company called DJI. Like the X8, Phantom drones are readily available around the world and are quite popular in the United States (you can buy them on Amazon). The Wall Street Journal called the Phantom “the Model T” of the civilian drone industry. In terms of military utility, the Phantom’s four vertically oriented rotors allow it to hover in the air in a way the X8 and other fixed-wing drones cannot. ISIS militants have also given the Phantoms an important modification: a tube with a trapdoor mechanism attached to the drone’s underbelly. Inside this tube, the militants place pressure-triggered devises such as rifle grenades that explode upon impact, rather than with a timer.

Modified quadcopter used by ISIS and recovered in Mosul by Iraqi security forces. Note the added grenade tube as well as the standard HD camera above it

Some experts have suggested the munitions themselves may be modified as well, for timing and accuracy purposes. These alterations upgrade the drone from simply  a surveillance device or flying bomb into a deadly, reusable tool. They have become a powerful new source of propaganda for the Islamic State. The group has published numerous videos showing bombs being dropped into groups of soldiers, Humvees, and even tanks.  While they are selectively edited and there is no way to know precisely how accurate the drone bombs are, the videos underscore how much ISIS values this new tactic.

Responding to the use of drones by ISIS has become a priority for the US in the past year. Glimpses of the tools the military is using to combat ISIS’s drones have begun trickling out of the conflict zone.  Someone at a Marine Fire Base in Iraq tweeted a picture of a Battelle “DroneDefender” anti-drone rifle that was apparently being used in battle. The DroneDefender works by shooting an electric frequency at the target, rendering the electronic systems used to track and control the drone inoperable.

Tools like the DroneDefender  have their flaws though, the most significant of which is their cost. Anti-drone systems cost significantly more money to deploy than the couple hundred dollars it takes to buy a quadcopter. US Gen. David Perkins made headlines last week when he announced that a US ally had used a $3 million Patriot missile to destroy a single small ISIS drone. The Pentagon has also requested $20 million from Congress to conduct additional research into combatting civilian drones on the battlefield.

The biggest implication of ISIS’ use of civilian drones looking into the future is how it may be used and copied by admirers around the world, rather than on the frontlines.  In 2011, a man was arrested for plotting to use small consumer drones to target the Pentagon and the Capital building. While he did not have any known association or inspiration with ISIS, the FBI did say that he became inspired to action after viewing jihadi websites. It is highly likely that more drone-related terror attacks will be attempted.  Lone-wolf attacks inspired by jihadist propaganda have more than doubled in this decade than the 2000s (albeit just from 6 attacks from 2000-2010 to 20 so far this decade.)

It would be chillingly simple to carry out an ISIS-style drone attack in the US. The drones themselves are readily available for purchase. Imagine a self-radicalized terrorist drove to the room level of the Union Station parking garage in Washington, DC with a drone modified to drop explosives in his trunk. From there, that person could deploy and direct the drone over the US Capitol building, the White House , or any of the numerous crowds visiting the National Mall. The only modifications required to create his weapon would be attaching something as simple as a tennis ball can onto the bottom of the drone. Drone usage is banned entirely in the greater D.C. area. However, enforcing a no-fly zone for drones is much harder than one for airplanes and helicopters. A quadcopter weighing less than 50 pounds is significantly easier to conceal than, say, a Cessna. Further, the ability to operate a drone remotely would make it simple to work without detection.

The use of drones by ISIS will continue to be a key problem for our government to address. It is an issue that affects battlefield tactics, counter-propaganda and cyber ops, and has the potential to soon become a counterterrorism issue in the homeland as well. It remains to be seen if the Department of Defense can come up with solutions that are cheap, while still being effective.  ■

Modified quadcopter used by ISIS and recovered in Mosul by Iraqi security forces. Note the added grenade tube as well as the standard HD camera above it